Creating A Car That Takes The Cake

When Buddy Valastro, star of TLC’s “Cake Boss,” was asked to make a NASCAR-themed cake, the result was one of his most outrageous creations to date. The size of a real race car, the cake came complete with a hood that lifted to reveal the engine inside.

“This NASCAR cake is amazing,” Valastro said during the “Cake Boss” episode. “It took a team of 56 people and four days to complete this cake. It really, really looked like a NASCAR, it was the biggest cake I’ve ever frickin’ seen, it was huge.” So huge, in fact, it required 12,000 pounds of cake, 50 buckets of buttercream icing and 50 yards of fondant (which is equivalent to half a football field).

The cake was also detailed to look like a real race car, from the hubcaps and rims on the wheels to the cables and spark plugs on the engine — which was hoisted into the car cake on chains, just like you’d do with a real race car.

Volkswagen ID.X concept: is this the GTI of tomorrow?

Except in this case, you could eat the engine. And the tires. And the car.

While this isn’t a project for amateurs to attempt during a pandemic-fuelled baking frenzy, it will soon be possible for Canadians to order their own custom car-themed cake from Carlo’s Bake Shop. Valastro’s family-owned bakery in New Jersey, which already operates cake vending machines in the GTA, will be opening its first Canadian location in Port Credit this spring or summer.

“The car theme is definitely popular and the sky’s the limit in terms of imagination and creativity,” said Chris Zownir, partner with Carlo’s Bakery Canada. “Buddy is a car enthusiast, and he has a passion for cars and a great eye for detail — and is known for making his cakes very realistic.”

While a life-size NASCAR cake might be a bit over-the-top for most, car-themed cakes are popular, even among celebrities. Chrissy Teigen and John Legend ordered one from Carlo’s Bake Shop last May to celebrate their two-year-old son’s birthday — a rectangular cake topped with a red-and-white striped race car on a fondant track, complete with mini fondant palm trees.

When the Canadian bake shop opens it doors, it will offer Buddy’s signature cakes, cupcakes and cannoli, but customers can also personalize their own cakes (from templates via the cake builder app) or order a completely custom cake. “On top of that, if someone has a desire for something very extravagant, that can be done by Buddy and his team in New Jersey and have it shipped up to Canada,” said Zownir.

But whether the cake is for a car aficionado or a two-year-old’s birthday party, bakers shouldn’t sacrifice taste in their quest for an Instagram-worthy creation. For example, most people prefer the taste of buttercream frosting to the taste and texture of fondant, which is made of powdered sugar, corn syrup and water mixed with gelatin and glycerin for shaping. Fondant, however, has a playdough-like consistency that helps to create a smooth surface on a cake and can be used for making 3D shapes that would be impossible with regular icing.

Amateur bakers can use a combination of both; in fact, buttercream icing should be used underneath fondant, so it adheres to the cake. Specialty stores sell pre-rolled sheets of fondant or dough you can roll out yourself. Fondant hardens when cold, so the cake should be served at room temperature.

If you plan to make your own car themed cake, Valastro recommended using decorator’s buttercream frosting (a mix of butter and vegetable shortening, instead of just butter), which holds its shape better than regular icing. He also recommended using food-colouring gel because it’s more concentrated than liquid colouring, providing a more saturated colour.

Creating a memorable cake comes down to the details — like hubcaps and rims on the wheels of a car cake. But the trick to creating something truly memorable? It should taste as good as it looks. 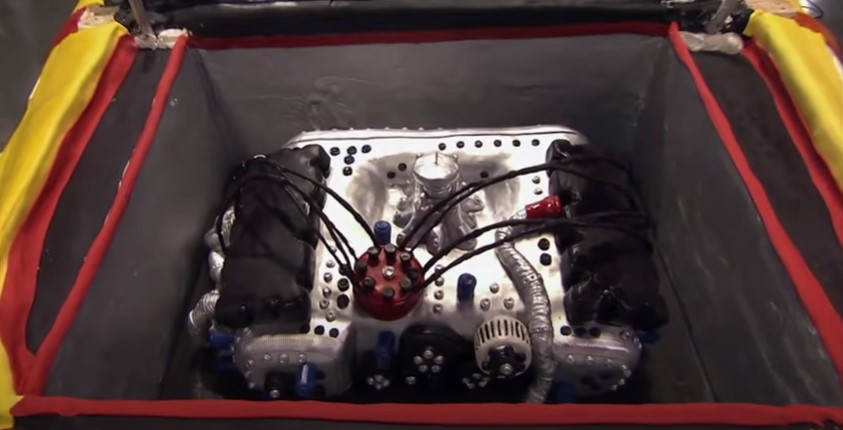 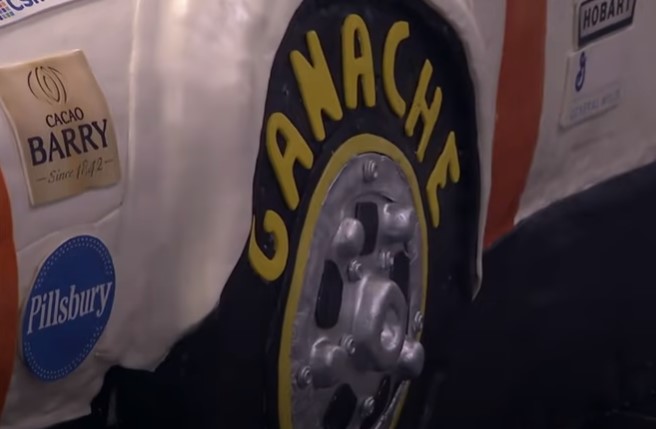 Drive your cake and eat it too

IndyCar champion Michael Andretti recently drove an edible car cake to set two new Guinness World Records — including the fastest edible car at 17 mph. The car cake was created by celebrity cake artist Mike Elder of Black Sheep Custom Cakes, who worked with bakers and engineers alike to create a concoction that could be driven (and then eaten). Guinness required the car cake, which was push-propelled, to be 90 per cent edible. 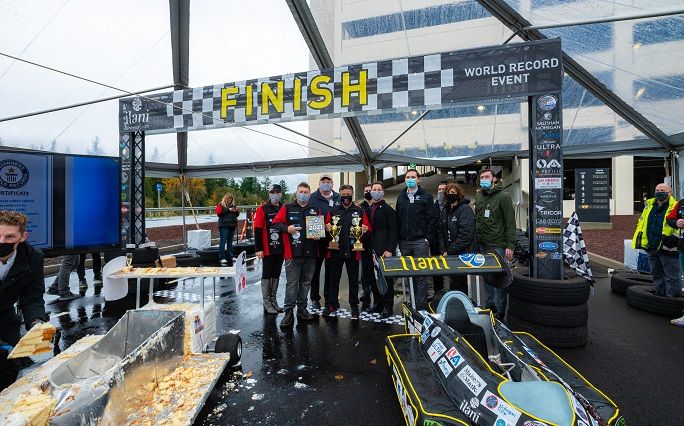 The post Creating A Car That Takes The Cake  appeared first on WHEELS.ca.