Ferruccio Lamborghini: A love for vehicles and a desire for revenge created a new powerhouse

Ferruccio Lamborghini was supposed to be a farmer from the start. He was born in the small Italian village of Renazzo and from an early age it was clear he was into things more mechanical than seasonal. He didn’t want to be a farmer as much as he wanted to learn how to take the farm equipment apart, then put it back together. He was fixated on fixing anything he could get his hands on.

After studying industrial engineering in Bologna, Lamborghini got his first taste of advanced technology. Assigned to the Greek island of Rhodes during the Second World War, he was put in charge of vehicle maintenance. He was so good, even after the island was captured by the Allies, Lamborghini would wind up fixing their vehicles.

When Lamborghini finally returned home after the war ended, he set out to build a better tractor by using parts from military vehicles he had brought back with him. In short time he formed his own company. Lamborghini’s workhorses quickly became known as the best in Italy and Ferruccio began organizing tractor pulls in his hometown just to show their superiority.

With success on his side, Lamborghini established a second factory to build air-conditioning and central-heating equipment. This enterprise made Ferruccio even more wealthy, and he was soon one of the richest men in Italy. As a result, he bought several exotic cars: a Mercedes SL300, a Jaguar and a Ferrari 250GT, to name a few. Lamborghini was many things, including being man of perfection. That’s exactly where the Ferrari fits in, and the legend grows.

In the early 1960s, Lamborghini recognized Ferrari’s commitment to racing, but questioned the reliability of its road cars. Lamborghini’s 250GT fell into that category. After multiple problems, and multiple repairs (the last of which included a failing clutch), he decided to take up the issue with Enzo Ferrari himself, a neighbour at the time. Lamborghini went to the Ferrari factory, found Enzo and told him exactly what he thought of his cars. Ferrari, obviously, was filled with anger and emotion.

“You stick to tractors and let me build the sports cars.”

With a shaking fist and a red face, the snorting bull was born.

Lamborghini decided he would beat Ferrari where it hurt the most. Working out of a corner of his tractor factory, just 15 kilometres from Ferrari’s offices, Lamborghini set out to create the perfect sports car. He hired the best men, created the best parts and built his dream from the ground up, one sketch and one part at a time.

His doctrine was simple: His cars would be faster, stronger, more powerful and reliable. He would personally ensure the latter. He would listen to customers and make sure they were happy with what he produced. 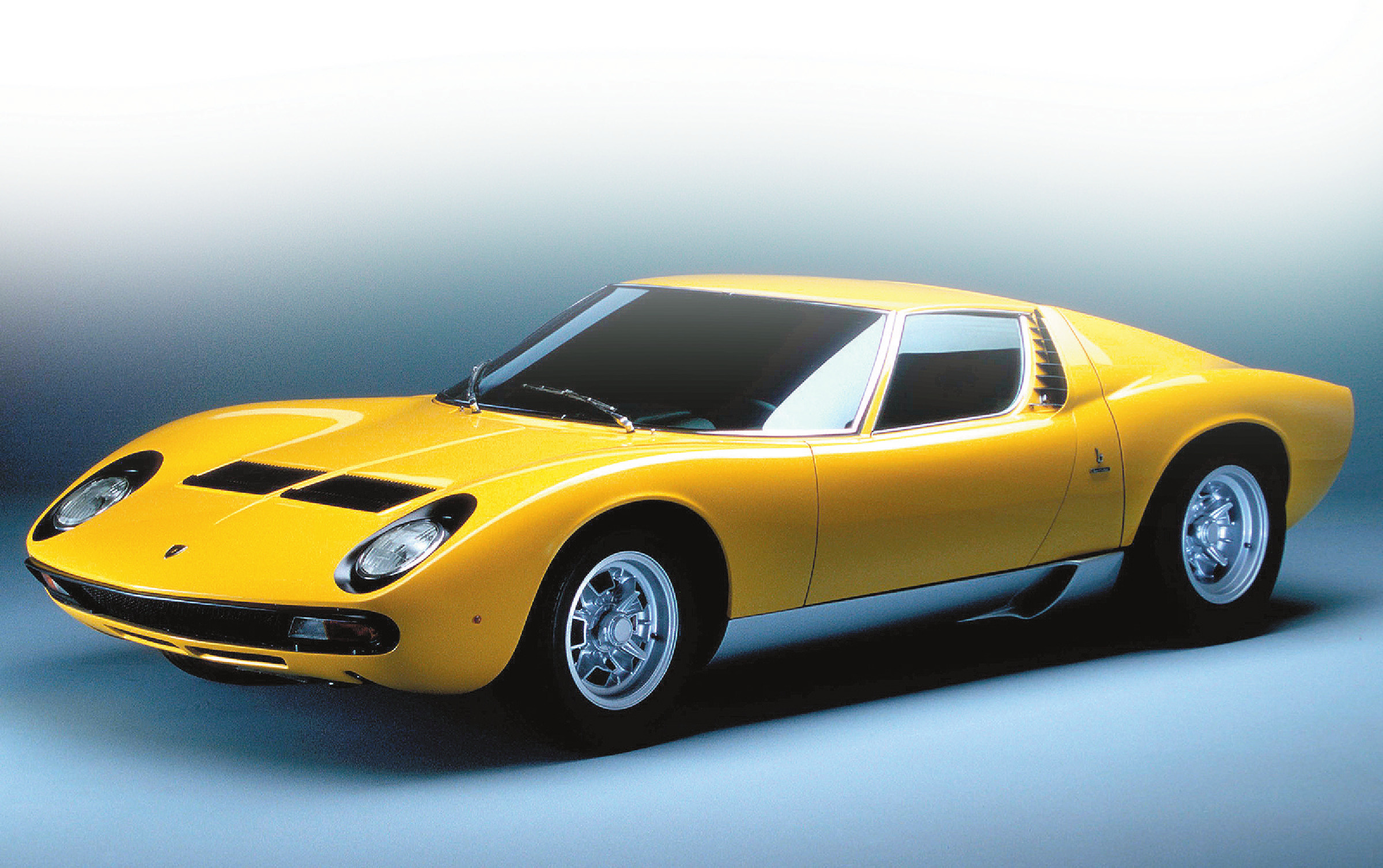 Through the long days and nights developing the car, Lamborghini was the first to arrive and the last to turn off the lights. Two years later in October 1963, Lamborghini Automobili was born. A new factory took the prototype from a sketch to the showroom floor. A new car, the Lamborghini 350 GTV, eventually took the auto world by storm, breathing life into a once-exclusive club of auto manufacturers.

The first production Lamborghini — the 350 GT — arrived six months later. It was introduced at the 1964 Geneva, Switzerland, auto show in March to great reviews. Only 13 cars were built that first year at a $13,900 sticker price. It was an immediate departure from the norm: a two-door, two-seat fire-breather with a V-12 engine that put the world on notice. And year after year, the factory in Sant’Agata produced cars that were expressions of that same beauty and passion. Fast, daring and different.

From 1963-’72, the company grew at a steady rate, but by the early 1970s, Lamborghini ran into an insurmountable problem. An oil embargo and a worldwide recession resulted in a dramatic reduction in sales. Lamborghini was forced to sell 51 per cent of his company to Swiss businessman Georges-Henri Rossetti. By 1974, Lamborghini was completely out, forced to watch as his company teetered near bankruptcy before being saved by a Bologna businessman, then Chrysler Corporation, and ultimately, Audi.

As for Ferruccio, he retired to his estate near Perugia in southern Italy where he began making wines and constructing a small private museum of Lamborghini cars, including his favourite, the Miura.

Ferruccio Lamborghini died in February 1993 at 75, his signature intact, his car still a player.

The mystique of Lamborghini Automobili is related to the man who had the inspiration, the skill and the determination to turn a dream into reality.

AUTO LEGENDS: All through July and August Wheels will pay tribute to the people and vehicles that have become legendary in the world of automobiles. Next week we take a look at Harvey Firestone and the Mini Cooper.

The post Ferruccio Lamborghini: A love for vehicles and a desire for revenge created a new powerhouse appeared first on WHEELS.ca.