Since 2017, Honda has been developing a new way to help prevent collisions called Safe Swarm that uses vehicle to everything (V2X) communication to allow cars and trucks to communicate with each other, with emergency vehicles, and even with the roadway itself to help make roads safer. Now the automaker is testing the services on the road with the help of Verizon and the University of Michigan’s MCity autonomous and connected vehicle facility to show how the system could help save lives.

The system uses sensors in the vehicle like speed, position, and direction, as well as relying on infrastructure changes like smart cameras mounted at intersections as well as safety alerts sent by emergency vehicles to the network. It’s the 5G technology and a new network architecture called mobile edge computing that makes it possible.

Today’s 4G cellular technology offers data transfer speeds of around 30 Mbps, on the slower end of your home internet DSL technology circa 2001. The fifth-generation of wireless cellular technology – 5G – can handle speeds starting at double that and then to as high as 1,000 Mbps. That’s more like modern household fibre internet, and it allows nearly everything around you to send massive amounts of data in a very short time. Data like your speed, the camera that sees a pedestrian blocked from you by a building, the red light-runner, or the fire truck that’s about to come through an intersection headed your way.

The speed means that instead of having the computing power and artificial intelligence to make the system work in every car, that Honda can instead use mobile edge computing. MEC puts a less capable computer in the vehicle that simply has to send info and receive directions from a Honda mainframe or cloud computing AI or directly from the traffic light or other vehicle. The car is now capable of communicating with the world around it and big software updates are done at the system, not the vehicle. 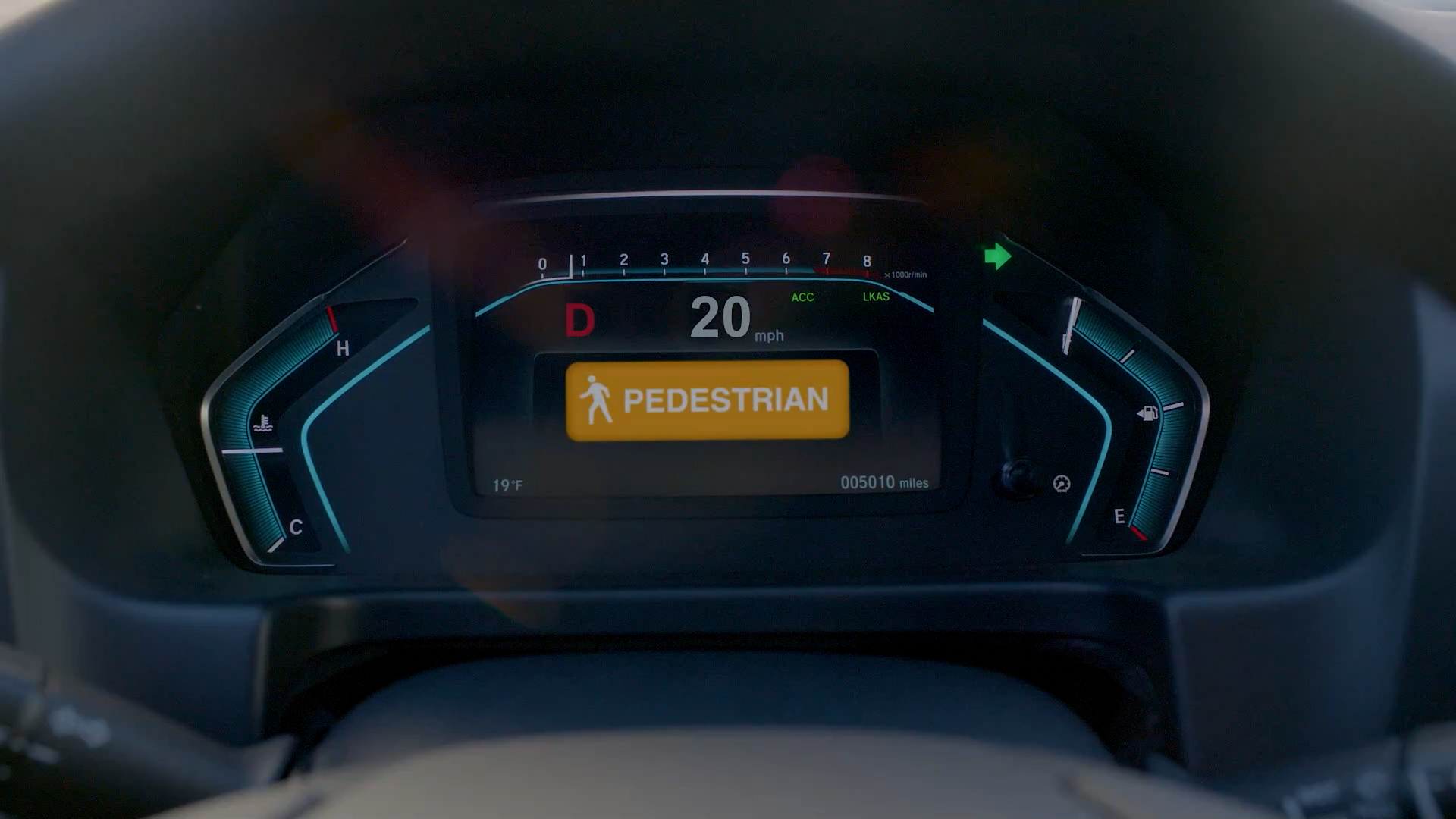 Honda and Verizon released a video showing three possible scenarios where the system could prevent a crash. The first is a pedestrian readying to cross at an intersection. They can’t be seen by the driver, but they can be seen by a camera at the signal. The camera sends the info over the 5G network and the car gets it in time to warn the driver through a visual alert on the dash.

The second is a warning of an emergency vehicle. Especially in urban centres, a police car, fire truck, or ambulance can be hard to see and hear. In this situation, the emergency responder vehicle sends out a signal that, again, warns the driver of the connected car.

Lastly, using vehicle sensor data, smart cameras, and Verizon Hyper Precise Location services, the V2X system can detect a vehicle that’s not stopping for a red light and warn surrounding vehicles. With the faster data transmission, the system can spot hazards more quickly than a driver, helping the driver to respond and alerting them of things they couldn’t possibly yet see.

“The ability to move computing power to the edge of our 5G network is an essential building block for autonomous and connected vehicles, helping cars to communicate with each other in near real-time and with sensors and cameras installed in streets and traffic lights,” said Sanyogita Shamsunder, vice-president of technology development and 5G Labs at Verizon. “When you consider that roughly 42,000 people were killed in car accidents last year and 94 per cent of accidents are caused by human error, our new technologies including 5G and MEC can help drivers ‘see’ things before the human eye can register and react helping to prevent collisions and save lives.”

Honda is continuing to develop the technology as what it calls a bridge to the automated vehicles of the future.