Canada’s racing season is winding down seemingly as quickly as it began, with announcements of champions bringing closure to another COVID-challenged year of motorsport.

One of the first series to come to a close is the Nissan Sentra Cup, which wrapped its inaugural season recently amid falling leaves and temperamental weather at Circuit Mont-Tremblant in Quebec’s Laurentian Mountains. The title fight came down to the 12th and final race, which would see it decided between the same two drivers who battled it out in 2020: 29-year-old Kevin King of Sherbrooke and Trois-Rivières, Que., last year’s overall champion in the previous iteration of the series, the Nissan Micra Cup; and Montreal’s Jesse Lazare, a 24-year-old racer who already claims professional accolades such as a class win at the 24 Hours of Daytona and a Platinum-level championship in the Porsche GT3 Cup Challenge USA. 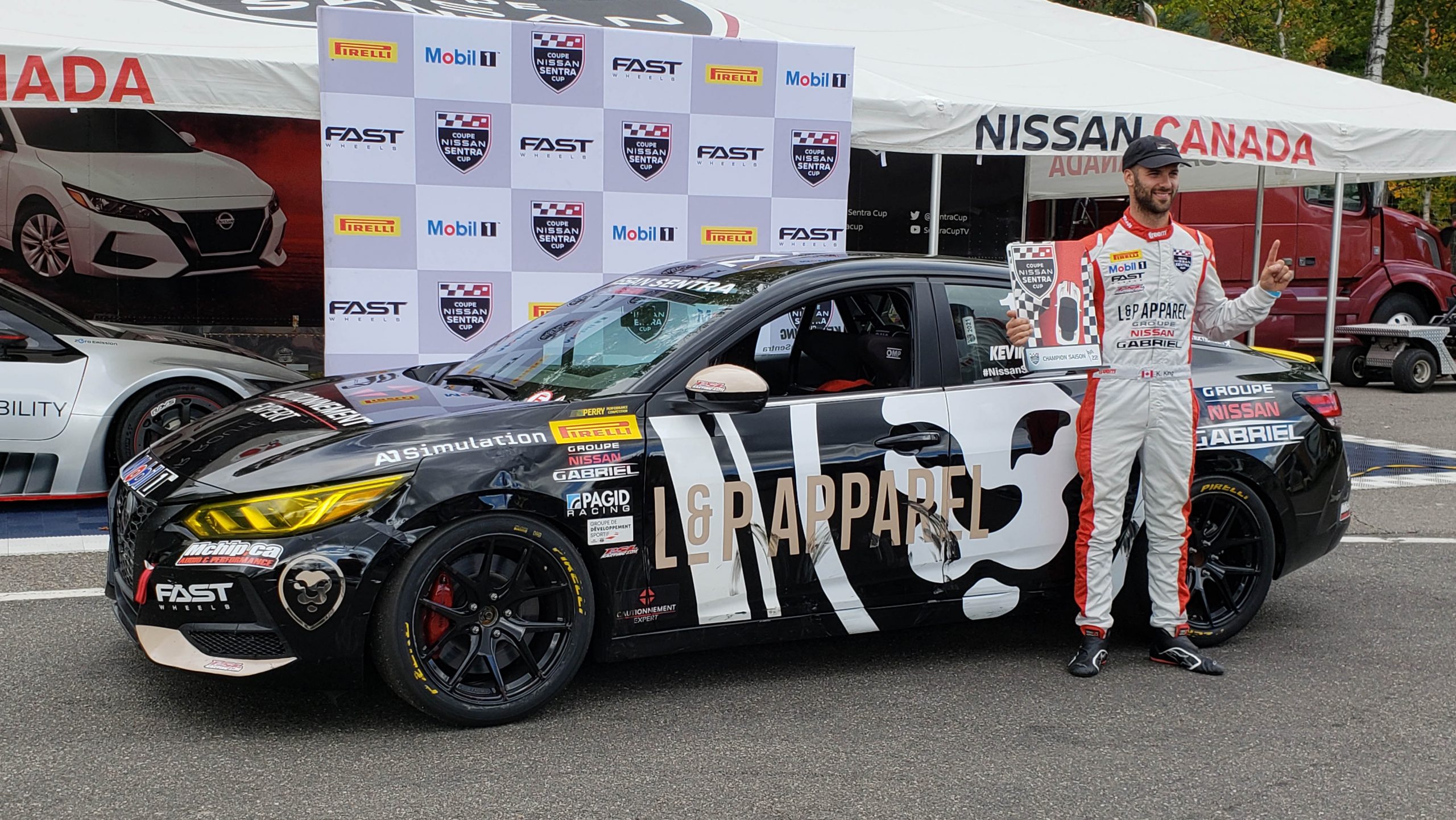 If you just wondered to yourself whether the talent level in this series is higher than you’d assumed: yes, it probably is. Plus, to make things even more interesting, an un-forecasted rain shower rolled through on Sunday afternoon right before the scheduled start time, which dropped just enough water to make the track surfaces slick and throw into question whether wet tires might be needed for the start.

In the end, everyone started on slick tires, and the race got under way without incident. A heated battle ensued between King, Lazare, and eventual race winner Alexandre Fortin, who exchanged positions and went three-wide into corners more than once. But it was a little less than halfway through the race when Lazare broke loose in the No. 21 Door Doctor Sentra on his own, causing him to leave the track surface at the bottom of the hill and slide across the wet grass at speed. The car made hard contact with the Armco barrier and rotated up onto its side before landing on its wheels just shy of the tire barrier. 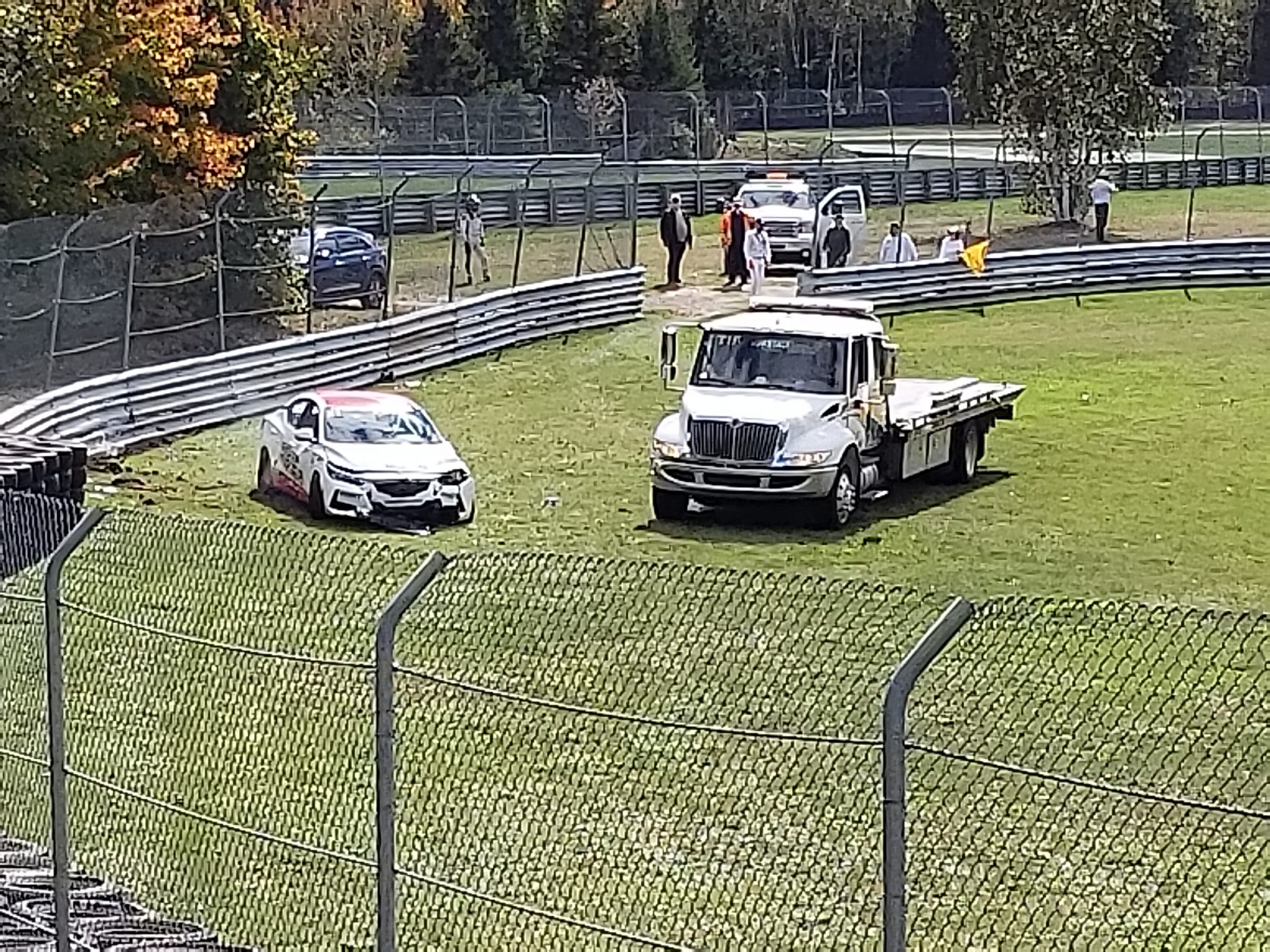 Fortunately, Lazare was unhurt. But his dramatic exit secured King’s title, allowing him to keep the No. 1 on his Nissan Gabriel/L&P Apparel Sentra for another year and making him the first-ever champion of the Nissan Sentra Cup in its new form.

In doing so, King – who has turned his passion into a career as co-owner of PSL Karting in Trois-Rivières, Que., where he helps other young racers break into the sport – is a David among Goliaths. Lazare is one of three cars racing under the Motorsports In Action banner, a team with professional equipment, driver coaching, and engineering prowess – and, it must be noted, first-hand knowledge of the cars as the official series fabricator. King races in a single-car, family-run operation, working through many early mornings of arriving at the track with his four-year-old daughter in tow. At the conclusion of the race, King climbed out of his car after pulling it under his 20-by-20-foot awning, and his daughter leapt into his arms and declared to the small crowd around, “Papa, il a gagné!”

“I wasn’t sure about doing this season because it’s a fair amount of money, and I knew we would be running on a very, very tight budget,” King said. “To be honest, I’m not going to be done paying for this season for a while. But as a small team, a one-car team, I don’t think I can be more proud. To beat a big team with a big budget, I’m just really happy.”

Australian Grand Prix and MotoGP called off due to Covid-19

That’s the magic of single-make racing: on an equal playing field, miracles can happen. 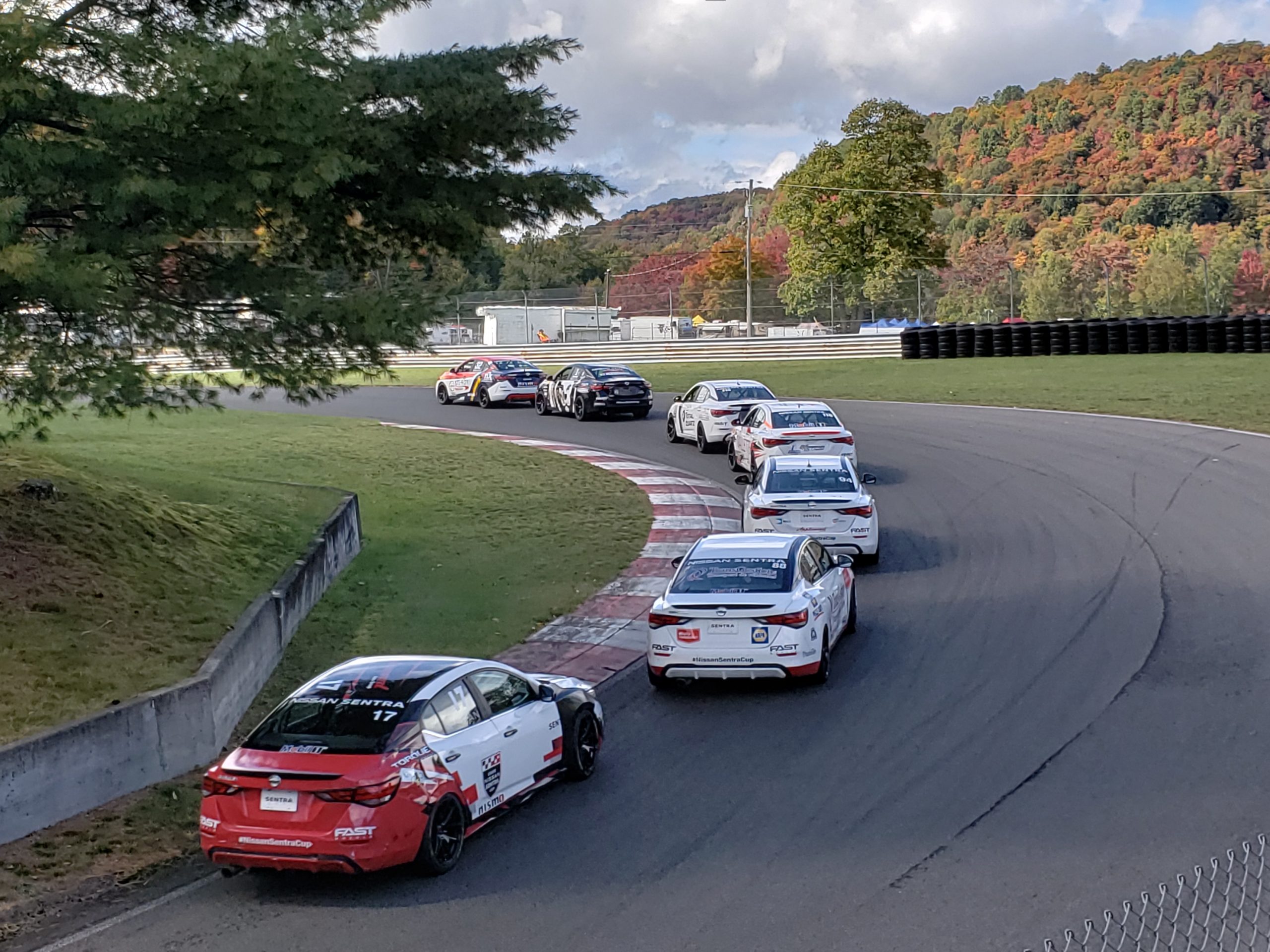 The Nissan Micras that headlined the series in the past carried forward into their own class in 2021, which was won by 52-year-old Sylvain Ouellet. The Senior class champion from 2019 held off talented Ontario rookie Nicholas Hornbostel in a battle so close that it took officials more than an hour to declare the championship official after the conclusion of the race.

The 2021 Rookie of the Year title went to 17-year-old Jesse Webb, an accomplished sim racer from British Columbia who made his live car racing debut this season with Motorsports In Action. Éric Chaput of Louiseville, Que., competing with the father-son Chaps Racing Team, became a repeat champion by winning the in 2021 Senior class.