Mercedes-Benz is turning its flagship into an EV for the first time with the EQS. It’s a sleek coupe-like sedan that will arrive in Canada with a 107.8 kWh battery, dual-motors with around 516 hp, and an estimated (on the notably generous WLTP cycle) range of 700 km. The EQS is slightly longer than a standard S-Class sedan but gets city-ready manoeuvrability thanks to standard rear-steering. The car will also get over the air updates to improve and refine the car over time. Inside, the EQS will be equally tech-heavy thanks to 12.3-inch and 12.9-inch touchscreens plus an available Hyperscreen that stretches nearly the entire cockpit. A new Energizing Air Control Plus feature monitors air quality and uses a HEPA filter to catch pollutants. Cabin air can be pre-cleaned before driver and passenger enter the vehicle. Pricing of the new model has not yet been announced, but the sedan hits dealers this fall. 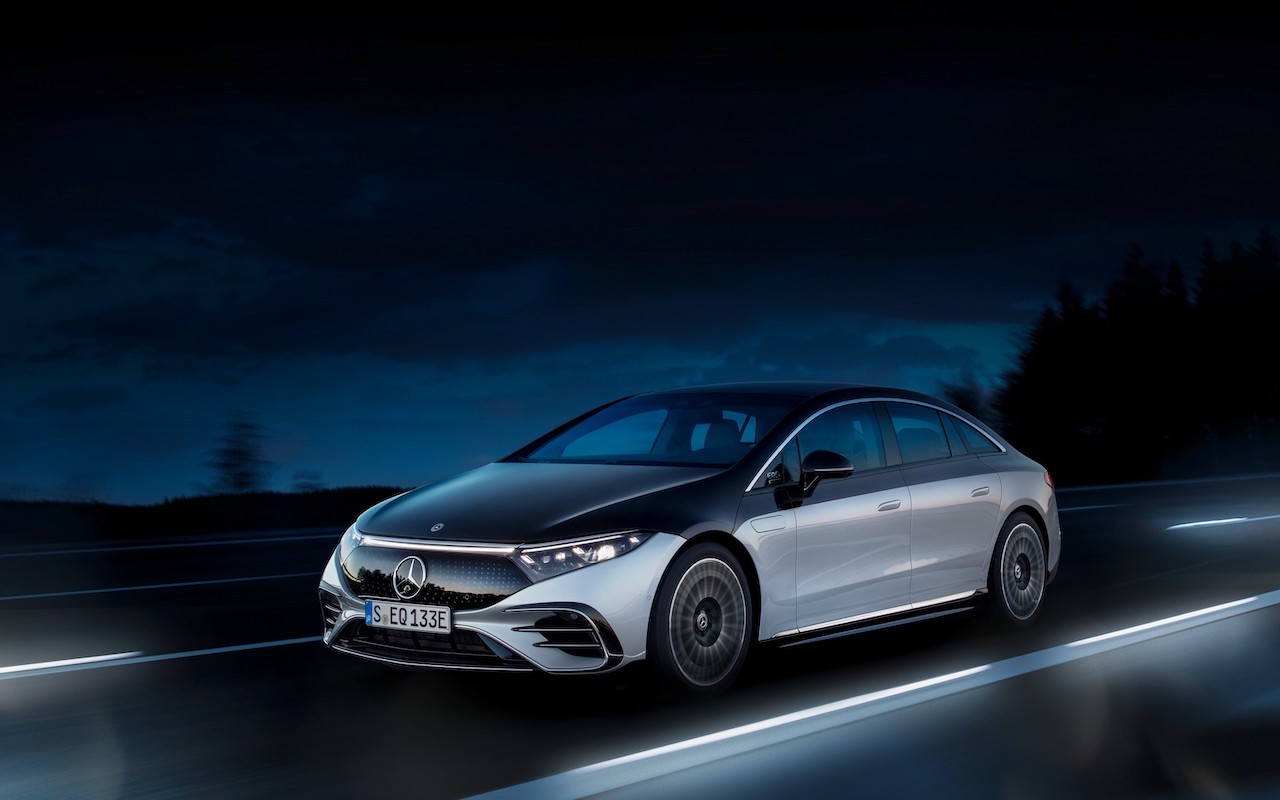 Another luxury electric, though this time likely much more affordable, Audi unveiled the Q4 e-tron and Q4 e-tron Sportback crossovers. The compact crossovers that Audi says will have large crossover interior space will come to Canada in the dual-motor, all-wheel drive, Q4 50 e-tron spec. That means 294 hp combined and 339 lb-ft of torque, with the rear motor providing most of the shove. A 77 kWh usable battery means 488 km on the WLTP cycle (467 for Sportback) while the EVs can charge at up to 125 kW on 400V DC fast charging. That means 10 to 80 percent in about half an hour. Inside, innovations like water bottle holders in a more useful space in the doors combine with a new backlit touch steering wheel, more recycled fabrics, and theatre-style rear seating offer a suitable modern experience. The Audi Q4 e-trons are set to go on sale in Canada around the end of the year with pricing expected later this spring. 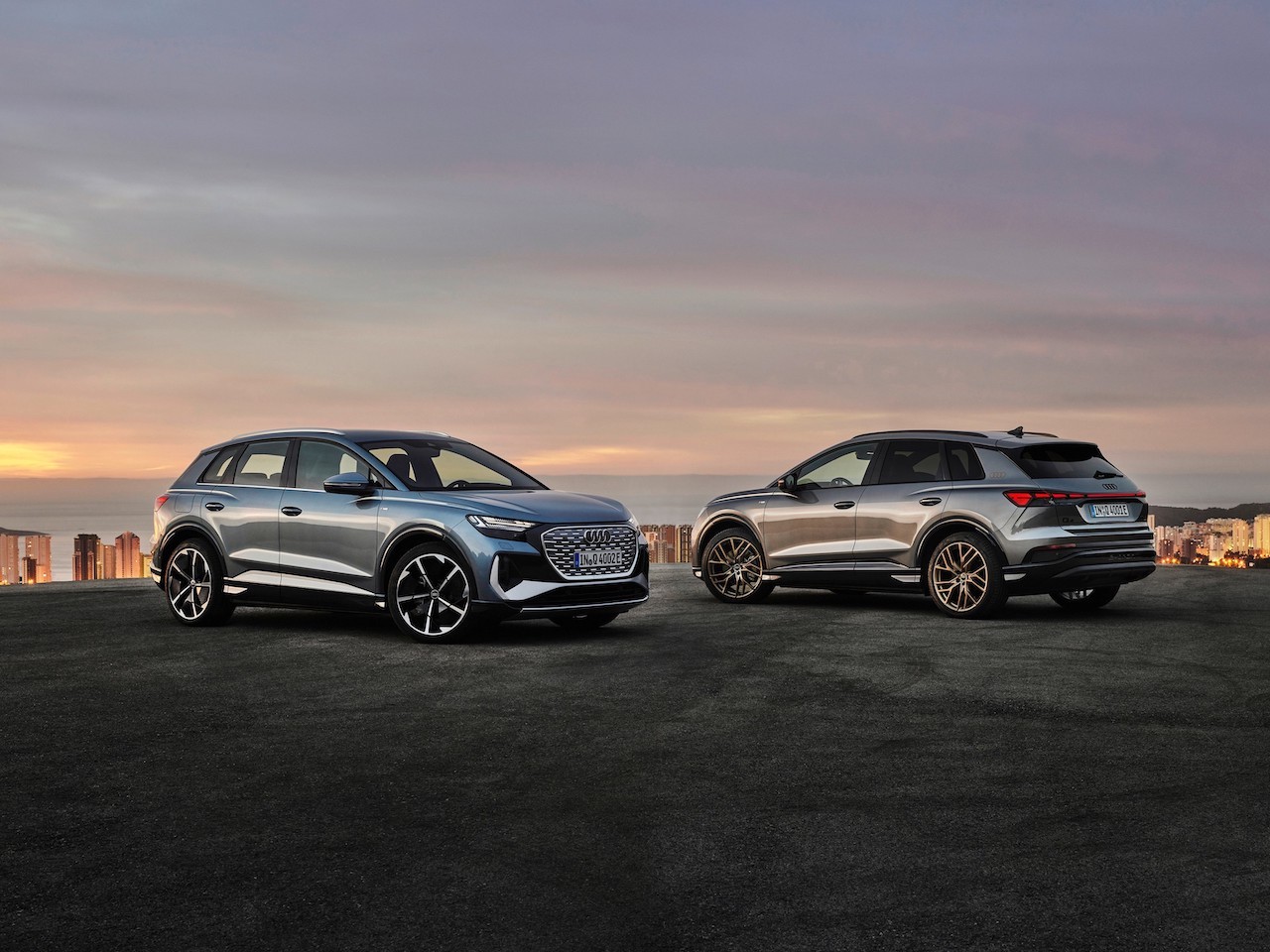 Honda has given us our first photo of the all-new 11th generation of the long-time best-selling car in Canada. Looking much like a scaled-down Accord, this is a sharp departure from the bold if controversial styling of the current car, dropping nearly all of that model’s grilles and sharp edges. Honda said that their goal with the car was to increase the driver’s ability to enjoy the car safely, including a new and simple interior and exceptional visibility. A hatchback version of the Civic will return, though it will be a few months after the sedan. With the imminent closure of Honda’s UK plant where the current hatchback is produced, the hatch will move to Indiana. The sedan will remain in production at Honda’s Ontario plant. More details are expected at the end of this month.

Knowing What You Can Afford To Buy 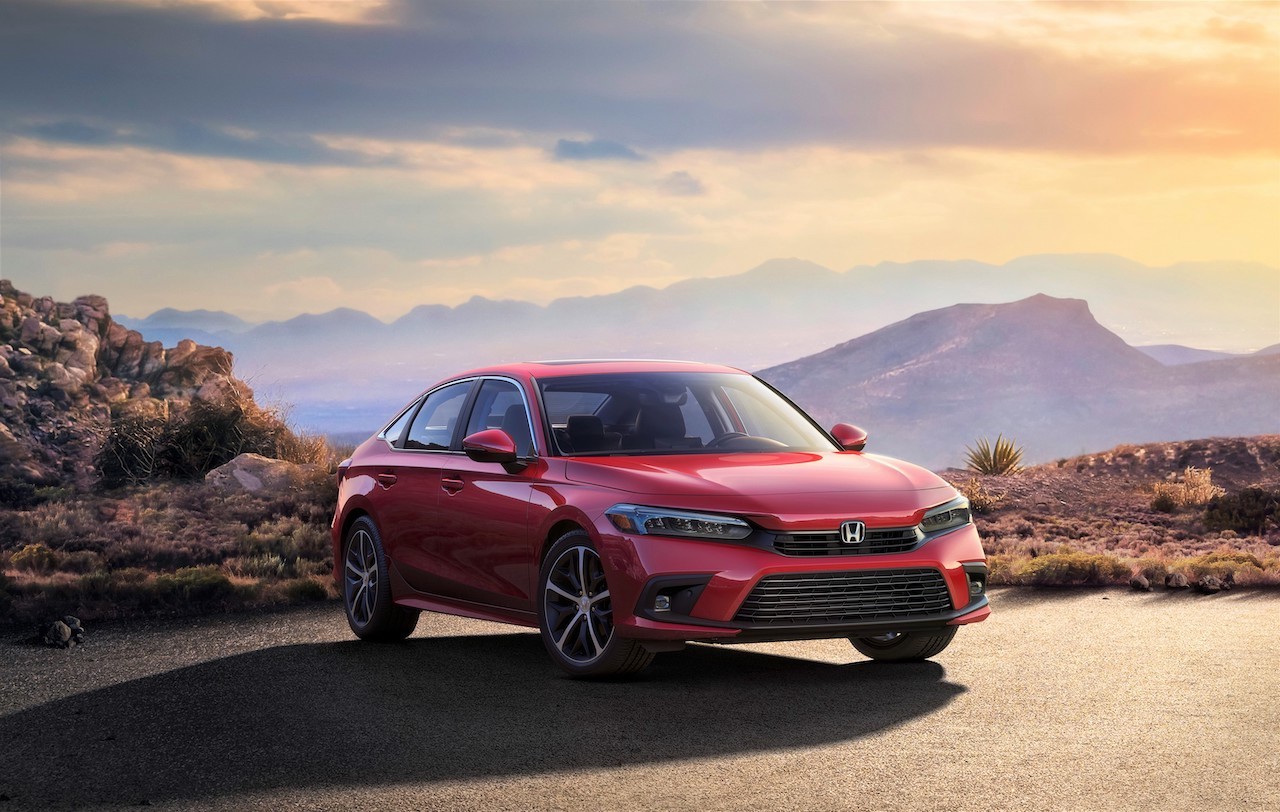 A single-motor version of the Polestar 2 was revealed, lowering the price of the electric sedan and adding driving range. With just 231 hp (instead of 408), the model comes with 418 km of range, about 38 more than the dual-motor car. Another lower-cost variant uses the twin-motor system but offers a lower level of standard equipment compared with the current Launch Edition, offering a middle ground. While the Launch Edition has an MSRP of $69,900, Polestar has not yet given us Canadian pricing for the two new models. Expect them to aim for the single motor versions of the Tesla Model 3 and Y.

To help the PM in his climate fight, go out and buy an electric car 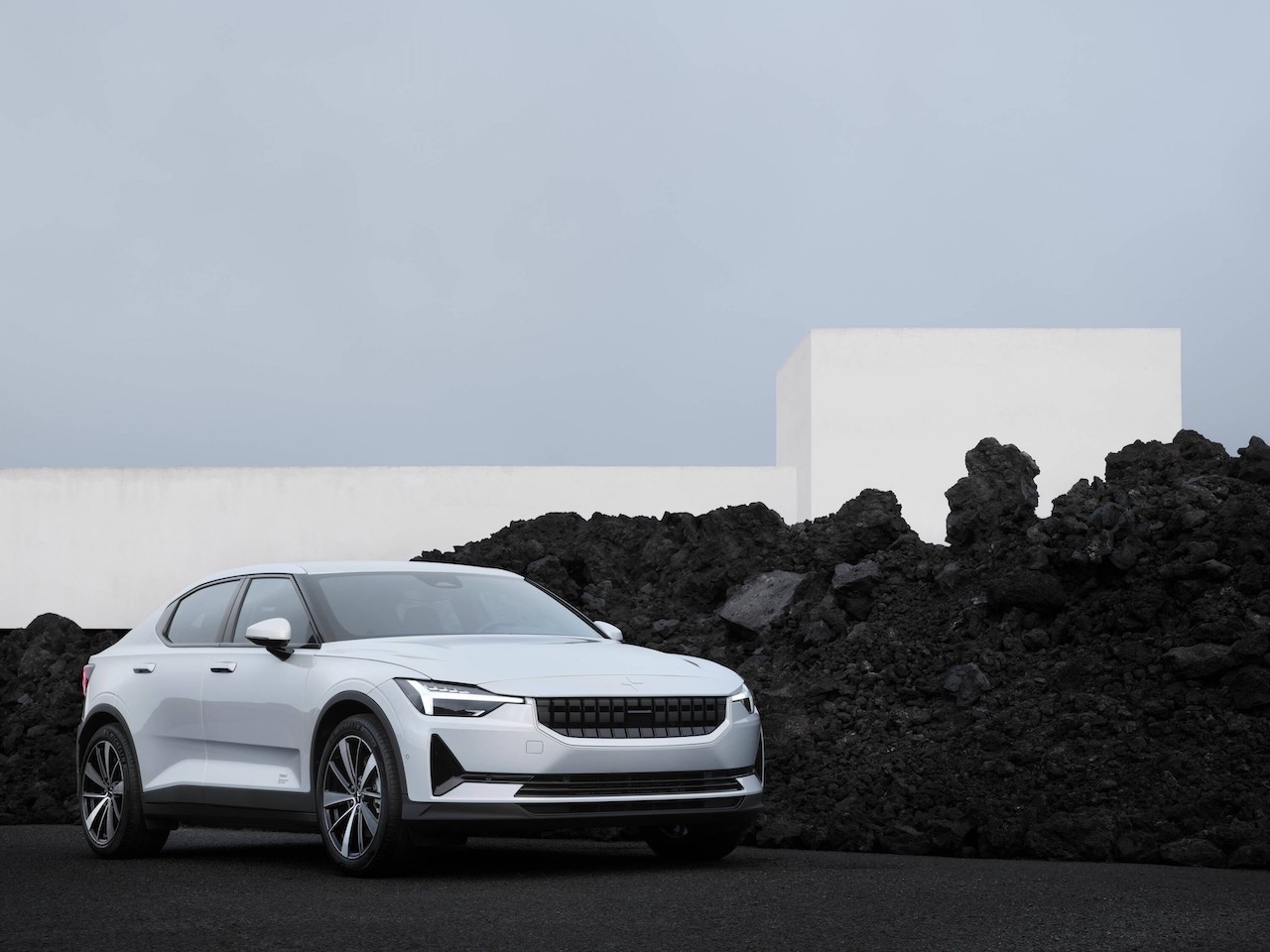 Ikea Canada, along with Canadian EV company Lion Electric and logistics company Second Closet, have announced that Ikea home deliveries will begin to be electric starting this fall. It will start with 15 Five-ton Lion6 heavy-duty zero-emissions electric trucks that will handle last-mile deliveries beginning in Boucherville, Que., Etobicoke, Ont., and Richmond, B.C. Ikea says this will let the company hit 20 per cent of its zero-emissions delivery goals. Last year, the company made more than 500,000 home deliveries. Ikea says it is committed to become a climate-positive business by 2030, meaning it reduces more greenhouse gasses than its business emits. 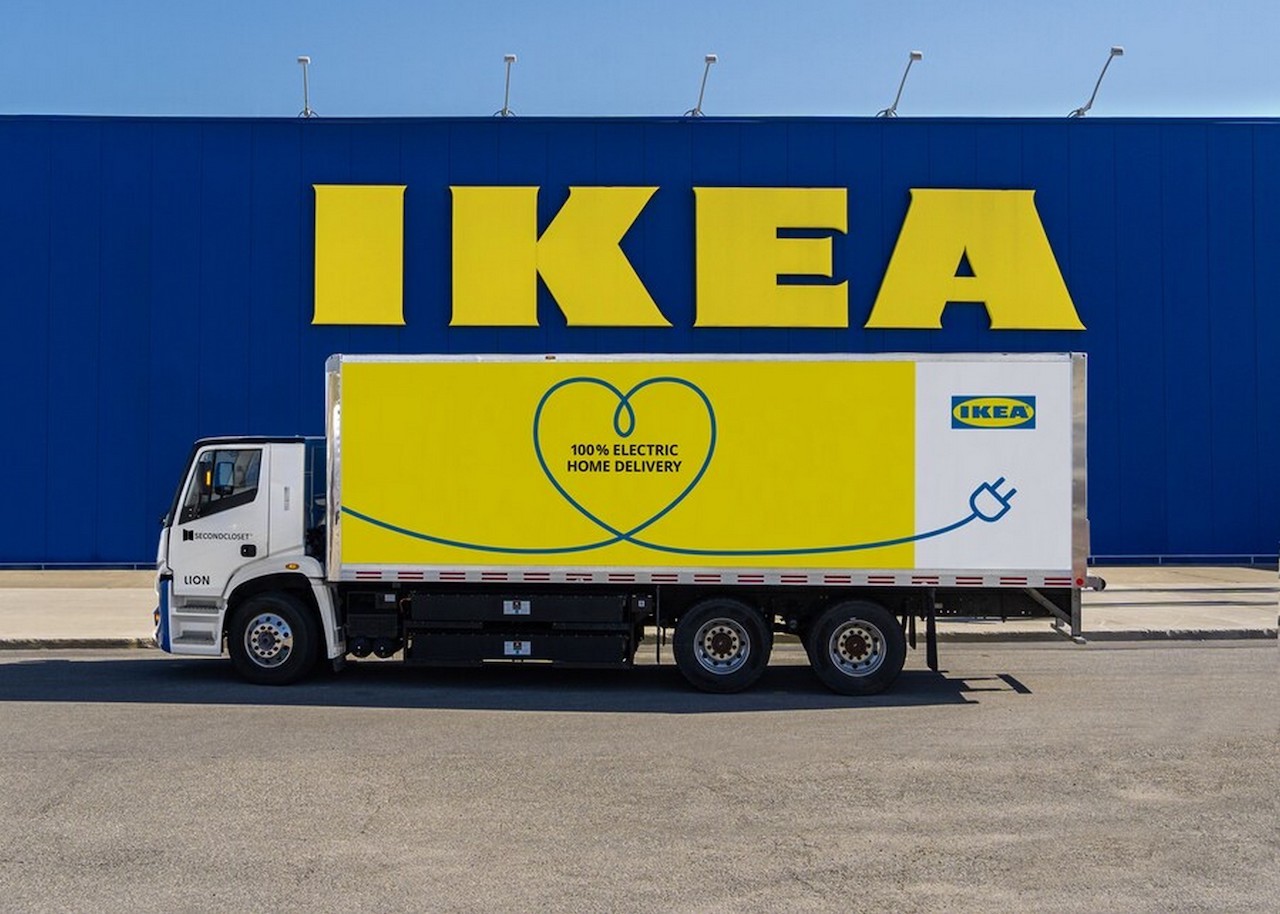