It’s a strange Monday Morning for a racing roundup because there wasn’t any racing this weekend. NASCAR paused for Easter, as it always does. Formula One did an IndyCar in that it started its season and then took three weeks off with the next race scheduled two weeks from now at Imola in Italy. IndyCar, meantime, won‘t start its season until the same day as the Imola race and they’ll kick things off at Birmingham, Ala.

So I thought, since this is really an “off” week, that we would just do a review of the Canadian racing scene that, if you must know, is in a mess.

A year ago, ASN FIA Canada was replaced as the national sporting authority by GDS (Groupe de Developpement Sportif) with Grand Prix Canada promoter Francois Dumontier and Canadian Tire Motorsport Park co-owner Ron Fellows as president and vice-president. Canada is not France, or Italy. This is a huge country and one side is frequently not talking to the other. Translation: it doesn’t matter what the issue, the provinces are often at war with Ottawa or each other.

It’s the same with motorsport. There are five regions in Canada – the Atlantic provinces, Quebec, Ontario, the Prairies and British Columbia. They frequently don’t see eye-to-eye. To date, B.C. has not joined the new federation and the group in charge in Quebec is under attack. It’s going to take some smooth talking from Dumontier and/or Fellows to get everybody on the same page.

Meantime, Dumontier has bigger fish to fry. Although it’s still on the calendar, expect an announcement any day now from Liberty Media, owners of Formula One, that the Grand Prix du Canada will again be cancelled. It is April and the GP is scheduled to be held June 13. F1 is not going to wait long before pulling the plug.

Now, Montreal Mayor Valerie Plante and Dumontier have been on the phone to various governments asking for the moon – more money; an exemption from quarantines, 100 per cent capacity for spectators – and are probably going to come up short on all counts. The mayor wants the race because it is the biggest tourist weekend of the year in Montreal. Dumontier wants the race and its 100,000-plus race day crowd because that’s how he makes his living. But they are grasping at straws.

One person who seems sensible is Lawrence Stroll, the ex-Montreal multibillionaire who now owns Aston Martin F1 and is managing director of Aston Martin motor cars, who told the Montreal newspaper La Presse last week that, “It all depends on the health situation in Montreal and Canada and the government’s level of tolerance for F1’s visit to the country.

“If everyone is comfortable with the idea of hosting the Canadian Grand Prix, and it’s safe for everyone, then I’ll be the first to want to participate. But if not, then we will have to respect the decision. The last thing we would want is an outbreak caused by F1 in Canada, which would be a disaster.”

Although there have been reports that a country can lose its Grand Prix if it fails to promote it two years in a row, it’s highly unlikely Canada would be penalized and that’s because the only reason there haven’t been races is COVID-19. I think that would constitute force majeur, don’t you?

Meantime, although the Honda Indy is still on the IndyCar calendar for July 11, it also will be cancelled before too long. Remember, everything has been cancelled in Toronto until the end of June. In order to have the track and grandstands built for the race, construction would have to begin in June and that could create a huge problem because the Exhibition Grounds is a union shop and if nothing is happening in Toronto in June, nothing will be happening at the ‘Ex either.

And then IndyCar has the same problem that F1 is facing: quarantines. There are no exceptions (although the NHL seems to have been given a break and their quarantine for players traded to Canadian teams from teams in the U.S. is only for seven days instead of 14). Whichever, if the Blue Jays can’t cross the border to get back to the Rogers Centre, then neither can Roger Penske bring his racing series to the streets of Toronto.

Now, the Grand Prix is a Formula One race and it could disappear for a decade and be welcomed back with open arms. The usual thousands of people would show up in Montreal for the extravaganza. Not so the IndyCar race in Toronto. From its first year in 1986 until 2008, the race and the festival surrounding it where one of the Big Five summertime weekends in Toronto – the Gay Pride Festival, Caribbean Festival, Taste of the Danforth and the Canadian National Exhibition being the others.

In 2008, the Champ Car World Series, which raced in Toronto, and the breakaway Indy Racing League made peace and a casualty was the Toronto Indy, which couldn’t be worked into the schedule. A year later, when Michael Andretti brought the race back to Toronto, the crowd was maybe half what it once was and since then, promoters Green Savoree Racing Promotions have struggled.

The last time there was a race here, in 2019, the crowd was healthy. If the Honda Indy does not return until 2022, the promoters will have a fight on their hands to get anybody to pay attention after a two-year absence.

(Racing should not feel badly. From the time the Blue Jays played their first game in a snowstorm at Exhibition Stadium in 1977 till the players went on strike in 1995, you couldn’t get a seat at the Ex or in the SkyDome. Since that strike, the stadium has been half empty, if that.)

Naturally, there have been suggestions that the Indy race be moved to Canadian Tire Motorsport Park if the promoters want to make money and not have to fight tooth and nail for ten years to get the crowd back to what it was in 2019. That probably won’t happen but it would make sense.

Meantime, CTMP is facing a difficult summer – again. American racing series – IMSA, NASCAR trucks – likely won’t be able to cross the border and the home country pickings are slim. NASCAR Canada, for instance, decided to pass up its annual season-opener at CTMP’s Victoria Day Speedfest and will start its season at Sunset Speedway in Innisfil, south of Barrie, instead. It’s complicated, but NASCAR, which is sponsored by Pinty’s foods, has opted to rent oval speedways like Sunset and Jukasa instead of going in as part of a promotion that might be cancelled. In the case of the Speedfest, for instance, Sunset is a certainty; CTMP is not, they think.

CTMP is selling tickets for the Speedfest but when I checked Sunday afternoon, the 2021 schedule had yet to be posted. And it’s April already.

We haven’t even started to discuss the potential sale of Le Circuit Mont-Tremblant (I have a feature on it in next Saturday’s new Toronto Star Wheels section) and what effect COVID-19 might have on racing generally in southern Ontario. If the numbers continue to explode and there is a hard lockdown, there won’t be any racing anywhere anyway. That’s hard to comprehend, but it is reality. 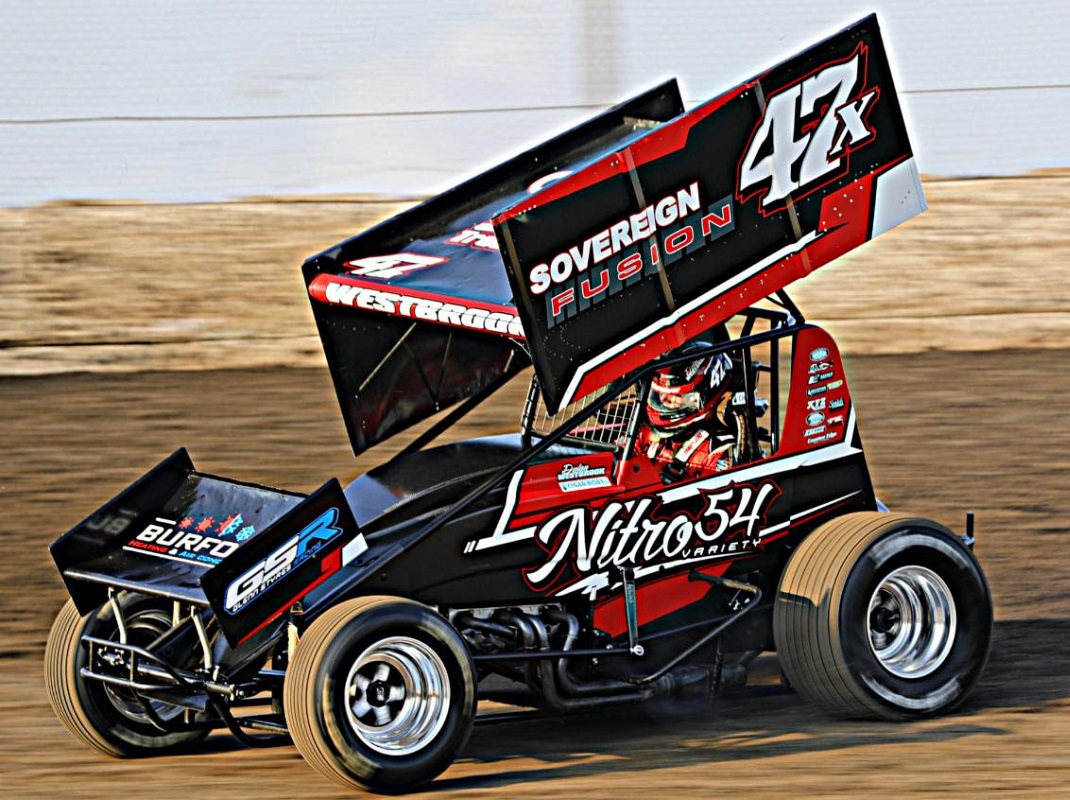 Bernece Wood, wife of NASCAR Hall of Fame member Glenn Wood and matriarch of the famous Wood Bros. racing team, has died at age 90. Canadian Motorsport Hall of Fame inductee Jim Bray of Brantford phoned down condolences to his old pal Leonard Wood and then mentioned that he’d turned 88 last week. Bray is in the trailer business and said, “I had a petty good birthday – I sold two trailers and went flying in my plane for awhile.” I love that: 88 and still flying his plane. We should all be so lucky.

Anybody who attended Super D.I.R.T Week at the Moody Mile in the New York State Fairgrounds at Syracuse will remember Jack Johnson, one of the most successful big block modified racers in history. Johnson died the other day of ALS at age 76.

Parker Thompson of Red Deer, Alta., has been named host of the Road to Indy TV show. According to a release issued by the Road to Indy PR department, Thompson is a multiple race winner in both the Indy Pro 2000 Championship Presented by Cooper Tires and the Cooper Tires USF2000 Championship. He’s currently tied with NTT IndyCar Series driver Rinus VeeKay in third for the most podiums across the three ladder series at 36, and is tied in 10th for most wins at 12. He also leads the record books with the most top-five finishes at 67 and ranks second in most top-10s at 79. While Thompson will be juggling his hosting duties with a season in the new Porsche Carrera Cup North America series, the release said, he will rely on his vast public speaking experience to set the stage for another step in his off-track career with a hosting role. Since founding his Drive to Stay Alive program, a texting and driving campaign to educate teenagers about the dangers of distracted driving, Thompson has spoken to well over 100,000 high school students and is an award-winning road safety advocate.

The post Racing Roundup: Canadian Racing is in a Mess  appeared first on WHEELS.ca.