The Volvo V90 wagon is an attention-getter and a stunner. From the day it was announced for the 2017 model year, it captured my imagination and stole my heart every time I saw it in my driveway.

There was just one problem: very few people could be convinced to buy one.

My real estate agent friend is a perfect example. She was looking to replace her aging sedan around that time and had a checklist of desired traits in a new vehicle: classy but not pretentious, good in the snow, and something she could get her less-than-agile dog into with a minimum of heavy lifting. But no minivans.

“Oh, my friend, do I ever have the car for you!” I declared.

She didn’t know what she was missing, and neither did just about everyone else. Volvo quietly discontinued the V90 in Canada for 2020, and a whole lot of people never noticed.

Now, the V90 is back for 2022. It’s only being sold in one configuration, but just about everything about it is nail-on-the-head perfect for Canada. Maybe, this time, it will stick. 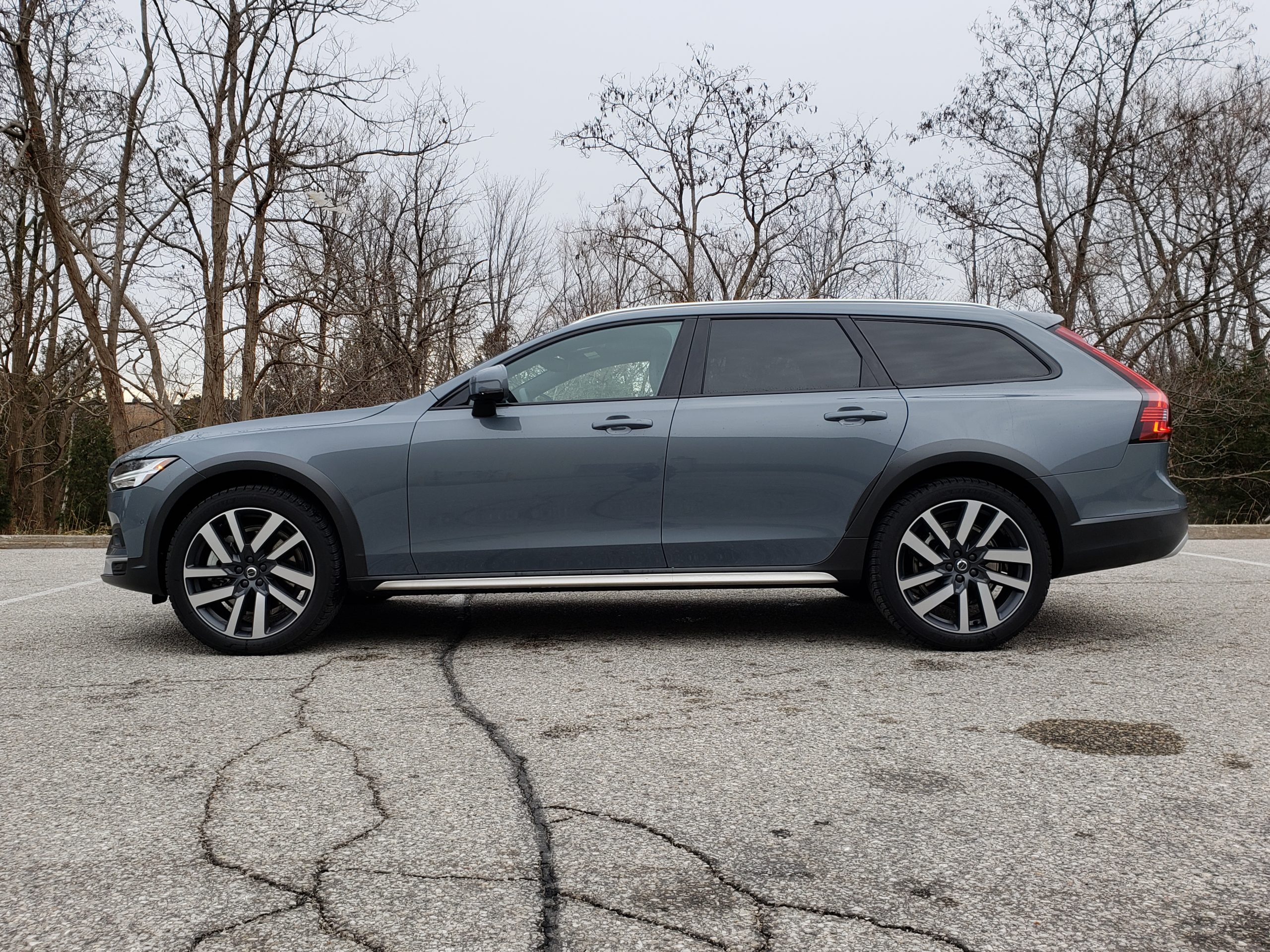 The first good point? It’s the V90 Cross Country that’s returning, which comes with a 20.4-centimetre ground clearance, better than what you’ll find in some SUVs. That’s a far cry from the 15.3-centimetre ground clearance in the standard V90. Between that, the plastic cladding in the wheel wells, and the standard all-wheel drive, it shouldn’t be hard to convince anyone this car is as well-equipped for Canadian winters as any SUV going.

There’s also the fact that the standard powertrain includes mild hybrid technology. (This is what the B stands for in Volvo’s B6 engine designation, as opposed to the gasoline-powered T6.) It takes Volvo’s already-excellent 2.0-litre turbocharged four-cylinder engine, which produces 295 horsepower and 310 lb-ft of torque between 2,100 and 4,800 rpm with some low-speed kick from a supercharger that helps to get things going, and tacks on a 13 hp integrated starter generator for added help off the line. The result is a powertrain that’s even smoother and more responsive and is a delight to drive, a perfect combination with the V90’s handling characteristics. 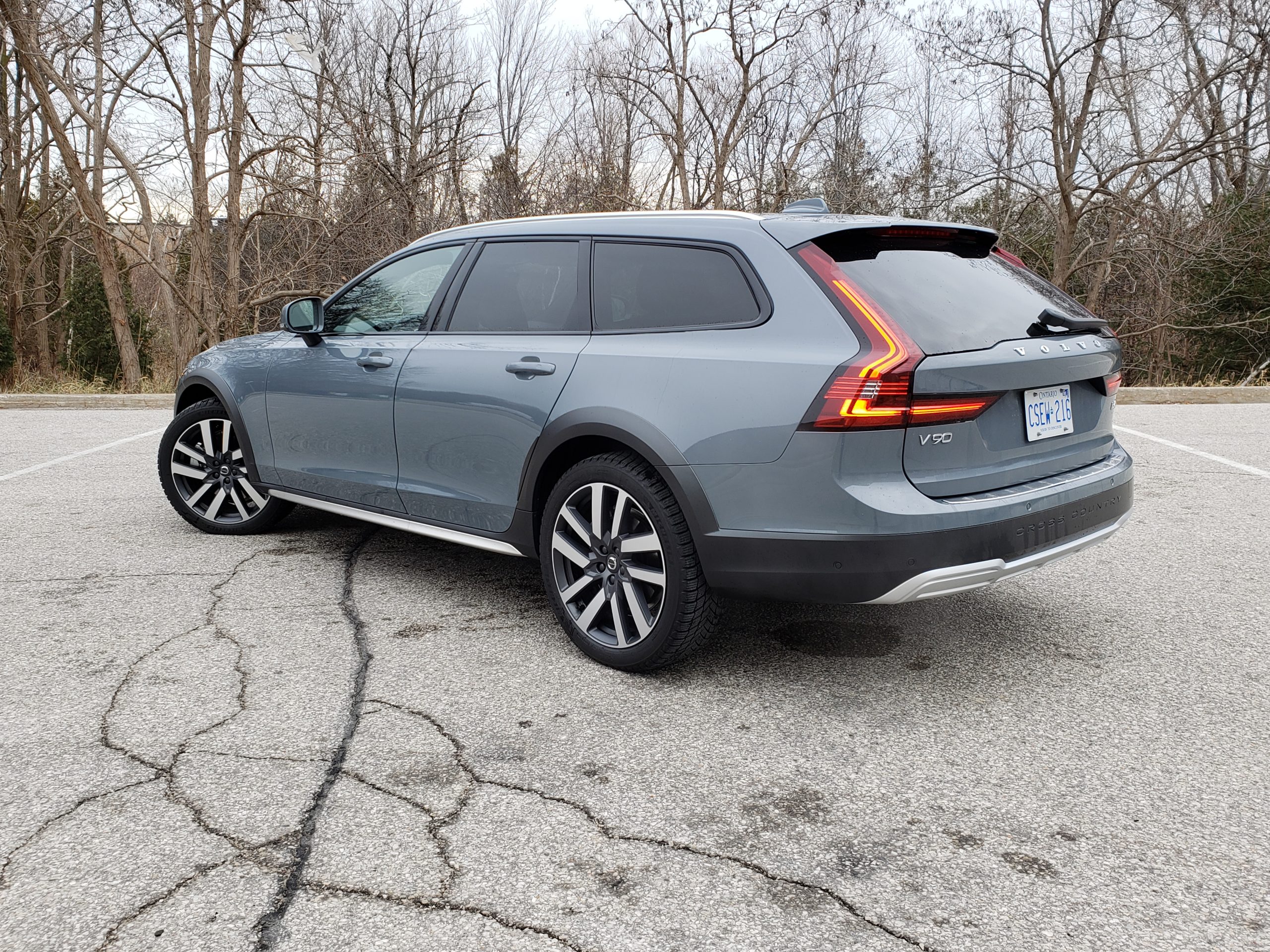 Note that this doesn’t say car-like handling, a term that’s used often to describe decently performing SUVs these days. The V90 exhibits car handling. Because it’s a car. After months of driving utility vehicles back to back, it’s easy to forget what a difference a low-slung profile makes.

What a mild hybrid system doesn’t help with is fuel efficiency, at least not enormously. Natural Resources Canada estimates the V90 Cross Country will average 10.6 litres per 100 kilometres in city driving, 8.1 on the highway, and 9.5 combined. These figures are certainly acceptable but not far off what one would expect from a gas-powered car of this stature. During my time with it, I averaged on the higher side of that range at 10.3 L/100 km, which is reasonable given it was a week heavy on city driving.

Speaking of differences, the V90’s visual impression is striking. The long lines and precise proportions of the exterior continue to the inside, which here is decked out in a gorgeous medium grey with lighter open-pore wood inserts. Our test model is equipped to the nines with standard heated and ventilated front seats and a panoramic sunroof with a shade that closes with the swipe of a finger, plus massaging front seats and four-zone climate control (Lounge Package, $3,850), a head-up display and 360-degree camera (Advanced Package, $2,000), heated rear seats and a heated steering wheel (Climate Package, $1,000), and a whole lot more. This unit is priced at $77,450 before fees, which is pricy but not unreasonable for the luxury segment where this competes, and the starting price is somewhat more approachable at $65,950. 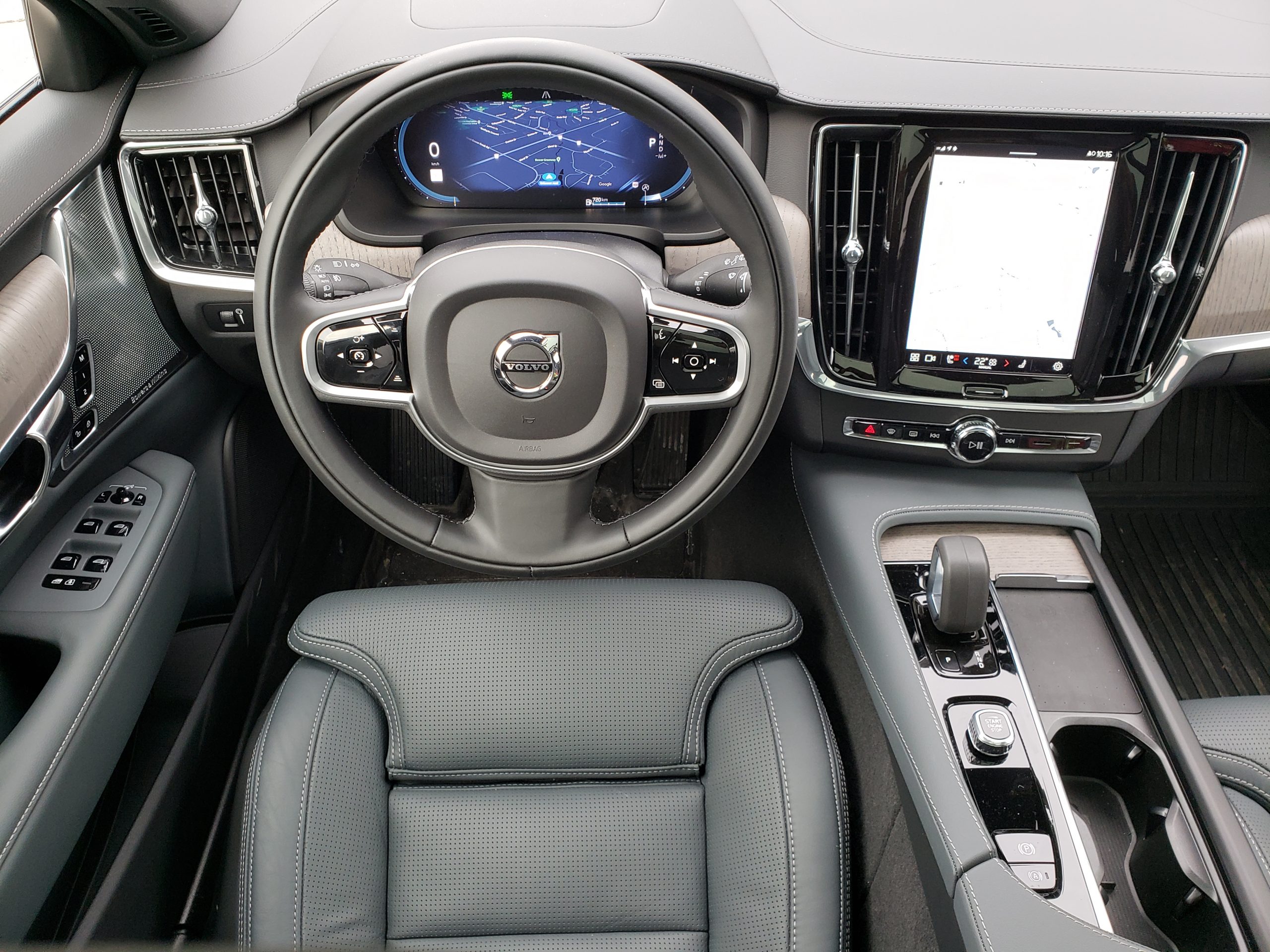 The cargo area is, by necessity, longer and shallower than what you’ll find in most SUVs. But its 714 litres with the rear seats upright and 1,517 litres with them folded is enough to compete regardless, and it’s a useful space with integrated grocery bag hooks and a ski pass-through in the second-row middle seatback.

I ended my time in the V90 with only a couple of frustrations. Volvo’s current shifting pattern puts reverse, neutral, and drive in a straight line, which means living with the persistent annoyance of having to tap the shifter twice to get through neutral every time you need to change direction. The infotainment screen here is the same 9-inch screen found in other Volvo models, though it now uses an Android-based system that includes built-in Google Maps integration that’s very nice to have. However, the screen isn’t especially quick to respond, and some of the controls like the HVAC adjustments at the bottom are so small that trying to adjust them while driving is a distraction. 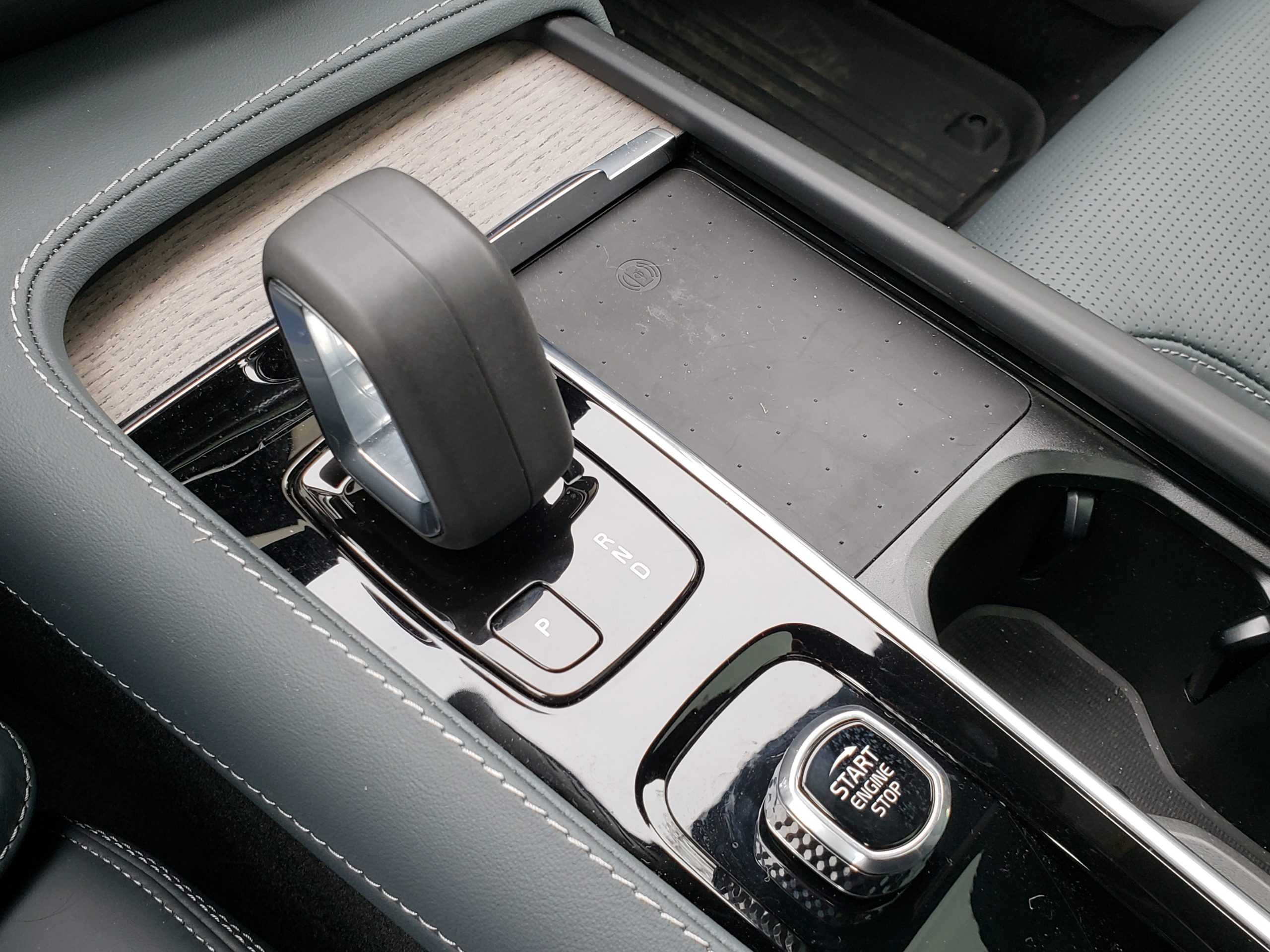 But these are relatively minor quibbles in the face of getting more people out of same-same SUVs and into truly beautiful cars. Here’s hoping this time we don’t mess it up.