With the introduction of the CTS sedan in 2003, Cadillac began a seismic shift away from those beige and cream land yachts of the past. It gave way to a sportier breed of car, one better equipped to steal market share from the German and Japanese sports sedans and also attract a younger buyer.

Through three generations, the CTS held its own on the world stage. During this time, the V-badge also came to be, and these were not some watered-down vehicles, they offered real performance and genuine thrills. The last CTS-V packed a supercharged V8 under its carbon-fibre hood and was an absolute wolf in sheep’s clothing, and the most exciting car Cadillac has ever made.

The CTS was dropped from the lineup in 2019 and an all-new CT5 has stepped into to fill the void. Built on an updated version of the brilliant rear-wheel drive Alpha platform, you’ll be pleased to know that Cadillac hasn’t strayed too far from what made the CTS so good.

The fundamentals have not changed. It is sized closer to a BMW 5-Series but priced like the smaller and cheaper 3-Series. It’s rear-wheel drive with optional all-wheel drive and comes with either a 2-litre turbo 4-cylinder or a 3-litre twin-turbo 6-cylinder.

Inside Uconnect 5 in the Dodge Durango GT 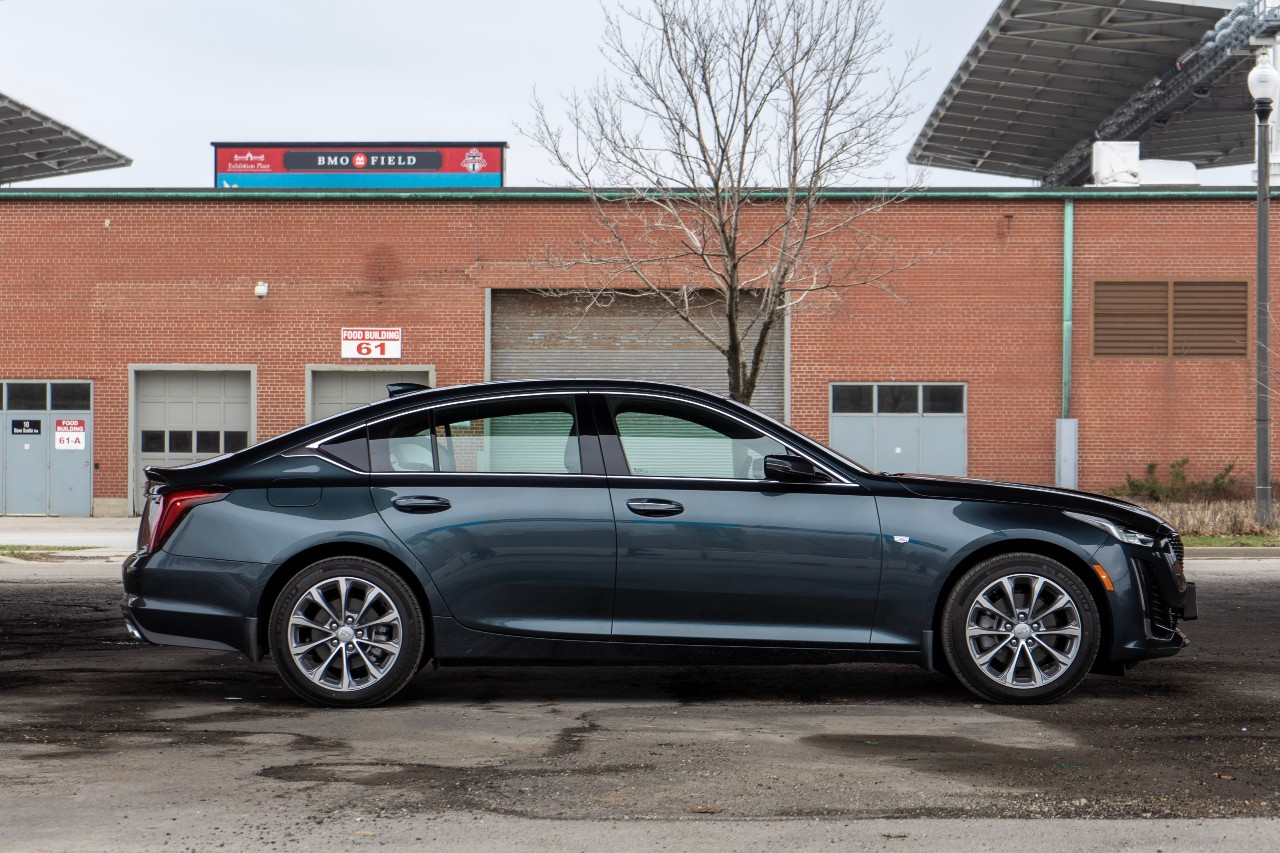 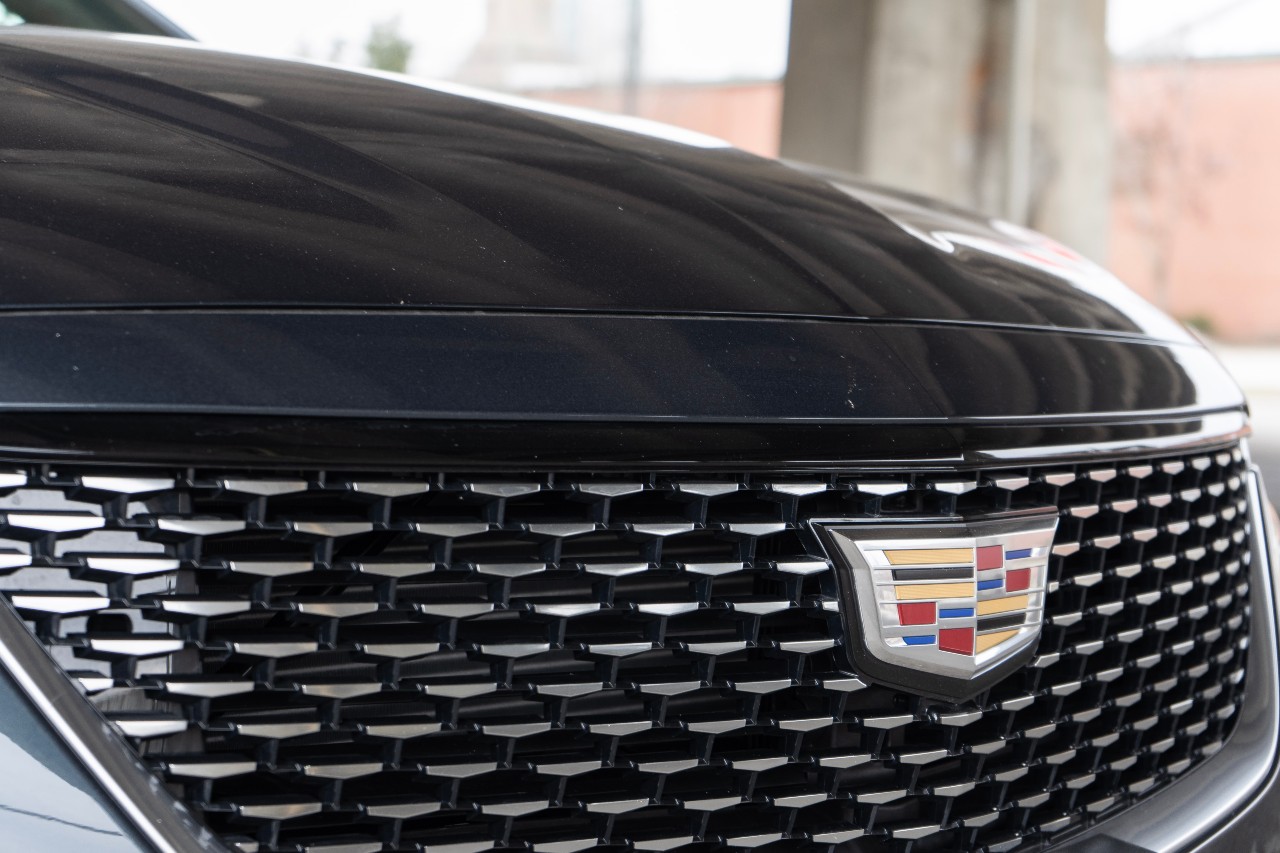 The top-level CT5-V, in a move that’s a bit of a head-scratcher retains the twin-turbo V6 found in other Cadillacs, and is not the track-ready beast you’re looking for. That honour will fall upon the new CT5-V Blackwing, that’s yet to be released.  If you’re a bit confused, don’t worry, so were we but we can all be happy that the full-fat CT5 is on the way.

The CT5 has an elegant design and retains the last car’s shield grille and vertical lighting accents. The fastback profile is distinctive and pretty to look at and a refreshing departure from others in this class.

Things get a bit drab inside, especially with my tester’s monotone colour palette, but the materials, ergonomics, and ease of use are all vastly better than before. Cadillac’s infotainment has gone from being one of the worst to one of the best in the last few years with a straightforward and intuitive menu layout and quick load times. Learning from past mistakes there’s now no less than three different ways to interact with system from the touchscreen to two separate rotary knobs.

This being a Premium Luxury trim and not the V-Series meant that there was more chrome trim, a different grille and bumper design, a softer suspension tune, less aggressive tires and no magnetic ride control.  My tester had the optional V6 box checked so that meant 335 hp and a class-leading 405 lb-ft of torque, down by 25 hp to the higher output V. 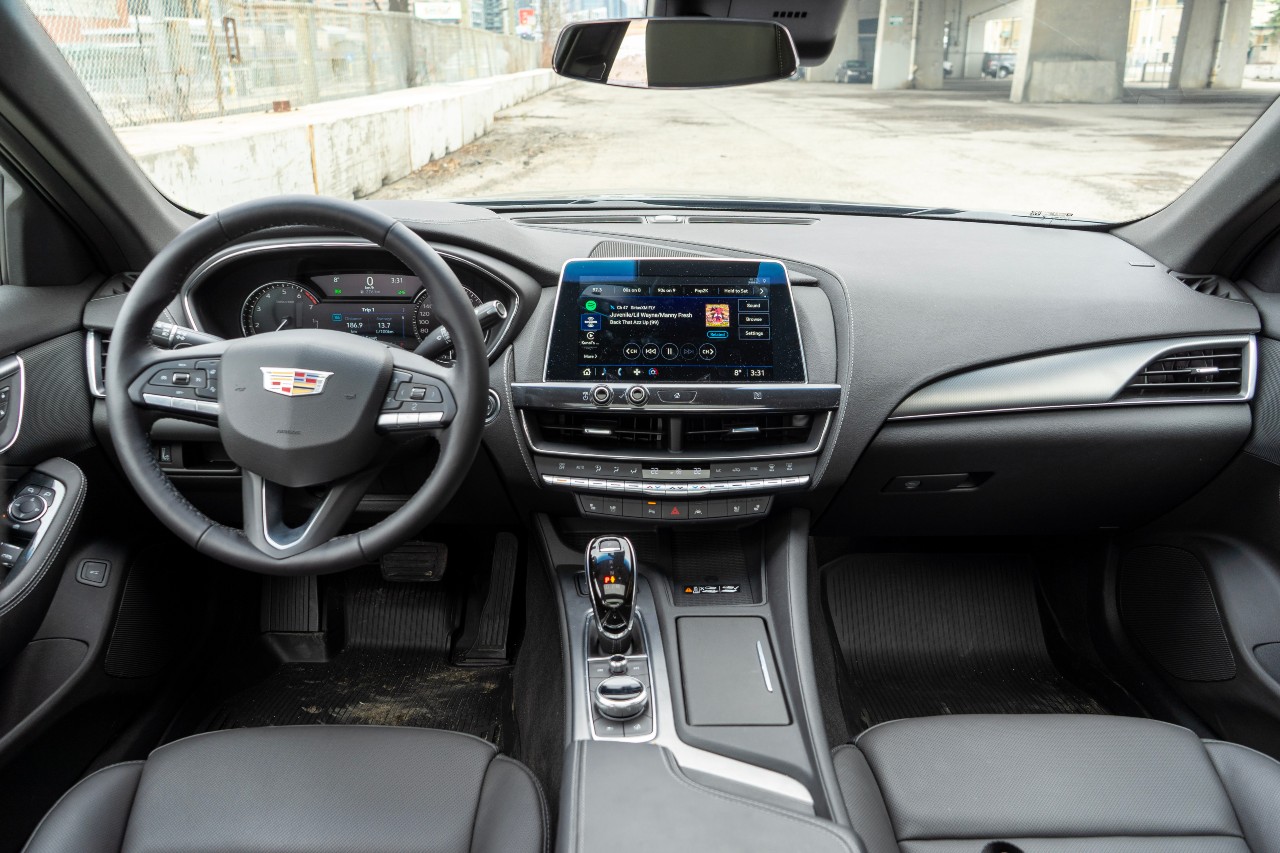 Does the softer tune make the CT5 a bore to drive? Not in the least.  While it lacks the edginess of the V, it makes up for it with a great ride that soaks up every bump, divot, and pothole in the way while retaining excellent body control. Go over a crest or hump at speed and the body comes down with that reassuring one-and-done motion, indicative of a well tuned suspension.

The magnetic shocks found in the CT5-V are remarkable things, able to stiffen and soften in milliseconds, but by default, they are a starchier setup and it made me appreciate the lack of them on my tester.

The optional twin-turbo V6 is phenomenal. With a swell of torque available low in the rev range, you’re never left wanting for power. Hooked up to a transmission with what seems like way too many gears (10!), the CT5 shifts smoothly and quickly, doesn’t gear hunt, and was never caught off guard.

The steering lacks feel but is precise and quite pleasing to use in the regular “Tour” drive mode. Cycling to “Sport” enhances throttle response but adds a bit too much steering weight making it feel artificial. Likewise, the brakes, a bit grabby at low speeds are just about perfect all other times. 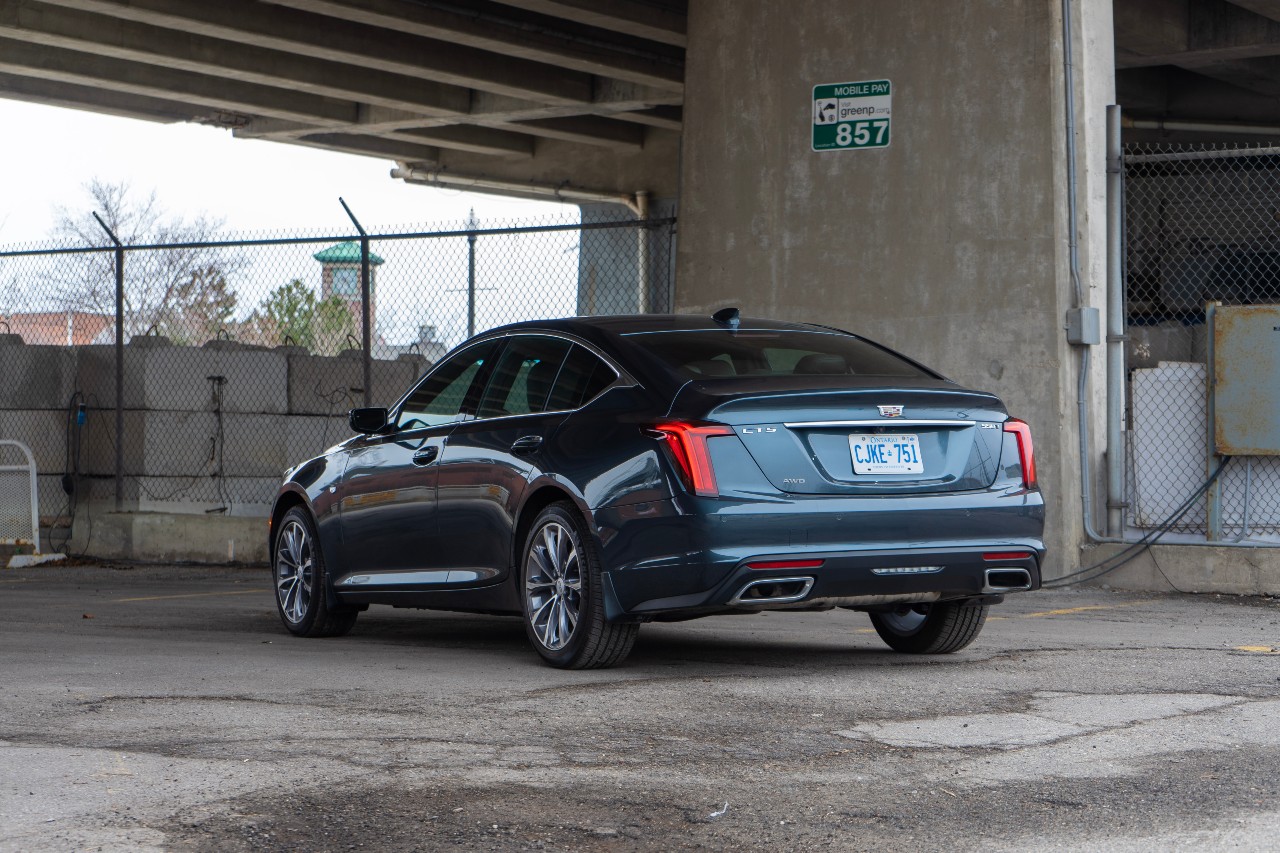 Although the car I was in wasn’t equipped with Super Cruise, Cadillac’s hands-free driving technology, it is now an option on the CT5. I’ve used it a few times and it’s easily one of the best systems of its kind on the market and it’s nice to see it becoming an option on more models.

A bit perplexing to me was the lack of a navigation system on this near $60,000 car. Wireless Apple Car Play and Android Auto make up for it, but on this ilk of automobile, a native navigation system should be standard.

I also can’t get behind the naming strategy where the 550T badge on the decklid denotes engine torque, but in newton metres, not foot pounds.

Cadillac has come a long way in the past couple decades putting out products that are actually desirable. The CT5 is a well-accomplished sedan with great handling manners, a nice cabin, and excellent tech and holds its own against anything the competition has to offer.