With the recent confirmation that the biennial Tokyo Motor show planned for October will be cancelled, it makes the inclusion of actual attendees (and lots of them) at the Shanghai Motor show that opened this week to the public all the more remarkable. Perhaps less so for Tesla, which was officially admonished not only by an unhappy Tesla owner, who managed to stand on the roof of a Tesla display car to protest alleged brake issues in her car until security escorted her out, but also officially by Chinese regulators, which labeled the company’s response to the woman’s actions at the show as well as in attempts for compensation as “arrogant and overbearing” in the state-backed Global Times publication.

China accounts for roughly 41 per cent of the global market for EVs, roughly equal right now to the European market, and Tesla CEO Elon Musk has reportedly said China will likely become the brand’s largest market in the long-term. And it is likely why many major automakers chose to debut electric vehicles at the recent Shanghai show, in a year when most major international (and local) auto shows have so far been cancelled, and most automotive debuts have largely become largely online events. Many of these vehicles won’t make it to North America, such as the Lincoln Zephyr Reflection sedan concept, or the GM-backed Hong Guang Mini EV Cabrio (a Wuling Motors-GM- SAIC co-production of a droptop version of China’s tiny, inexpensive and most popular EV).

But here are some that will end up on our shores, or at least are slated to arrive in North America, and roughly in the order noted below – though chip shortages, battery delays or other COVID-19-related production issues could always affect these plans. We’ve also included links here for more detailed information on each, if available.

Alfa Romeo 4C to end with 33 Stradale Tributo in Australia 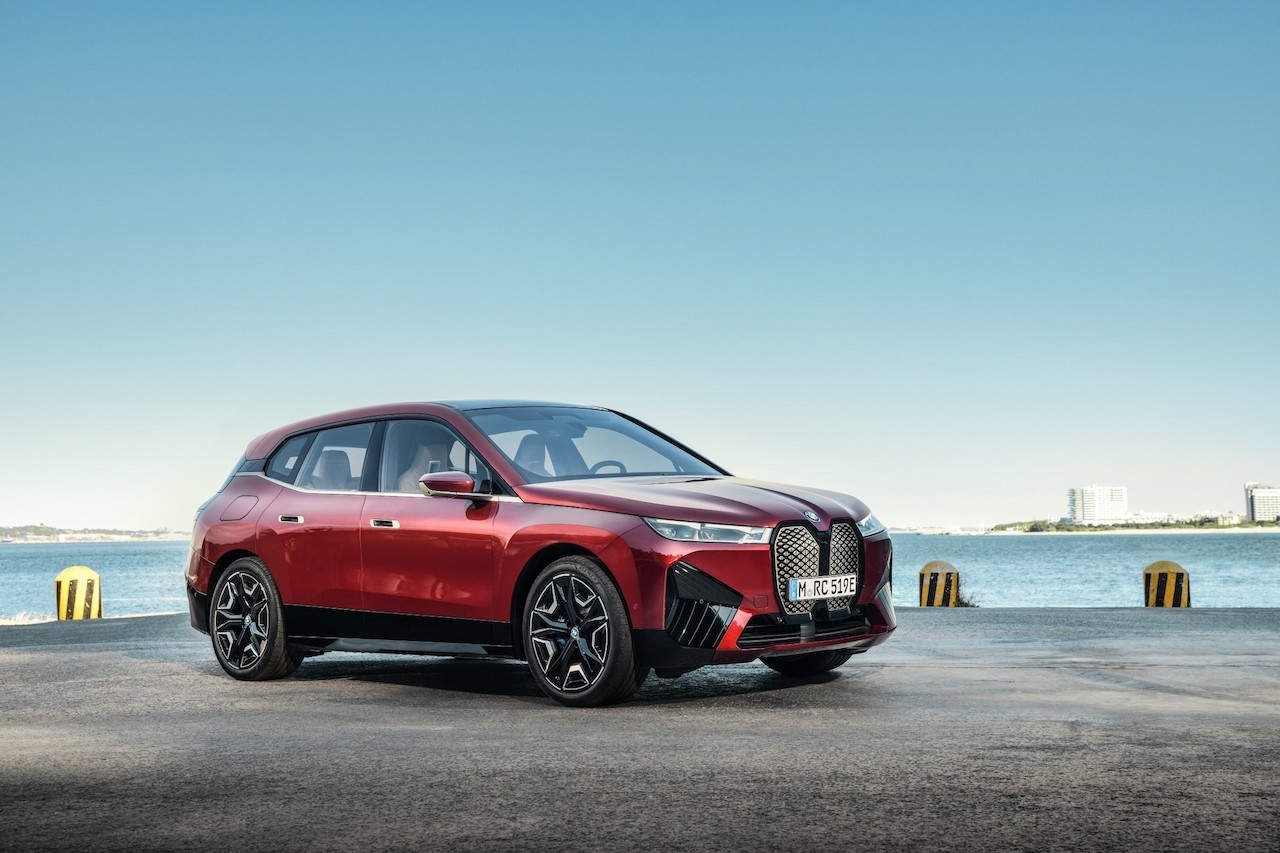 Though first presented online late last year, with all the auto show cancellations, BMW’s iX all-electric crossover made its auto show debut in Shanghai. It is slated to arrive early in 2022, with more than 500 hp and a 0-100 km/h time of under five seconds, predicts BMW. The company says it will be able to achieve up to 475 km, with preliminary colour, interior and other options already available on BMW Canada’s consumer site. 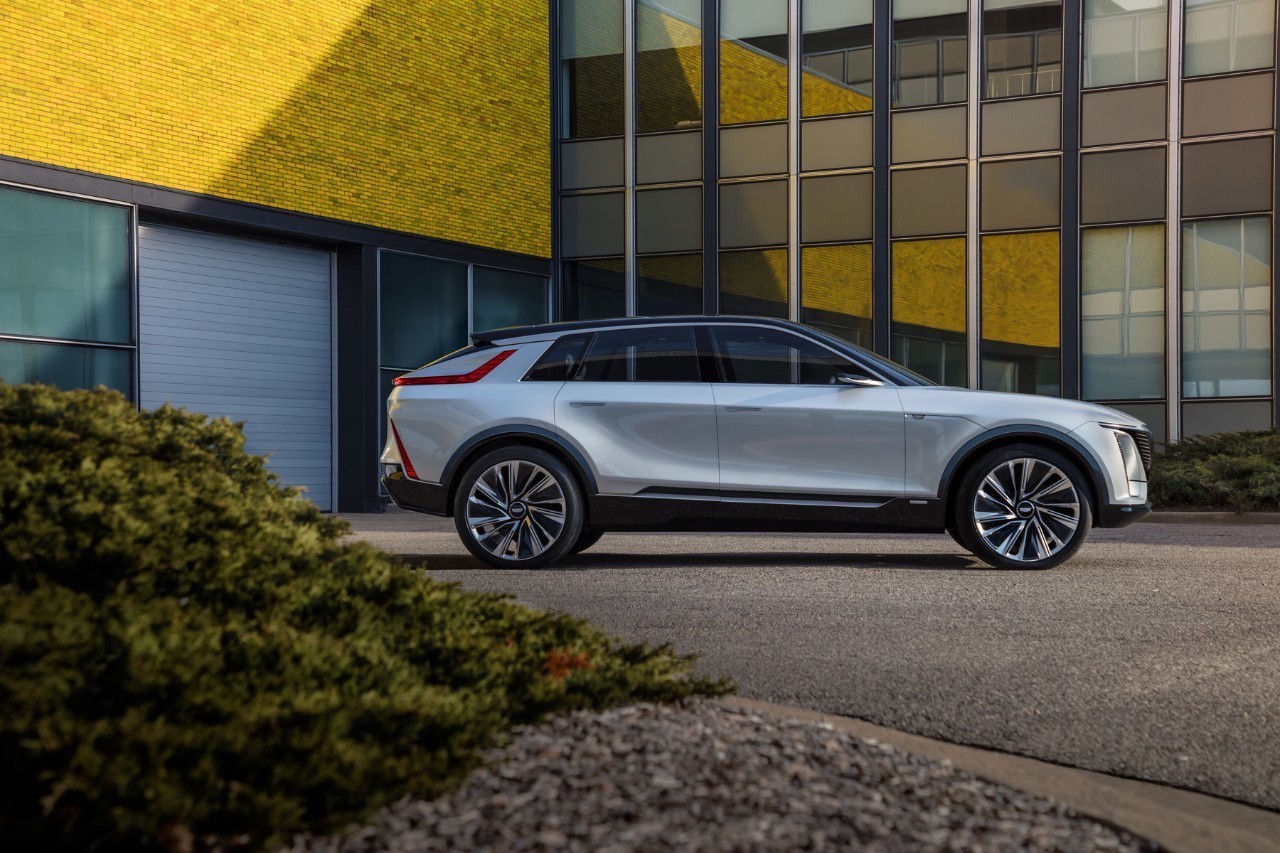 Another familiar face at the Shanghai show, the production 2023 Cadillac Lyriq made its global debut online at the same time as its show debut in China. Slated to arrive in the second quarter of 2022 in Canada, it will be Cadillac’s first all-electric model, and will compete with the Tesla Model Y and Jaguar’s sporting iPace, among other luxury crossover BEVs. Starting at just under $70,000, the Lyriq will offer roughly 485 km of range, Level III quick charging at up to 190 kW, five seats, and near-concept vehicle styling, highlighted by a symphony of welcoming LEDs whenever the driver approaches. 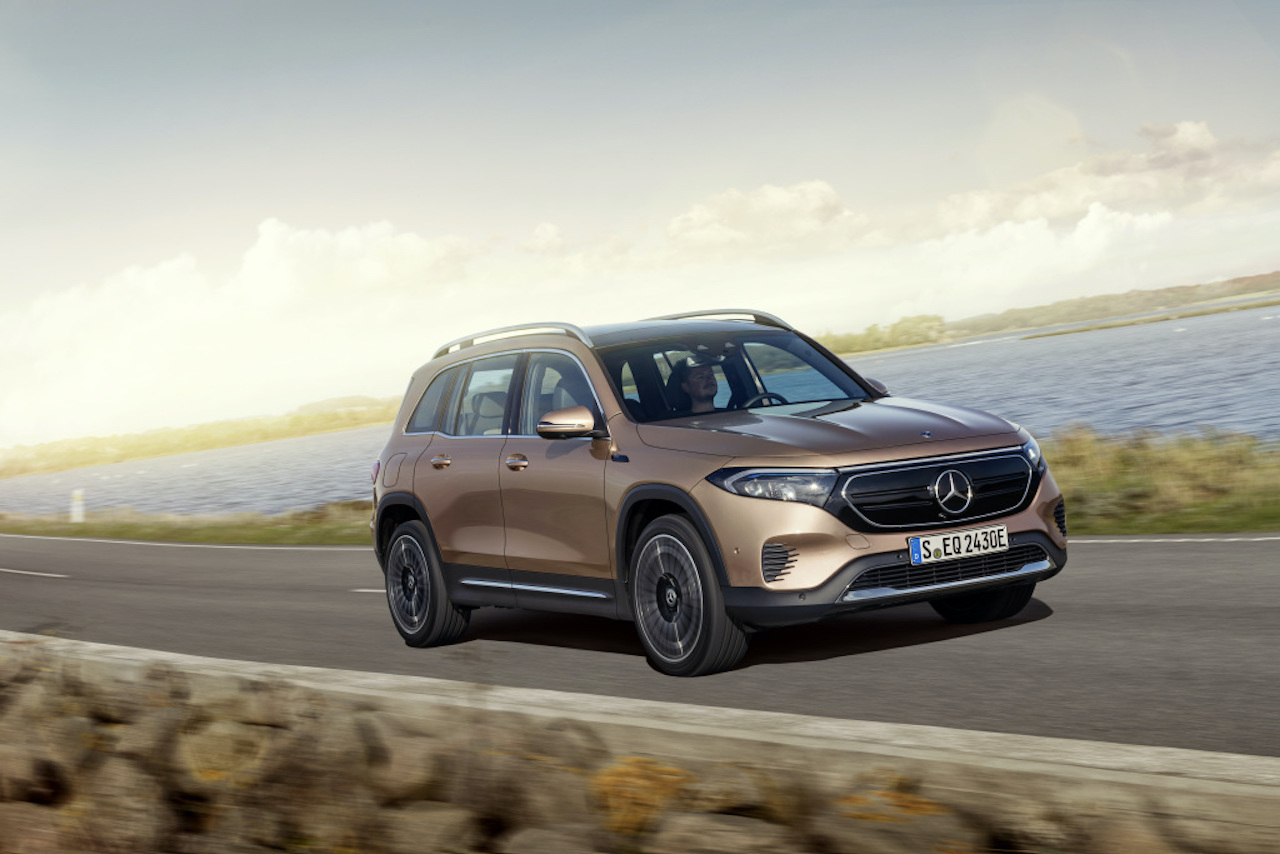 The compact Mercedes-Benz EQB looks just like the current gas-powered GLB compact crossover, outside of more aero-friendly wheels, its tallish and blocky styling helping it also offer its optional third row for shorter folks on the EQB as well (usable for child seats or people “up to 1.65 metres tall”, says Mercedes). Unlike other all-electric EQ models, the EQB will share a version of the same platform as its ICE counterpart, with models in Europe that offer both front and all-wheel drive versions. Driving range on the upcoming top EQB 350 4MATIC in Europe is 478 km (WLTP rated), but the company noted that a “particularly long-range version is also planned.” Mercedes-Benz Canada confirmed the EQB will arrive next year as a 2023 model, but hasn’t specified timing beyond that. 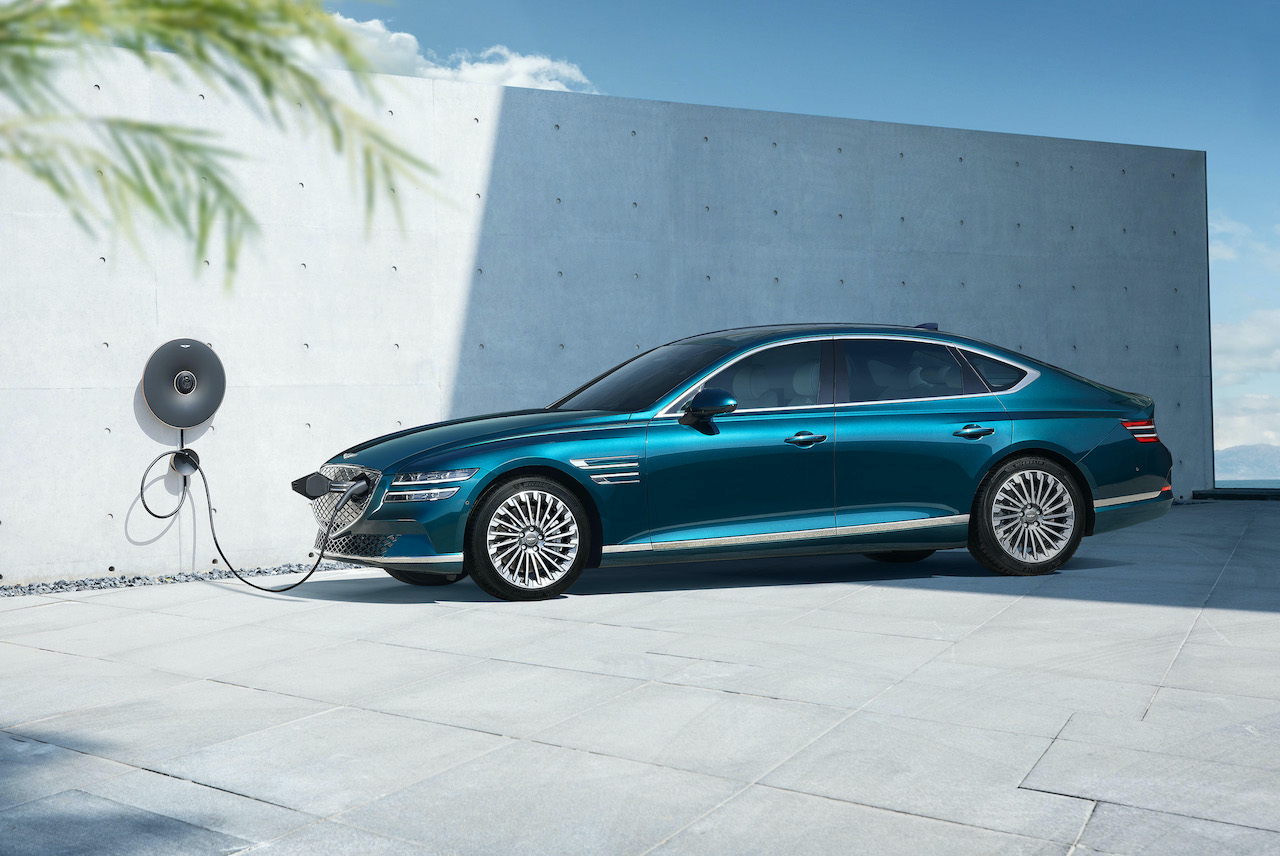 Another all-electric twin of a current gas-only vehicle is the Genesis Electrified G80 sedan, which marks not only the first plug-in Genesis model, but also the first Genesis global debut outside of South Korea, helping to mark Hyundai’s relatively new upscale brand’s upcoming expansion into China. The Electrified G80 mid-size sedan promises roughly 427 km of range, sub-5.0-second 0-100 km/h acceleration, and a super-quick 350 kW Level III charging rate, which would make it the fastest charging EV on the market if it achieves that figure by the time it arrives, estimated to be later this year or early next, but not confirmed either way by Hyundai, er, Genesis as of yet. 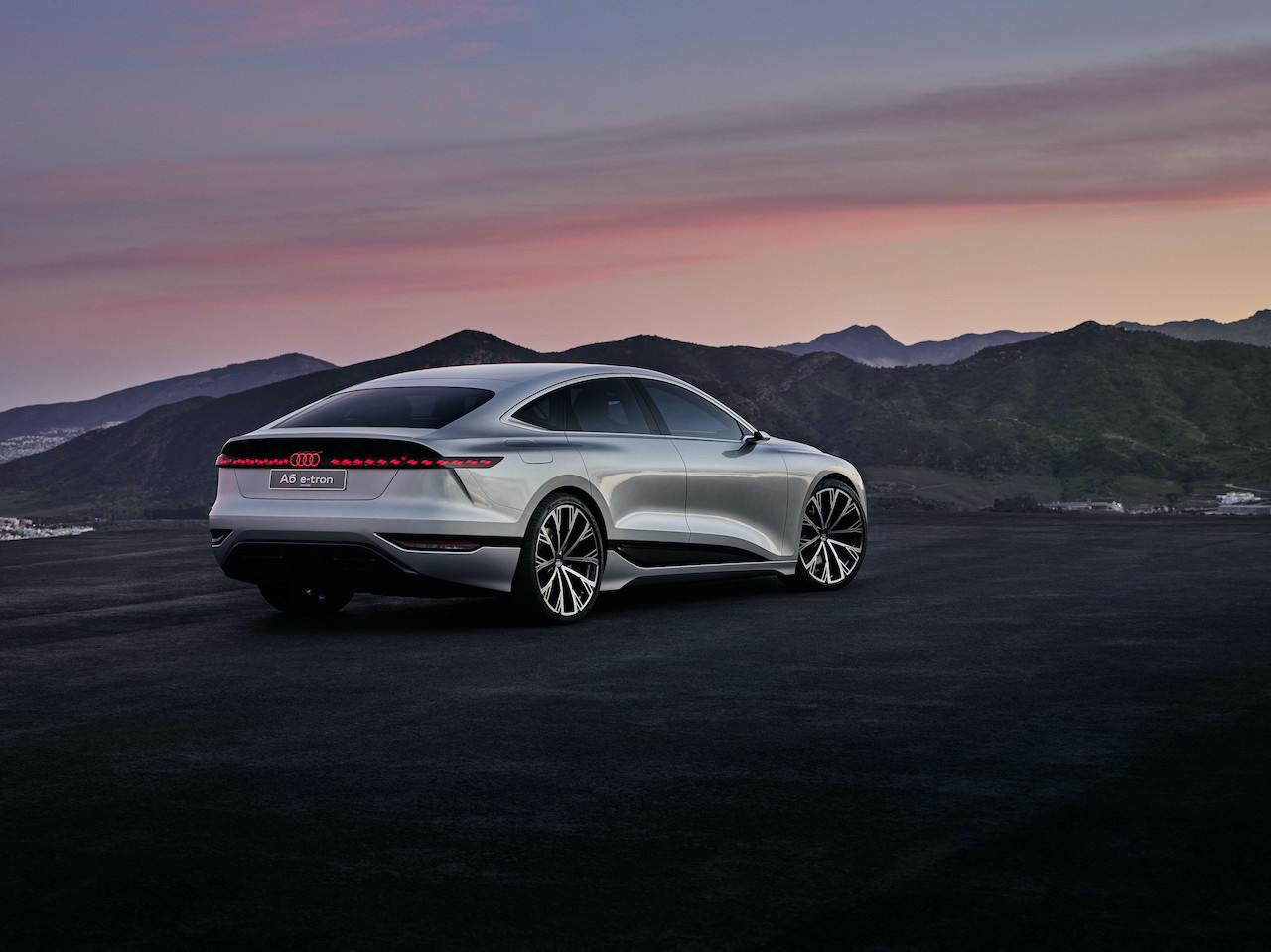 This striking mid-size EV concept may look like a sculpted EV sport sedan, but as its Sportback moniker implies, it’s actually more of a flowing three-box hatchback “concept” shown with very real production intent. It will share the all-electric underpinnings of the group’s PPE vehicles such as the upcoming Porsche Macan EV, with Audi being coy about which of these PPE models will come first, but confirming that PPE architecture vehicles are slated to started production in late 2022. So consider this an all-electric successor to the A7 luxury hatchback, with an ambitious range target of “more than 700 kilometres (WLTP) in the future,” with performance variants able to sprint from rest to 100 km/h in less than four seconds, Audi predicts. 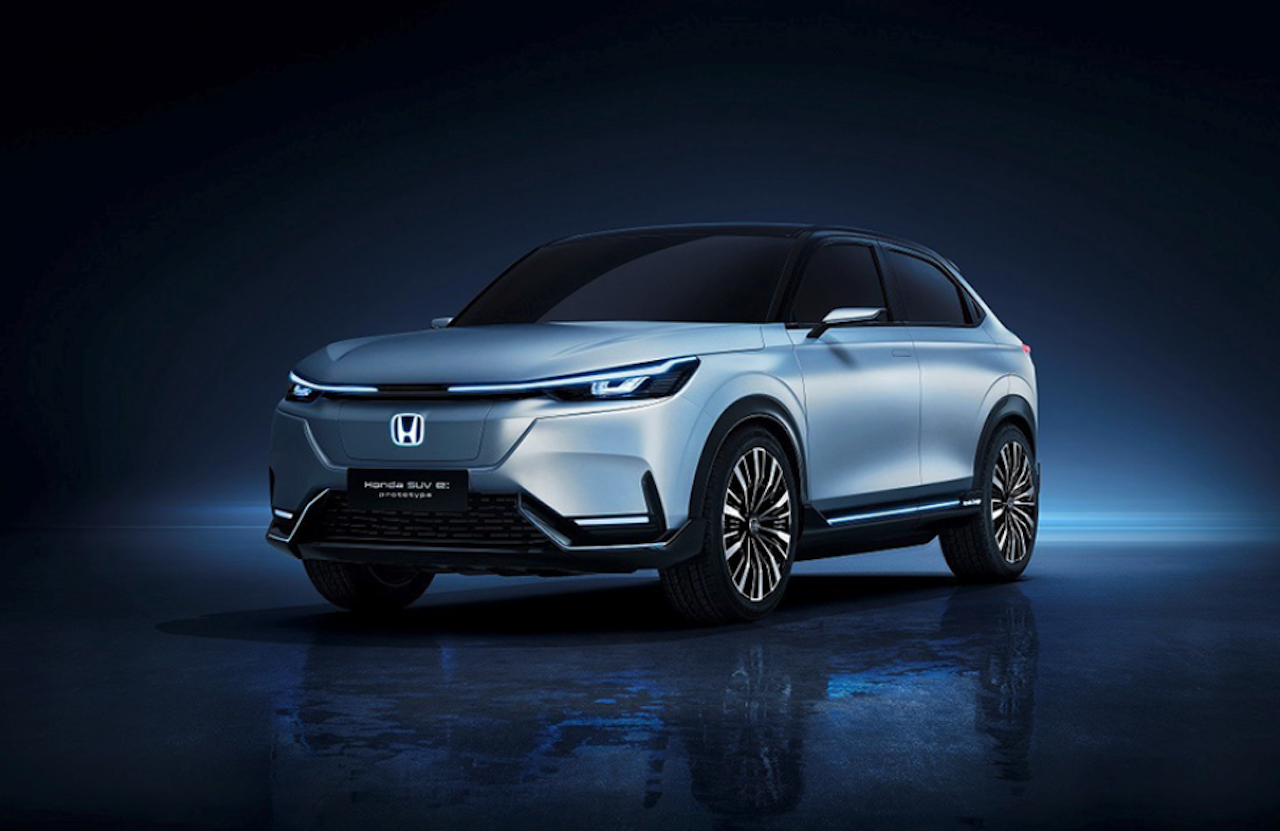 This is where the future becomes hazier, when it comes to the timing (and possibility) of these Shanghai debuts making it to North America. Honda has recently come out and confirmed it plans to offer two-thirds of its vehicles as zero emissions by 2030, including both battery-electric (BEV) and fuel-cell vehicles (FCVs); and 100 per cent of its North American vehicles are to be electric by 2040. The smoothly styled crossover will launch for sale in China in spring 2022, which will offer over the air software updates, but no range or charging speed figures were yet released. Honda is lagging far behind in the BEV world right now, but did say that it would start volume EV sales in North America by model year 2024, with e:Architecture vehicles like this one to start arriving in the second half of this decade. 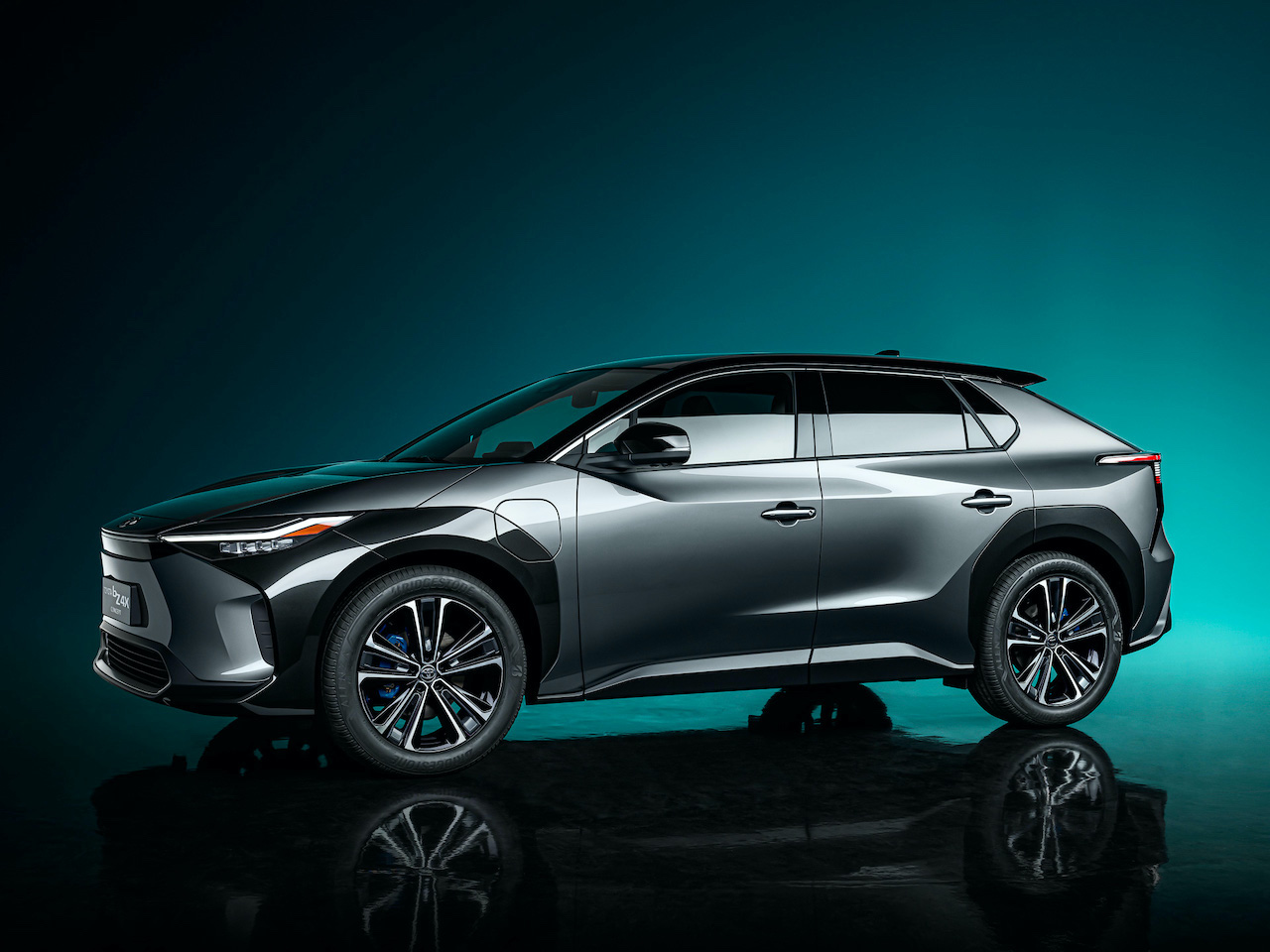 Like Honda, Toyota has not so far embraced battery electric vehicles, its management and government lobbying efforts often actively opposing the rapidly expanding move to zero-emissions vehicles and BEVs in particular. Yet Toyota has also recently announced that it plans to introduce 15 BEVs by 2025, with global sales of the first one unveiled in Shanghai called the bZ4X, an all-electric SUV it plans to produce together with Subaru. The bZ moniker stands for ‘Beyond Zero,’ the first of an all-electric line of seven bZ vehicles, which will be built on dedicated EV platforms, without specifying how many e-platforms in total it plans, nor any performance or range targets. But the bZ4X will ride on the jointly developed e-TNGA BEV-dedicated platform with all-wheel drive, plus will offer a unique steering wheel and a solar system that can add some range to the vehicle. 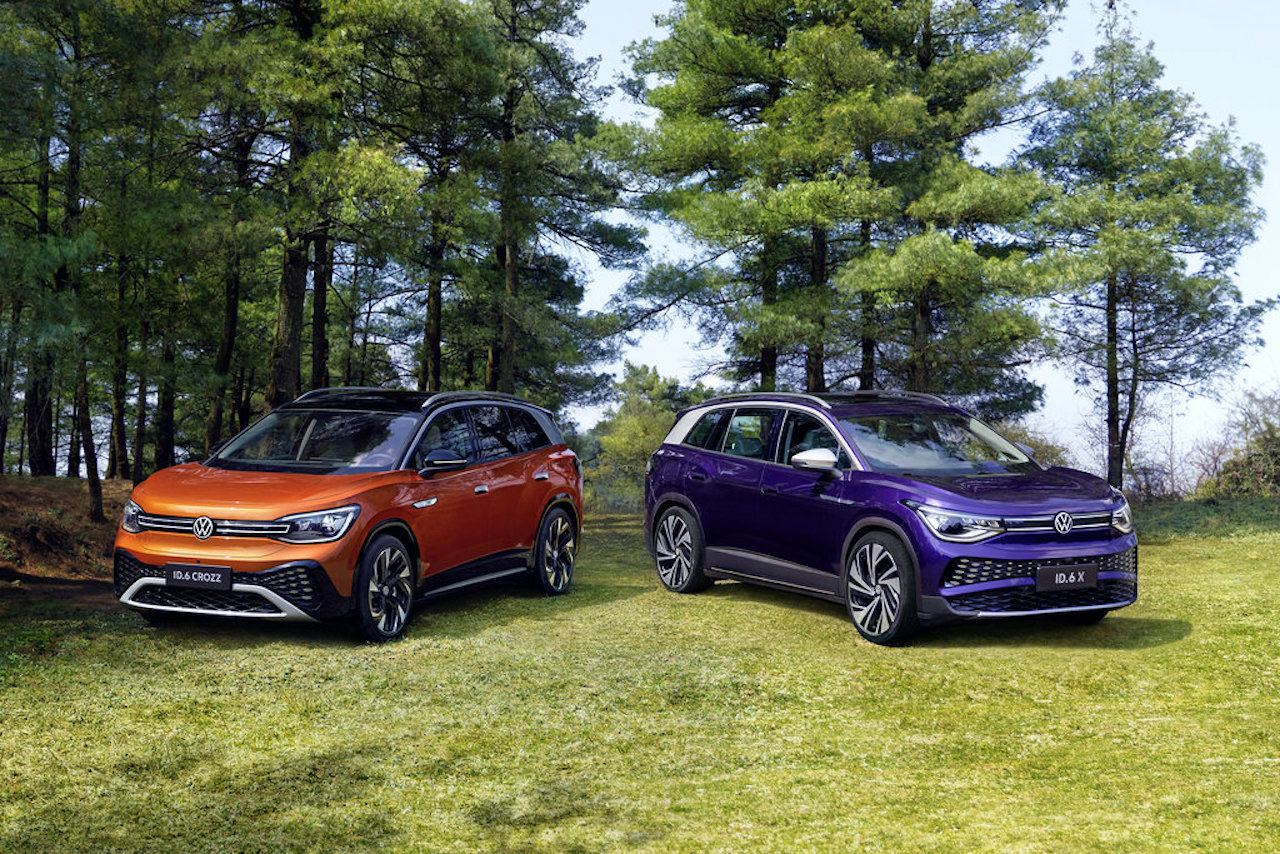 Built off the same platform as the upcoming ID. 4, the Volkswagen ID. 6 three-row crossover would seem a natural for SUV and space-loving North America. And the ID. 4 will be built at Volkswagen’s plant in Tennessee starting next year, barring any delays, and VW has confirmed that multiple BEVs will be coming from that plant. But right now, VW all official indications suggest this expanded version of the ID. 4 SUV will not be sold outside of China – at least any time soon.