The Legacy of Steve McQueen

In the opening scene of the 1958 creature-feature “The Blob,” Steve McQueen is seen sitting in a blue 1953 Plymouth Cranbrook convertible. It’s first shot of McQueen as a leading man and established a link between the actor and cool cars that would continue throughout his career both on and off the screen.

From the Porsche 917K seen in his 1971 film “Le Mans” and the 1951 Chevrolet Styleline DeLuxe in his final film, “The Hunter,” to the Rolls-Royce Silver Shadow from “The Thomas Crown Affair” and the iconic 1968 Ford Mustang GT 390 Fastback he drove through the streets of San Francisco in “Bullitt,”  McQueen was most comfortable on screen when he was behind the wheel of an automobile. 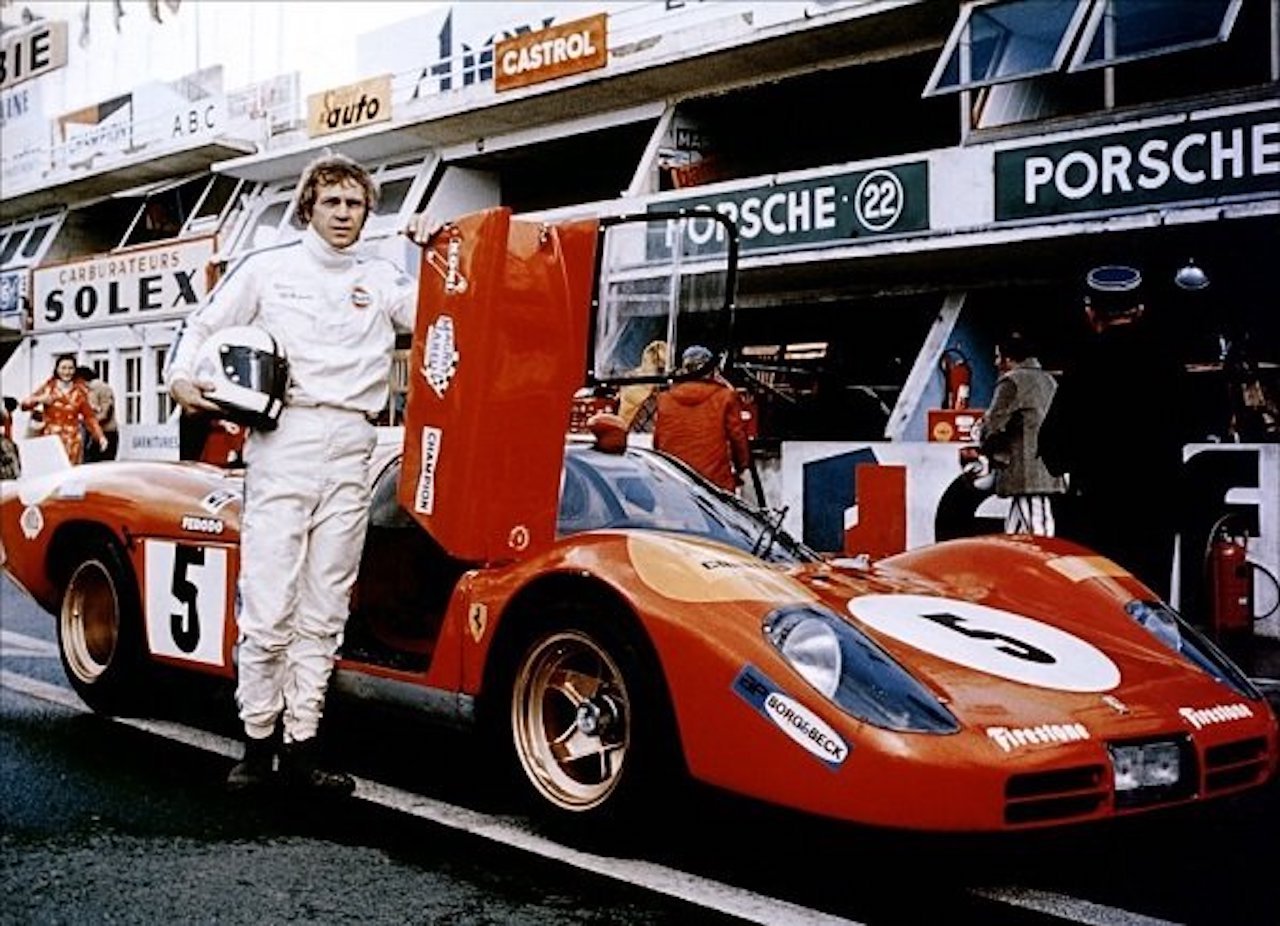 “Bikes and cars weren’t just a hobby for McQueen,” said Kelsy Norman, the Calgary-based host of the Speeding Bullitt: The Life and Films of Steve McQueen podcast. “For him they were a lifestyle. They were a way for him to escape Hollywood. Anything with a motor represented freedom to him.”

This relationship also helped cement his profile as a cooler-than-cool film star who exuded a rugged self-assurance both on the big screen and on the racetrack. It’s a larger-then-life legacy that still attracts people today, more than 40 years after his death, thanks to his films, his racing achievements and the memorabilia associated with both.

Morry Barmak, owner of Collector Studio. The Yorkville business sells high-end automotive memorabilia, everything from film costumes and museum quality posters to racing helmets and model vehicles. It is also home to a number of items tied to McQueen’s film and racing careers and helps, in a physical way, to understand his lasting appeal. 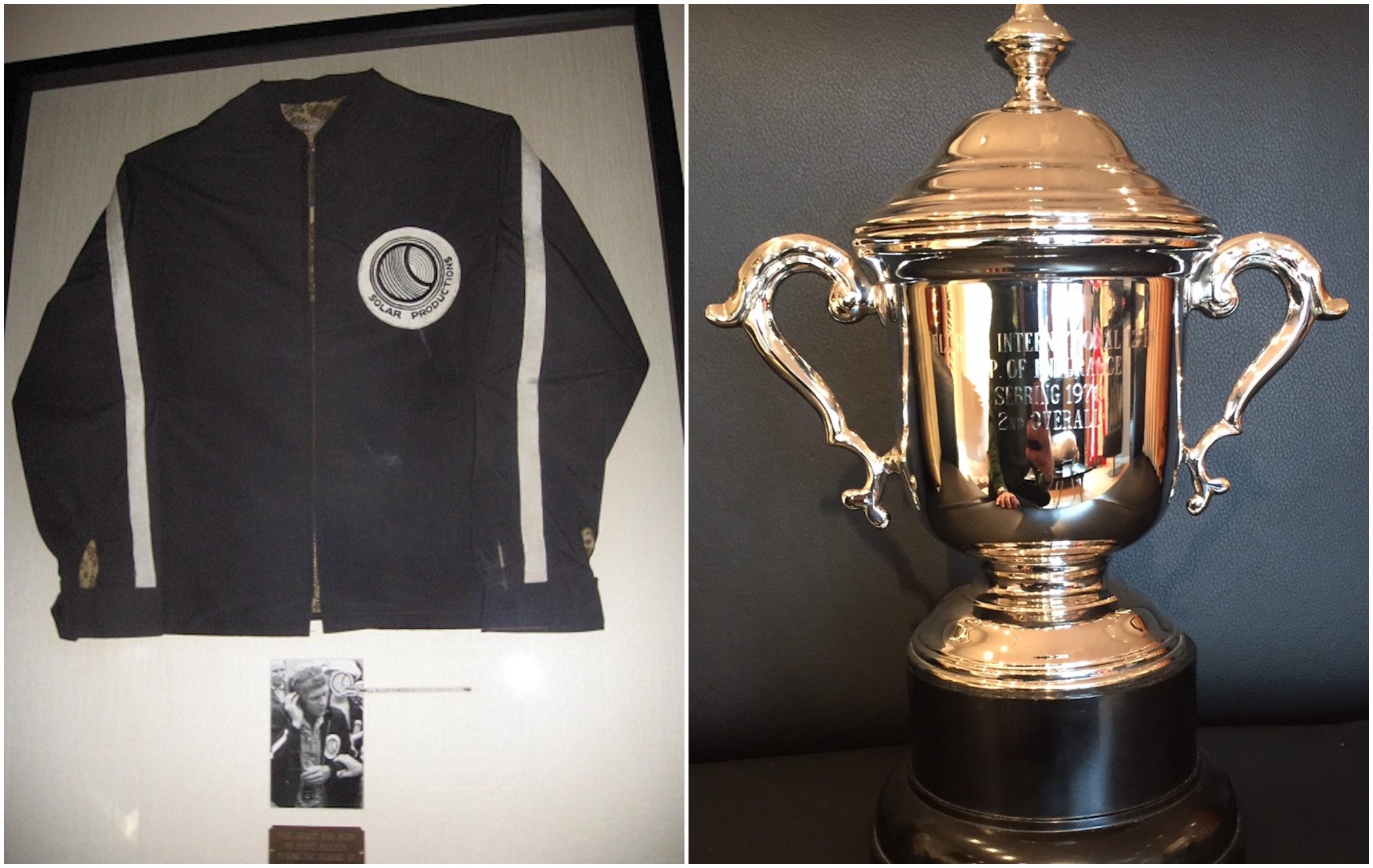 How hot is McQueen today? Barmak pointed to the two-piece Nomex cream uniform the actor wore while filming the classic racing movie “Le Mans,” which celebrates its 50th anniversary this June. The costume bears his character’s name, Michael Delaney, and is one example of how in-demand items tied to McQueen and his iconic movie career, he died from mesothelioma in 1980 at age 50, still are among  collectors.

“The movie suit was actually given by Solar Productions (which made the film) to a contest winner in the U.K., and it was presented by the actual Le Mans race winner Richard Atwood,” said Barmak. “It had a beautiful provenance trail, one ownership and all documented. It’s also probably my best one-that-got-away story because I basically spent a year-and-a-half publicizing the suit. I offered it to every collector on the planet and, in the end, I sold it for $160,000 (U.S.), which was great. Then, three-and-a-half months later, my buyer put it up in a celebrity auction where it sold for a million dollars.”

New Netflix documentary on Michael Schumacher out this year

Barmak still has the Solar Productions jacket McQueen also wore while filming the movie. “I ended up buying that from the estate of a guy named Mr. Chaumont, who was Steve’s personal assistant while they were filming the movie,” he said. “It’s one thing to have a piece that’s been owned by a number of people, but this comes directly from someone who knew him,” Barmak said. 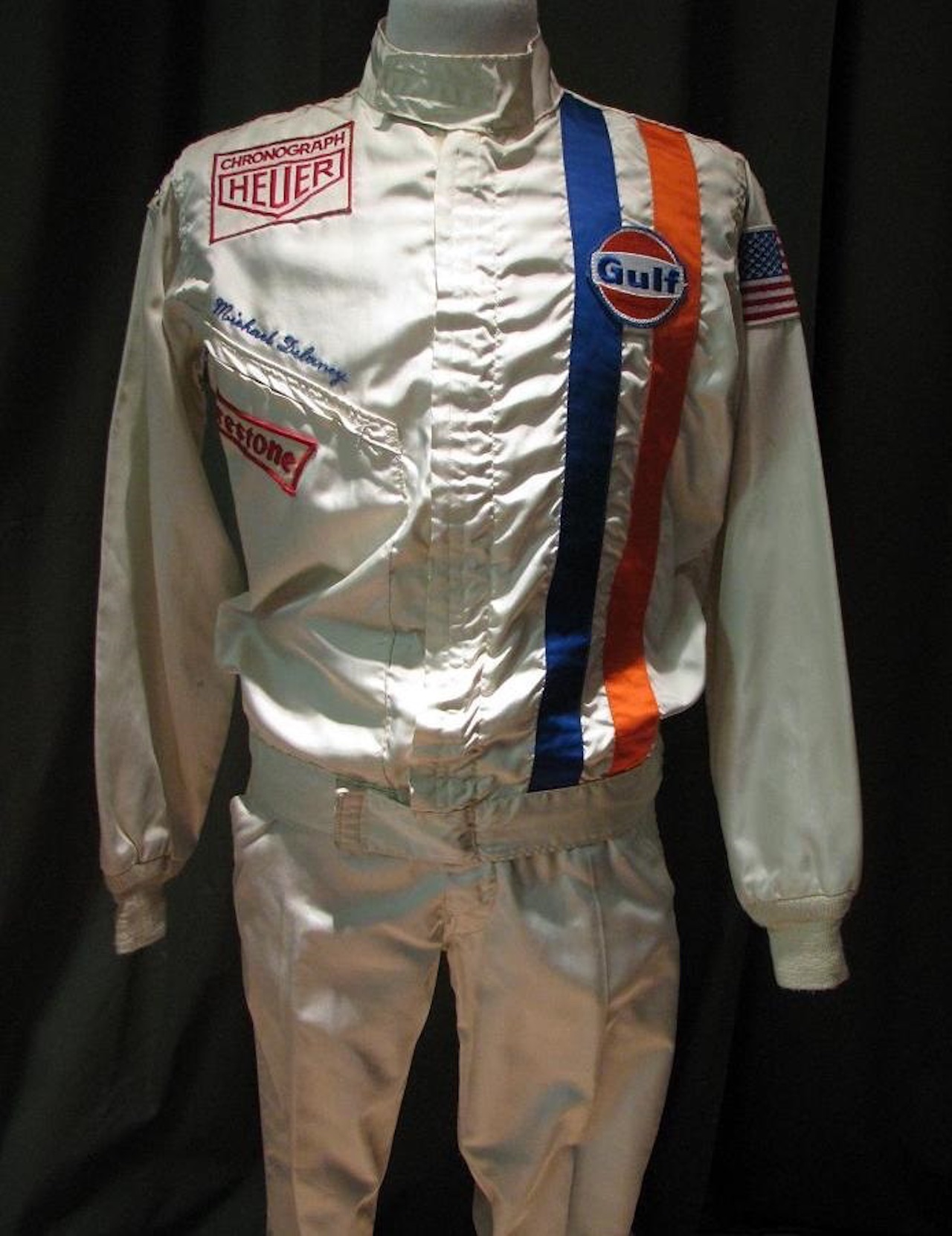 McQueen’s famous quote, “I’m not sure whether I’m an actor who races or a racer who acts,” was never truer than in March 1970. With a broken foot, he and Peter Revson, heir to the Revlon cosmetics fortune, came in second place at the gruelling, 227-lap 12 Hours of Sebring race in his Porsche 908 /2.

“He was a serious driver; he wasn’t just an actor-driver,” said Barmak. “Up against the likes of Mario Andretti, he literally took this car, which was not the best car on the track, and finished second. I have the actual second-place trophy that was awarded to him. It has wonderful provenance. There is even a photo of him receiving it at the award ceremony. So that’s a very special piece.”

Formula One latest: How the grid is likely to look in 2022

McQueen’s performance at Sebring lit up the racing world. To celebrate, Porsche released a ‘McQueen Drives Porsche’ poster featuring the car and a larger-than-life image of the actor. Unfortunately for Porsche, but fortunately for collectors, the manufacturer didn’t clear the rights to use the actor’s image.

“They had to pull the run,” said Barmak. “No one knows exactly how many were made, but since I’ve been selling that poster, it’s only gone up in value. In the early years I was selling them for $2,500. Now they’re making about $10,000 apiece.

“I think he’s always going to be hot. It really depends on where cars are going in the future because in 20 years if it’s all electric cars, I think people are going to start coveting the gas era and the people who made cars famous,” Barmak said. “There are some icons that don’t get stale.” 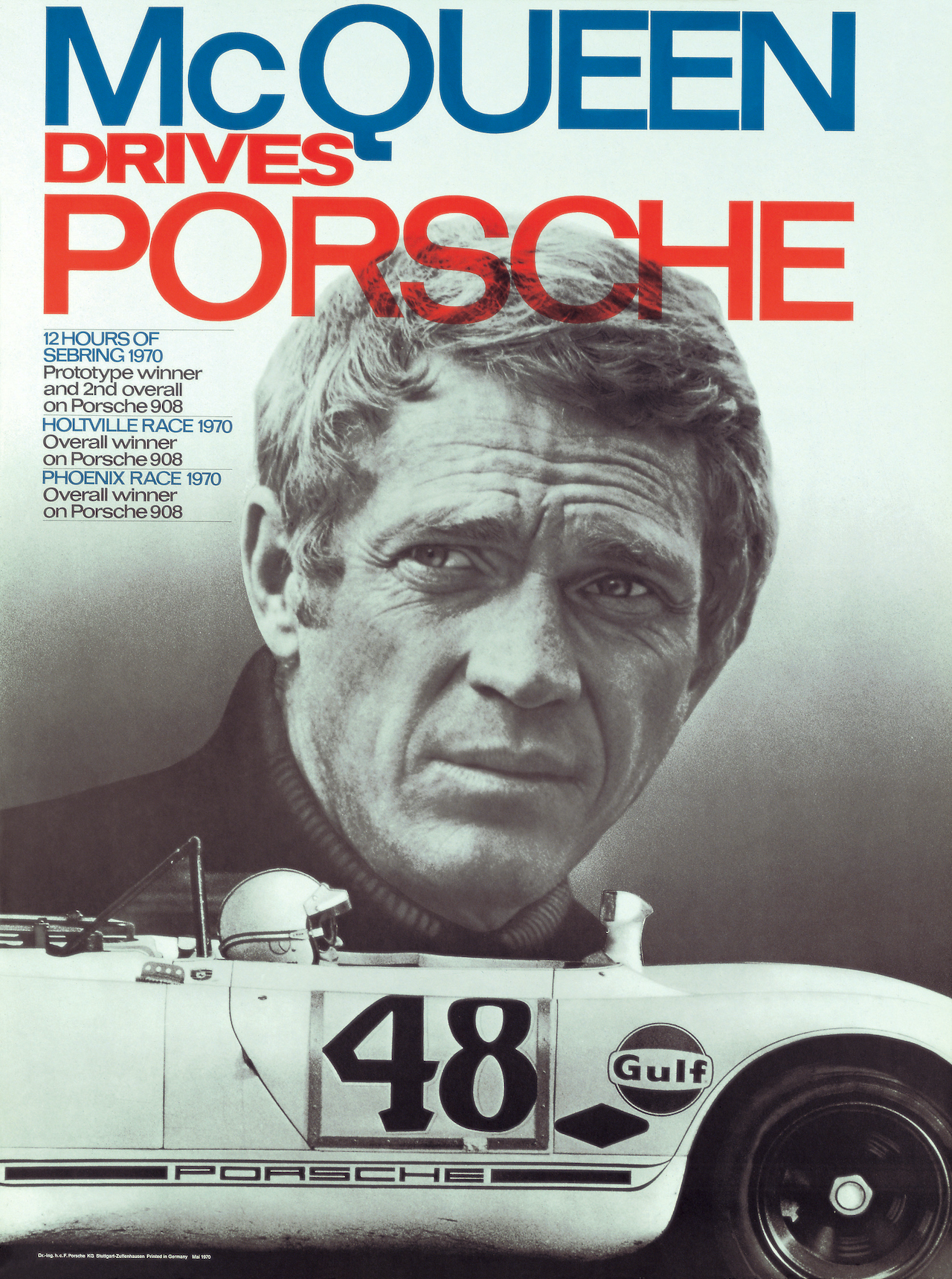 Known as “The King of Cool,” McQueen starred in more than 30 movies and was nominated for a best actor Academy Award for his role in 1966’s The Sand Pebbles. He also competed in various car and motorcycle races. In 1978, he was inducted in the Off-road Motorsports Hall of Fame.

The post The Legacy of Steve McQueen appeared first on WHEELS.ca.