These were our favourite cars of 2021

In any given year – even during a pandemic – automotive reviewers may get to test more than a dozen cars a year, putting them through the twists and turns of city, country, and highway driving. And while some makes and models may seem familiar to another, there are always some vehicles that stand out from the others and stick in the reviewers’ mind. We asked five regular car review contributors to Wheels.ca to pick their favourite ride they got to drive in 2021. 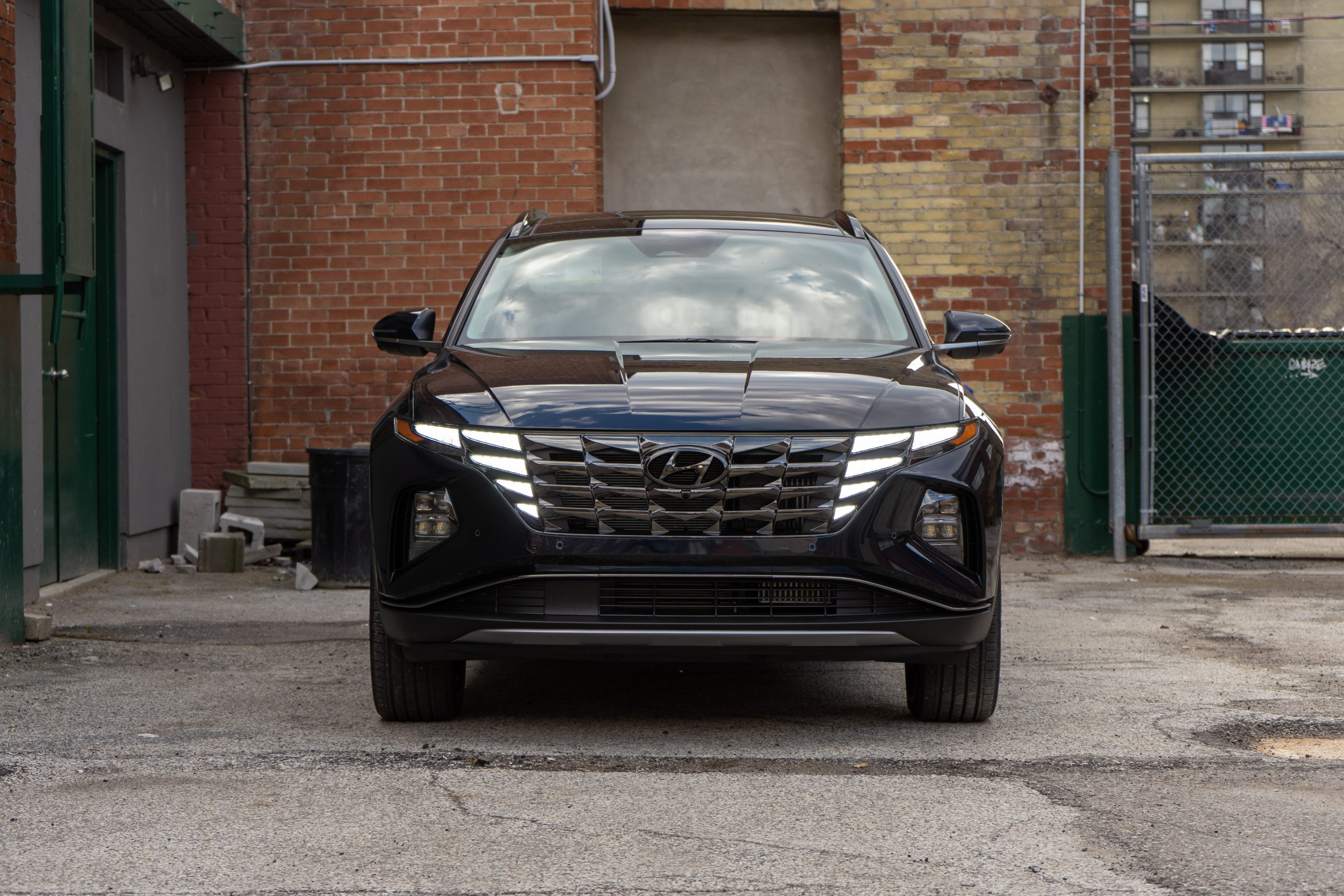 “Deciding what makes a vehicle the top drive of the year is highly subjective. My colleagues might choose the vehicles that excited them the most regardless of category or cost, but I’m opting to add some relevance to the average Canadian family into the equation and go with the Hyundai Tucson Hybrid.

It’s an affordable, stylish, and effortlessly fuel-efficient vehicle in a very popular segment where those factors matter most. That said, it’s not perfect: if you like your car to have buttons and knobs rather than relying on touch inputs then you may encounter some frustration here. And the hybrid powertrain is only included on the Tucson’s upper trims, meaning it’s still not truly a budget option. But its pricing does fall in the $40,000 range, which is close to the average amount Canadians are spending on their vehicles these days.

“And with a fuel consumption rating of 6.4 litres per 100 kilometres combined and everything else it has going for it; the Tucson Hybrid offers exceptional practicality and value.” – Stephanie Wallcraft 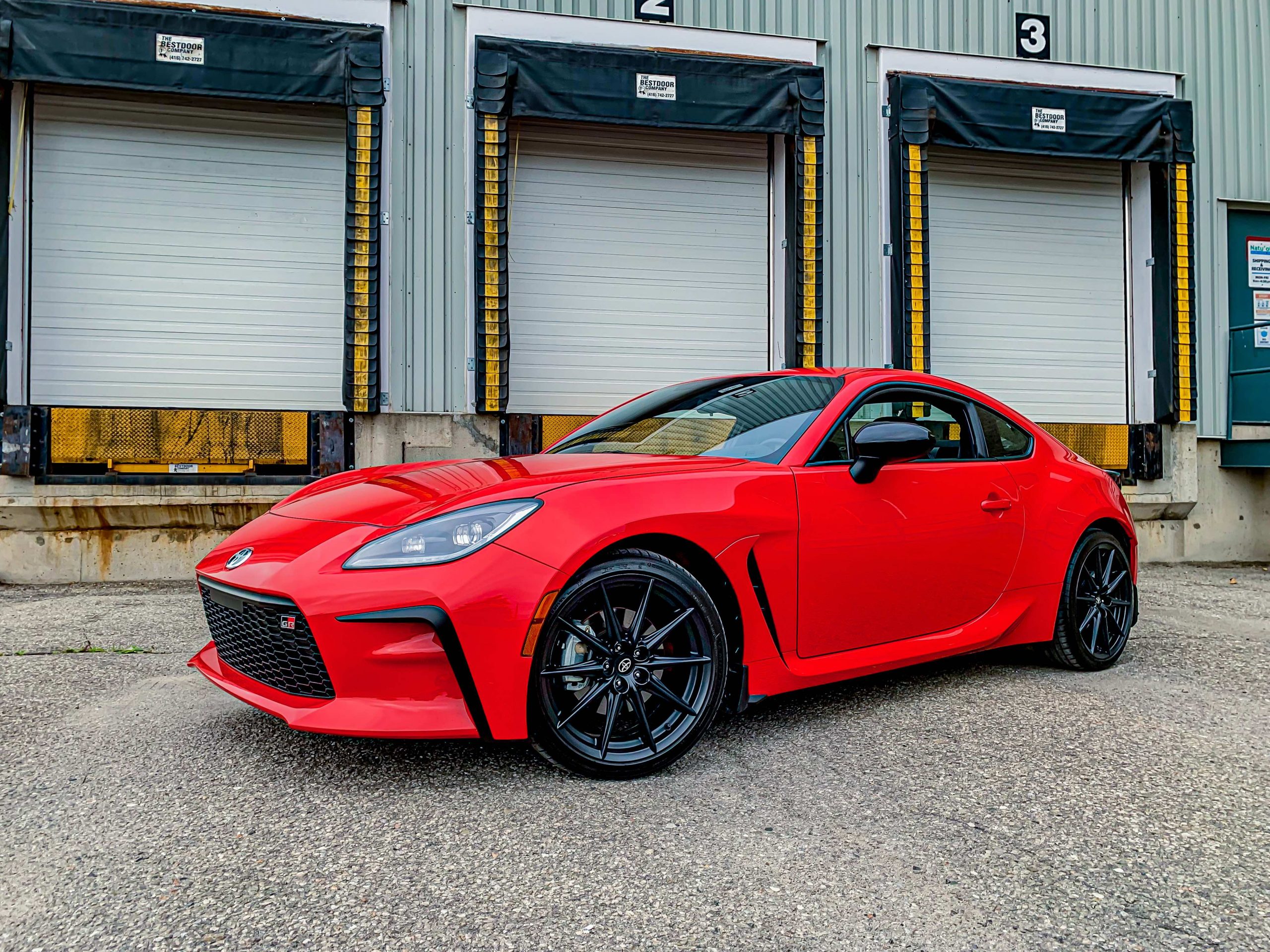 “The GR86 is more fun, engaging, and rewarding than any other sports cars I drove this year, including ones with three or four times the sticker price.

“My initial concerns were that Toyota would inevitably ruin what was so special about the outgoing 86 GT by increasing the weight, power, and presence of electronic nannies. Instead, Toyota managed to keep everything that was great about the 86 GT, while addressing some serious quality of life issues.

“The accessible power, superb chassis and steering, low centre of gravity, analogue driving feel, and general tail-out happiness are all still very much present. And amplified. Toyota added just the right amount of performance capability to the GR86 to maximize enjoyment, without spoiling the purity of the experience. Pinning the GR86 though twisty back roads while nailing crisp and clean shifts in the high RPM range is nothing short of driving bliss.” – Chris D’Alessandro

Pricing not yet released, Audi Canada 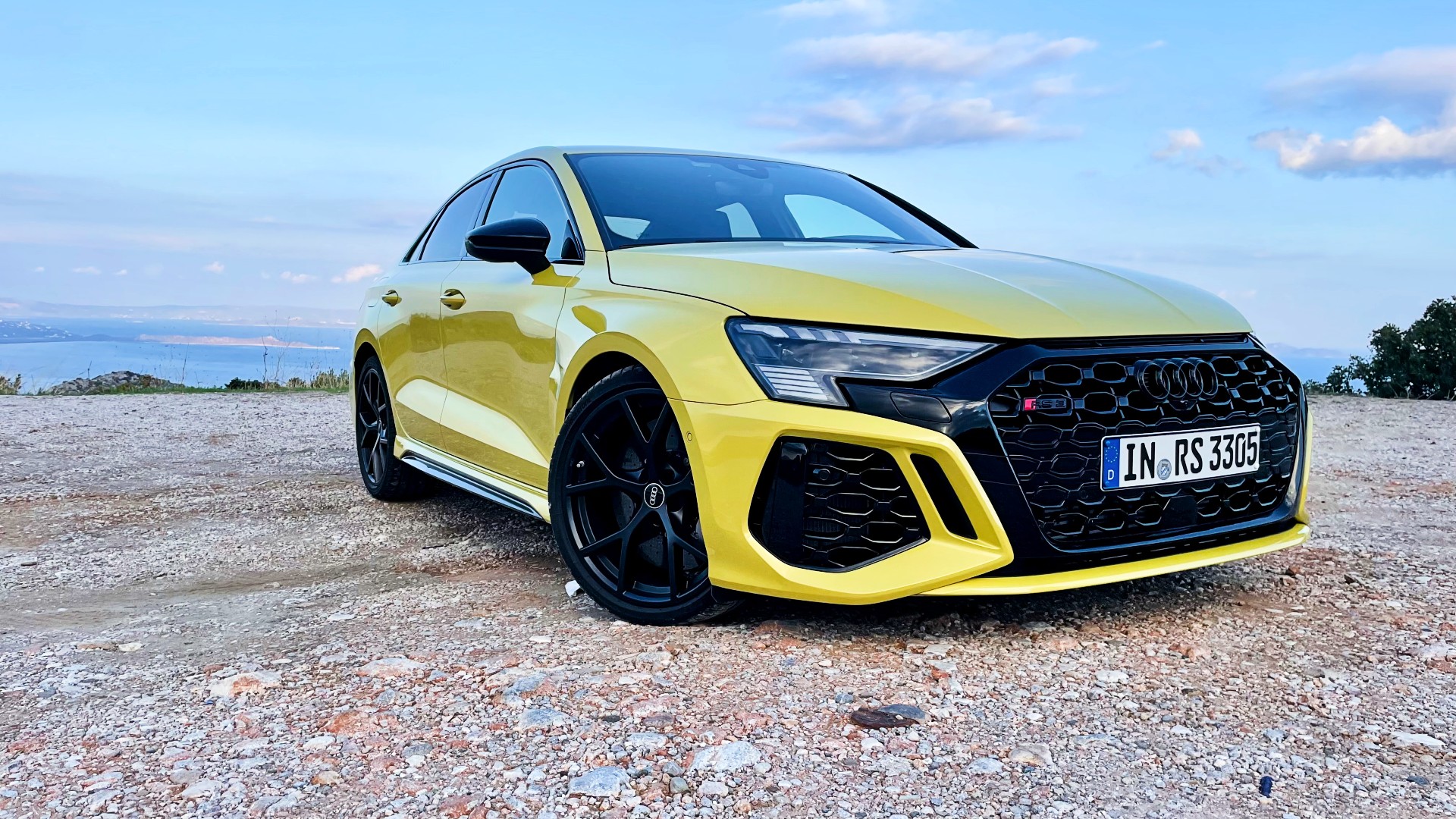 “Picking a car of the year is difficult given the number of deserving entries, but Audi’s forthcoming subcompact missile lingers in my memory. The outgoing RS 3 is fun, but the next-gen car is better in every way: bigger, more stylish, with more tech, and, oh yeah, more power. “From its glorious 2.5-litre inline five-cylinder turbo that now produces an eye-watering 400 horsepower and 369 lb-ft. of torque, to its dazzling LED lighting technology and RS Torque Splitter which can send 100 per cent of engine torque to one of the rear wheels for what the Four Rings calls ‘controlled drifts,’ this little sedan is a true marvel.

“The exhaust baffles make for a crackling symphony of backfires off-throttle, making every downshift more fun than the last, but the biggest grins happen when you get back on the gas and the turbo five-cylinder launches the RS 3 into the next corner.” – Lee Bailie 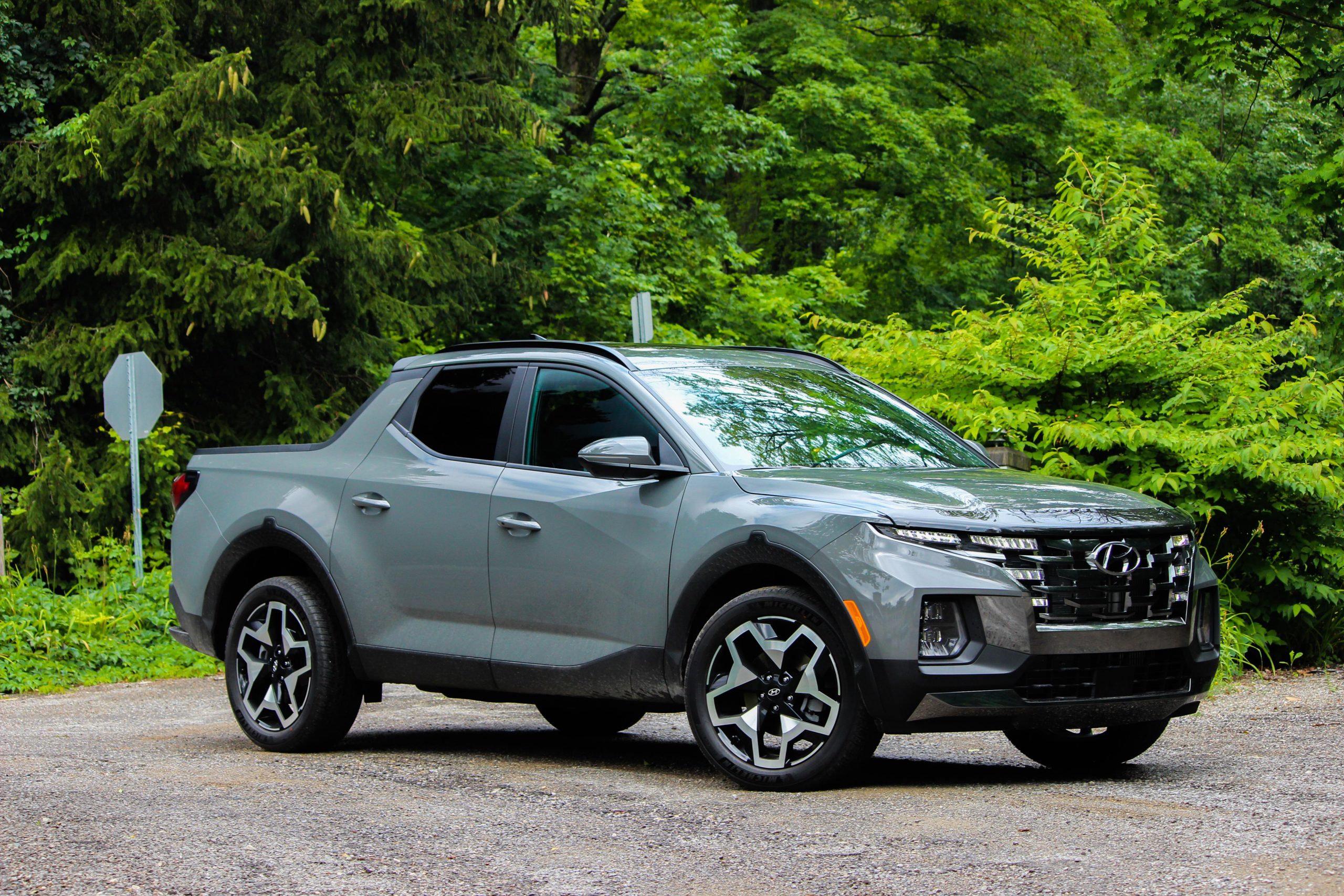 “Incredibly cool-looking with turbocharged power and all-wheel drive as standard, the Hyundai Santa Cruz even has a serviceable pickup bed with all sorts of features and the interior digs of a traditional crossover. With the Santa Cruz, Hyundai has answered the question much more traditional small pickup manufacturers have been asking for years: how do we make our pickups more attractive to non-pickup people?

“Turns out, it’s pretty simple: give it the abilities of a truck (like, say, a pickup bed and 5,000-pound tow rating), but put it on a crossover platform so it doesn’t drive like a truck, and is more efficient than a truck. Oh, and in Hyundai’s case, don’t even call it a truck, rather a Sports Adventure Vehicle. With the Santa Cruz, Hyundai has essentially invented, or at least resurrected, an entire segment.” – Dan Heyman 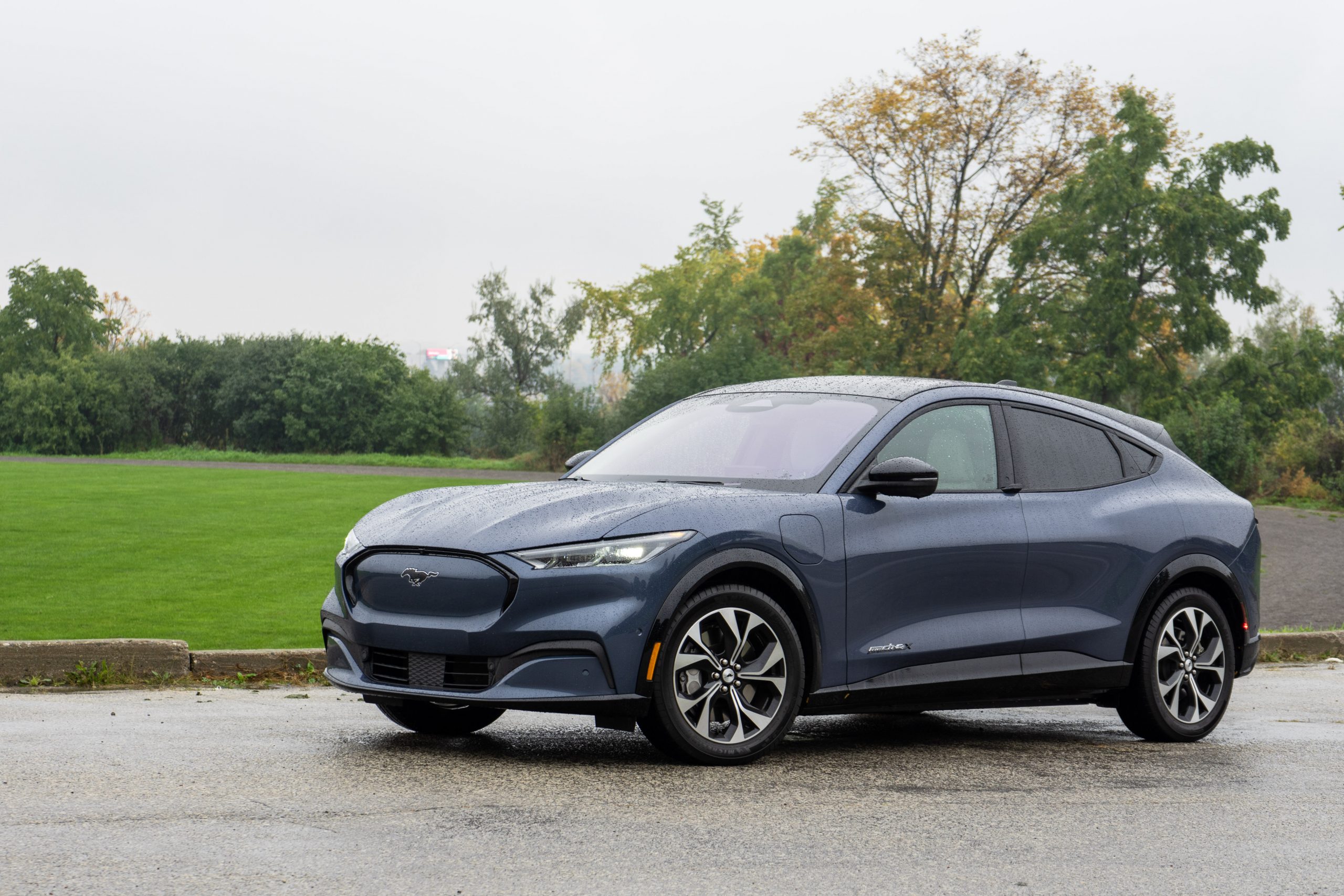 “Out of all the ground-hugging sports cars, tech-heavy euro sedans, and hulking, leather-stuffed SUVs I drove this year, the car that stands out most was the Mustang Mach-E. It’s about as far from a Mustang as you can get, but it’s my pick because a mainstream automaker finally produced an SUV that makes all others in the highly competitive compact SUV class feel irrelevant.

“The Mach-E looks phenomenal and is a pleasure to drive with competent handling and a comfortable ride. The cabin is pin-drop quiet, the electric drivetrain is seamless, and it’s remarkably efficient for a vehicle of its size.

“Spending time in the Mach-E’s airy cabin makes you feel like you’ve been transported 10 years into the future with its large easy to use centre screen and thoughtful use of sustainable materials. It feels like the biggest leap forward in the last 50 years for traditional auto brands and that’s why it’s my pick for car of the year.” – Kunal D’souza

The post These were our favourite cars of 2021 appeared first on WHEELS.ca.