Trailblazing her way across Nova Scotia

Nova Scotian travel writer Clara Dennis was a trailblazer in more ways than one. Exploring a rapidly changing Nova Scotia by car in the 1930s and 1940s – many times on roadways still being built – she wrote from the heart about the people and places of her home province.

“At that time, Nova Scotia, and especially Cape Breton, seemed very remote to Canadians who were leisure travellers because it lacked the roads and railways that had opened up more westerly provinces to tourism,” said Alexander Gates, executive director and curator at the Canadian Automotive Museum.

Documenting her experiences in three books, multiple articles published in magazines across Canada and through thousands of photographs, Dennis was considered the province’s first travel writer. She also documented Mi’kmaq folklore and traditions for what may well have been the first time.

“What made Clara’s writing so special was that she wasn’t just doing this high-culture grandiose reporting but talking to real people. This deeply personal writing was really different from what else was happening at that time,” said Heather Allen, senior archivist at the Nova Scotia Archives. Dennis interviewed lighthouse keepers and fishermen, as well as persons of note, which gave her stories unique perspectives that drew her readers in.

“Dennis was known as being a car enthusiast, and in her books, she talks about the automotive aspects of her travels. She took a lot of photos of her car, and we have many in the collection,” added Allen.

Though seeing a woman behind the wheel of a car wouldn’t have been unheard of in the late 1930s in much of Canada, a motorist such as Dennis was undoubtedly a novelty as she roared into the remote communities that she loved to write about. Dennis was not of her time, travelling mostly solo. Gates said that reading magazines from the era there are few bylined stories by women writers — let alone by any as prolific as Dennis. 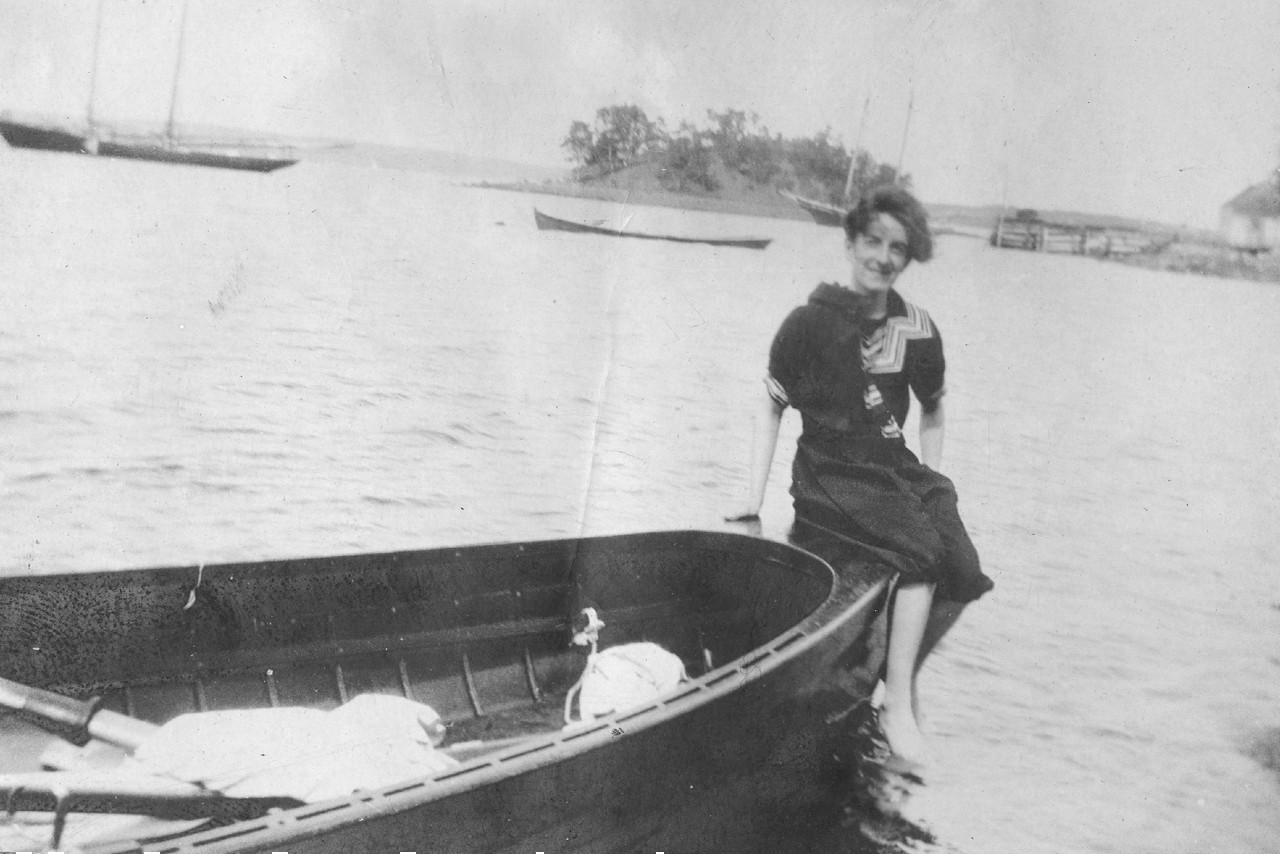 Born Clarissa Archibald Dennis in 1881 (she lived in the province until her death at the age of 76 in 1958) some of her freedom to pursue life as a travel writer likely came from being born into money. Her father was a senator and ran the Halifax Herald where she cut her teeth as a reporter.

Though long-forgotten, Dennis was a household name across Canada in her time. She left a legacy of more than 2,500 photographs which, along with her books, notebooks and many articles, are housed at the Nova Scotia Archives.

Driving new roads took Dennis to tiny villages in the Cape Breton Highlands that could previously only be accessed by travelling over the mountains on foot or horseback (or by boat along the shore). At times, it  was extremely difficult. “Some of the roads through Cape Breton are still considered a little extreme but looking at the photos of these dirt roads out of the side of the mountain that she drove through, I can’t imagine,” said Allen.

In a 1929 story for Canadian Motorist (which would later evolve into CAA magazine) Dennis describes how driving past Cap Rouge in the Highlands she had repeatedly back up her car and then drive forward   to get around the tight curves, “… for the road had not yet been completed.” Dennis was an adventurer, and clearly loved the challenges of getting to explore every part of the province, whether or not it was quite automobile ready.

The car featured in many of Dennis’ photographs and journeys is a 1938 Hupsmobile. This model was one of the last cars produced by Detroit’s Hupp Motor Car Co, which operated from 1909 before filing for bankruptcy in 1940. Known for being inexpensive and reliable (and for a comfortable ride, Gates said) only a relatively small numbers of Hupsmobiles were manufactured, which means they are a much coveted find amongst today’s antique auto collectors.

Dennis’ Hupsmobile would have been a sturdy choice for touring the mountains and backroads of the province she loved, though she’d have needed to carry out basic maintenance from time to time so must have been fairly savvy with the basic mechanics of her motor. “I’m sure that she would have been quite an adept mechanic,” said Gates. 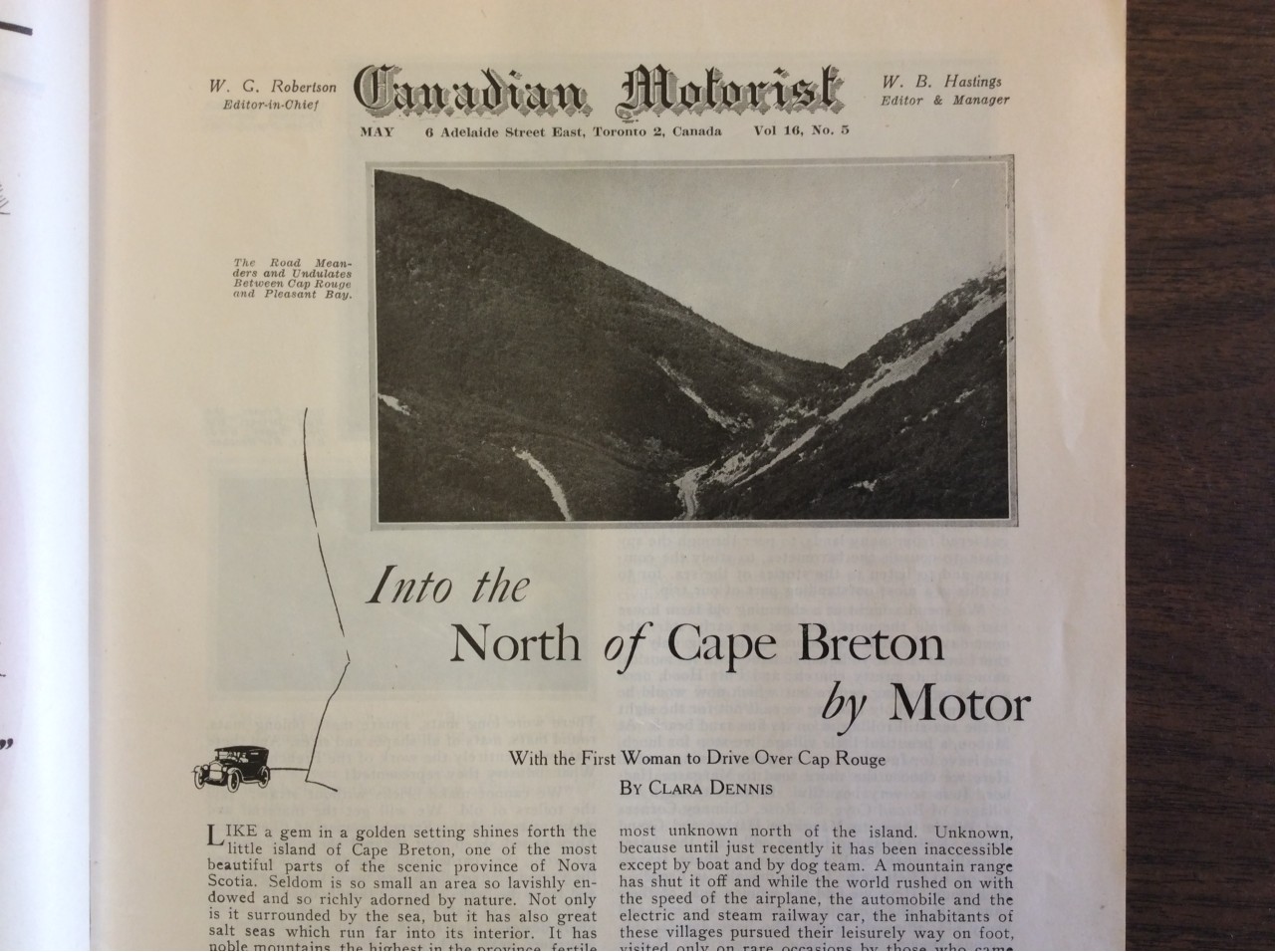 The post Trailblazing her way across Nova Scotia appeared first on WHEELS.ca.