V8-Powered Cars You Should Buy Now

Death is a part of life. That’s a fact we may choose to ignore, or even at times fight against. But the cruel reality is that everything has a spring, and a winter. And it’s looking more and more like we’re heading for a winter of the V8 engine.

I love V8s. I grew up hearing sermons preached from the muscle car mound by my barely literate elders. They boasted the unbeatable, barely tameable nature of god’s only truly righteous creation; the V8 engine. Subconsciously, my bias was taught to me.

Sure, I went through a rebellious phase in college, where I experimented with rotaries and four-cylinders. And now, as a post-hip, liberal, urban 30-something, I like to think of myself as open-minded enough to try anything at least once. But if I’m really honest with myself, V8 engines are my true north.

It’s sort of like when someone gives you a really nice glass of wine. Sure, you can appreciate it. Even enjoy it for what it is. But if you’re being honest with yourself, you sort of wish you were drinking Jack Daniels. It’s hard to change who you are in your heart of hearts.

The V8 is flawed. In terms of power, there are many, many replacements for their displacement. And there are certainly more economical engines. Hell, there’s even a case to be made that a V8 is something of an engineering misstep — it’s inherently unbalanced when compared to something like an inline-six.

But in terms of character, presence, and noise, nothing beats a V8. A V8 is violent and raucous. It’s empowering and menacing and primal. A V8 engine represents everything that’s good and fun about cars.

And in 2022, the V8 has never been better. Offerings from Ford, GM and of course Dodge are able to give customers previously inaccessible, untamable levels of power. The Lexus 5.0 seems like it has literally perfected the V8.

Which is why it’s perhaps even more sad to see the V8s go. But the V8s are too thirsty, too inefficient, too dirty. And there are simply better, smarter paths to power in our future.

These are the ones that are soon to be on the chopping block. And the ones you should buy now, while you can.

Leaked images have already revealed the upcoming Mustang refresh for 2023 — the rumored “S650”. There are all kinds of rumors and speculation of what new power plants will make their way into this updated chassis, including a twin-turbo V6, hybrid V8 and a full electric system.

Ford has committed to continuing the production of V8 engines for the foreseeable future, but that doesn’t necessarily mean those engines will be without the aid of a hybrid electric system.

Even if the new S650 Mustang does launch with a traditional 5.0-litre V8, there’s no guarantee the engine won’t eventually be phased out during the lifespan of the chassis and replaced by a more powerful and efficient alternative, such as a twin-turbo V6 or full electric system.

As for the 5.2-litre, supercharged “Predator” V8 powering the Shelby GT500, there’s been no indication it will continue past 2023, and as both GM and Dodge are ditching their own high-performance, supercharged V8s, it can only be expected that Ford will follow. 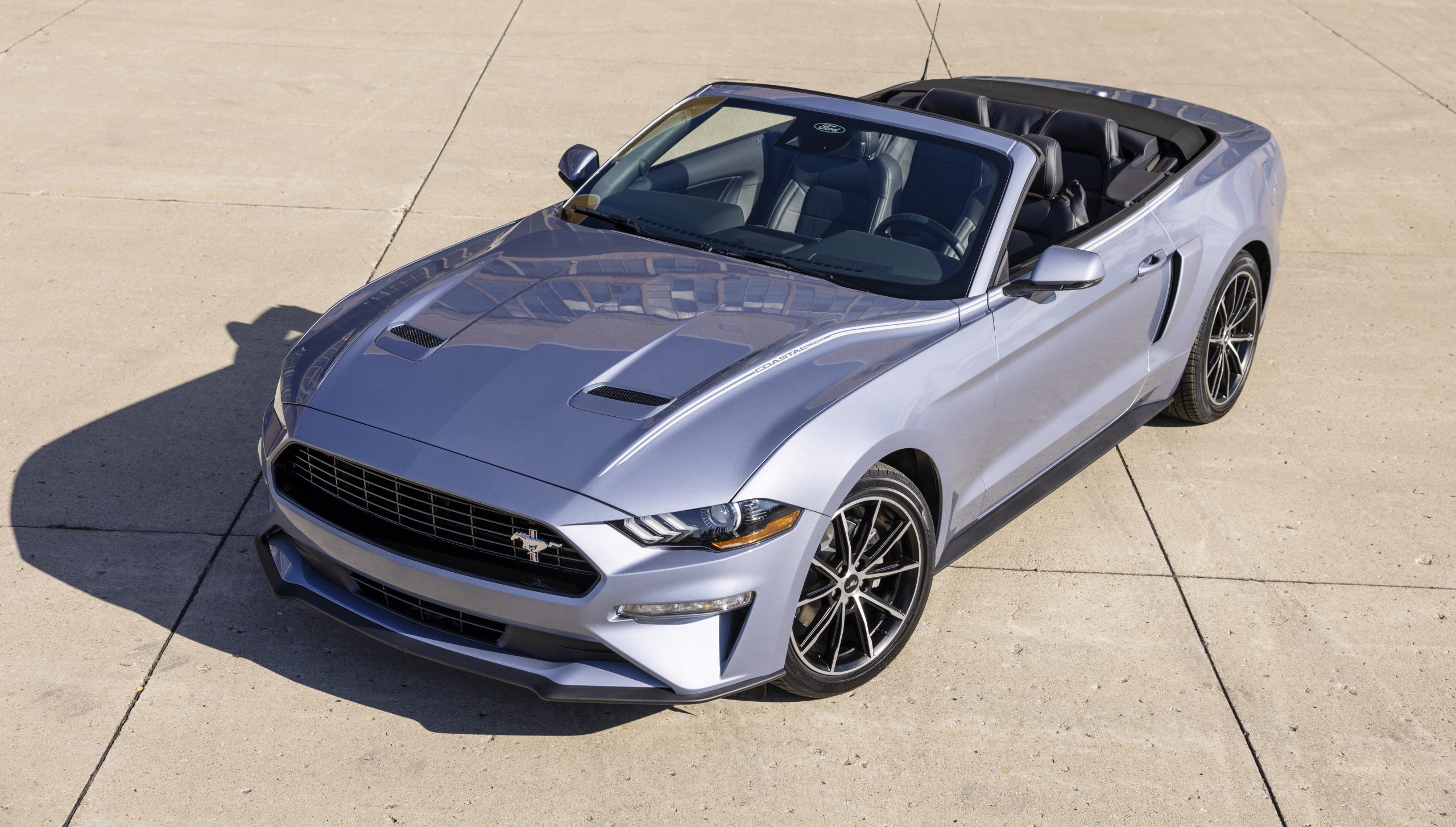 Ready for sadness? The Camaro in its current form will die in 2024, to be replaced by an electric sedan. At least, that’s the big rumor currently circulating.

When you look at Camaro sales lagging behind the Mustang and Challenger, as well as take into consideration the whispers that GM doesn’t want the Camaro to cannibalize sales of the Corvette (and vice versa), the performance capabilities of electric power, and how Dodge was able to find success by reviving the Charger as a four-door family saloon — this fundamental rethink of the Camaro doesn’t exactly seem out of the question.

Still, for the purists out there, these are likely the last few years to buy the Camaro as you know it — as a two-door, V8-powered muscle car. 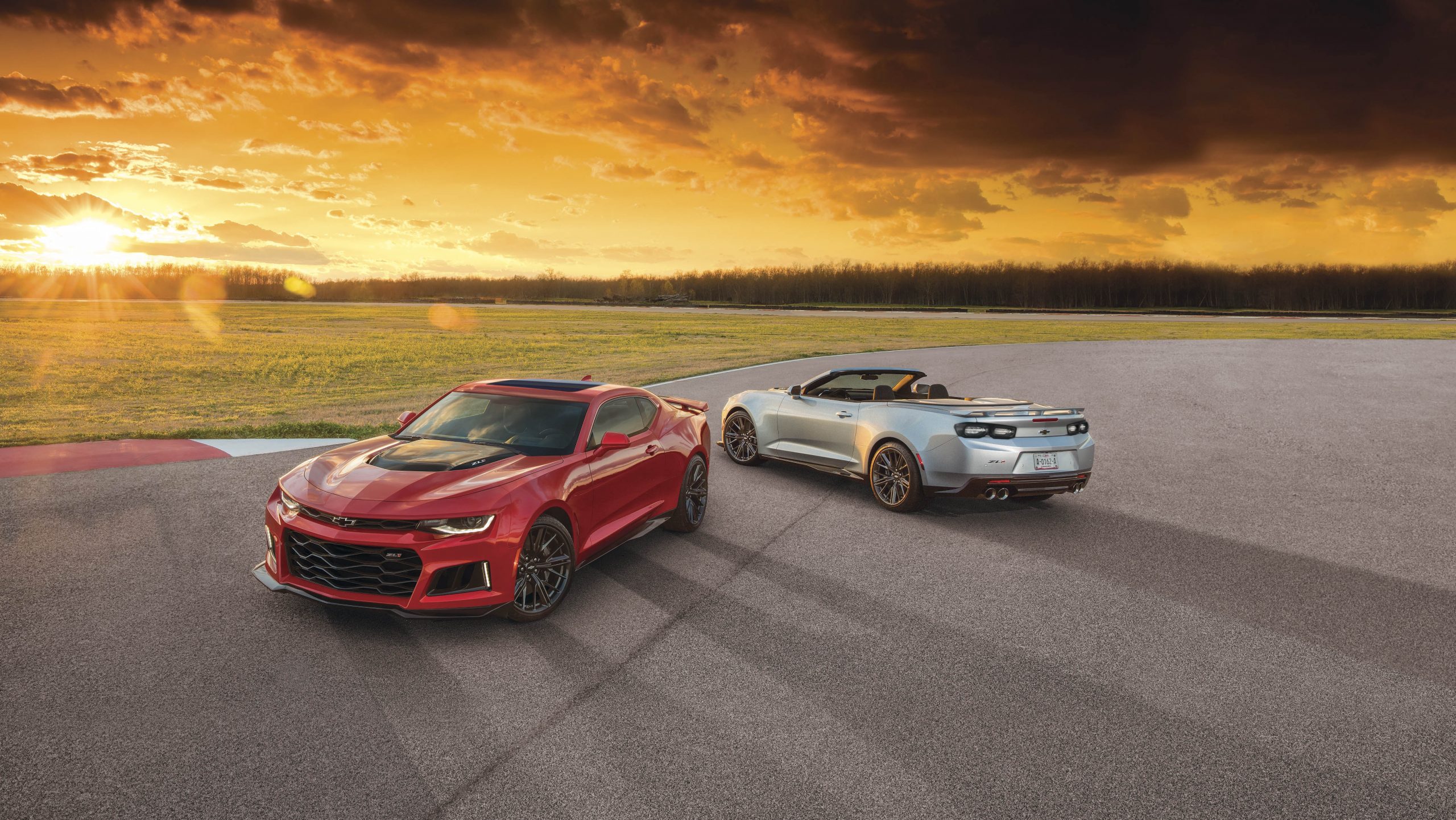 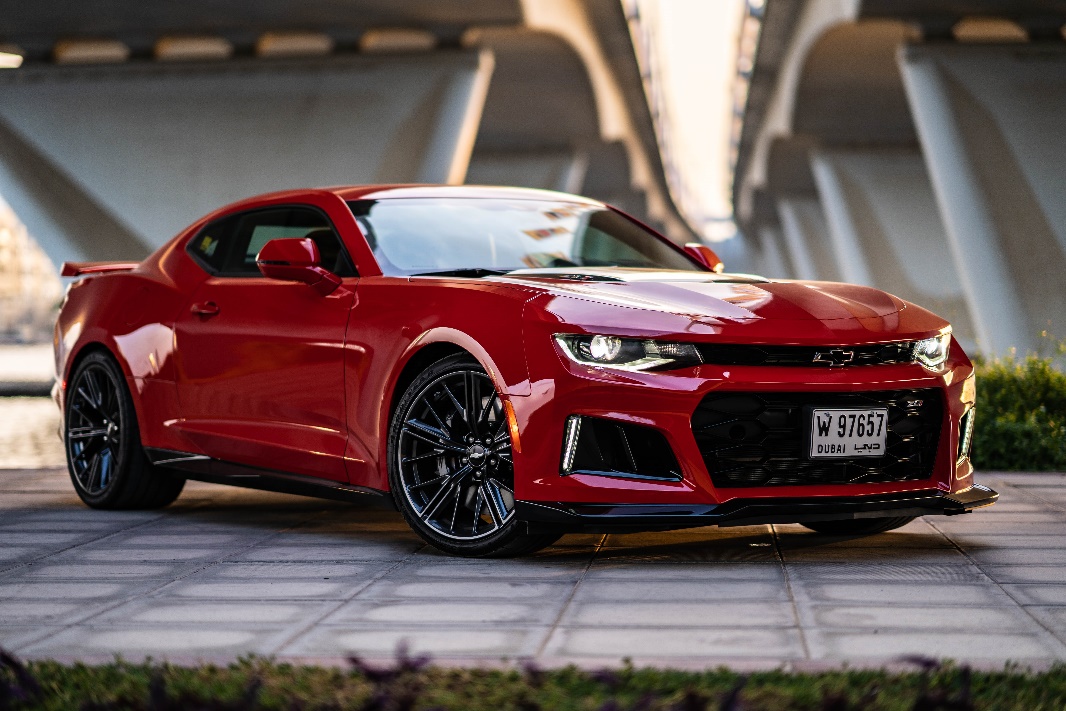 The general consensus is that this is the last V8-powered sedan Cadillac will ever make.

But what a way to go out — with a screaming, supercharged, 6.2-litre V8 producing 668 horsepower. Oh, and you can have it with a manual gearbox because, amazingly, Cadillac of all brands is one of the few nameplates who still understands the concept of “fun” in the year 2022.

There’s no telling when GM will pull the plug on the CT5-V Blackwing, so get yours while they’re hot. 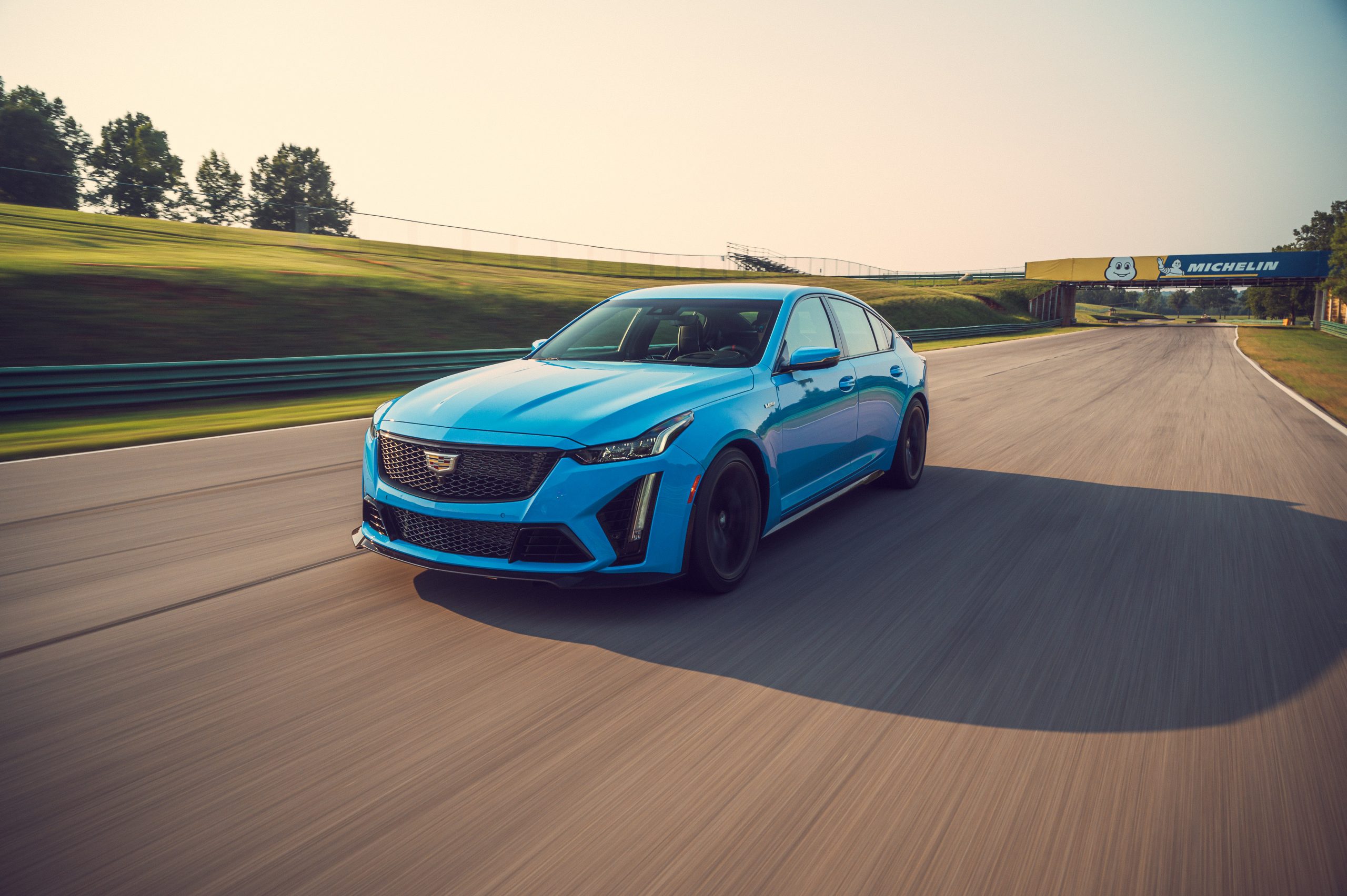 By now, most muscle car enthusiasts are aware that the Hellcat will die in 2023 as Dodge enters a new era, pursuing more efficient and modern performance routes — namely, the pursuit of the world’s first “electric muscle car”.

While there hasn’t been any confirmed death for the beloved and excellent “392” 6.4-litre, HEMI V8, the outlook is not so good as upcoming Dodge products will likely share a chassis with other Stellantis products — and will probably adopt some of their more efficient, smaller displacement drivetrains as well. Though, with Ram certainly not going anywhere, a 5.7-litre hybrid HEMI doesn’t seem out of the question.

Still, if what you crave is a supercharged Hellcat, now may be the best time to buy. You can only imagine how coveted they’ll be in the private market once the production line has stopped. 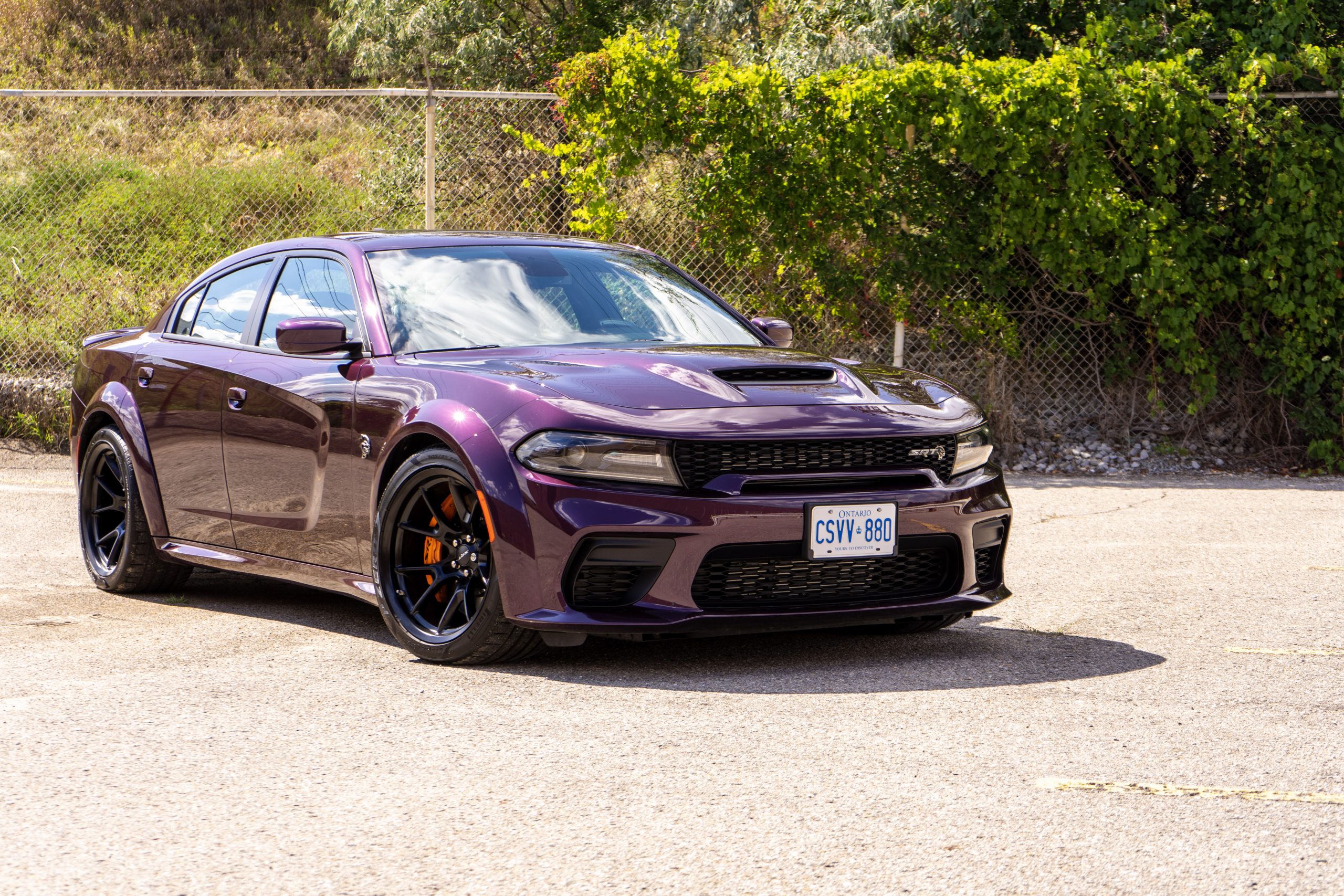 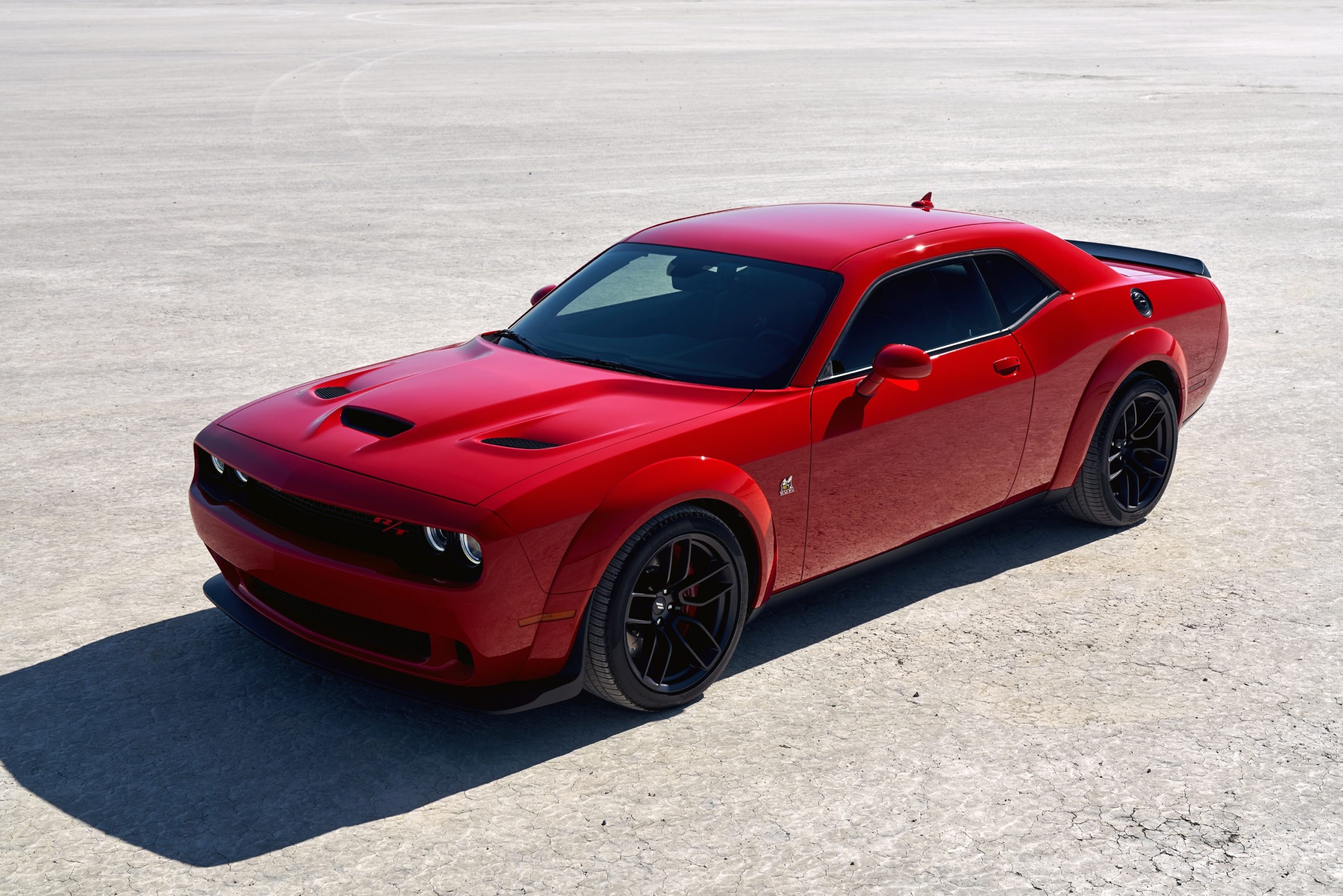 But Mercedes-Benz has canceled sales on all V8-powered cars for 2022, including those for AMG products, apparently because of a “supply chain” issue. That’s up to 17 different Mercedes models which no longer have a V8 option for 2022, and 10 AMG models which are simply unavailable.

Already ordered your 2022 Mercedes-Benz with a V8 engine? You’ll need to speak with your dealer and rework your order.

It’s unclear what the next steps for Mercedes-Benz are here, if the plan is to resume V8 production as normal, if it will resume in limited capacity to service V8-specific models like the AMG-GT and G-Class, or if this is just a hard stop.

Either way, it’s probably a safe idea to scoop yourself up a 2021 model, just in case. 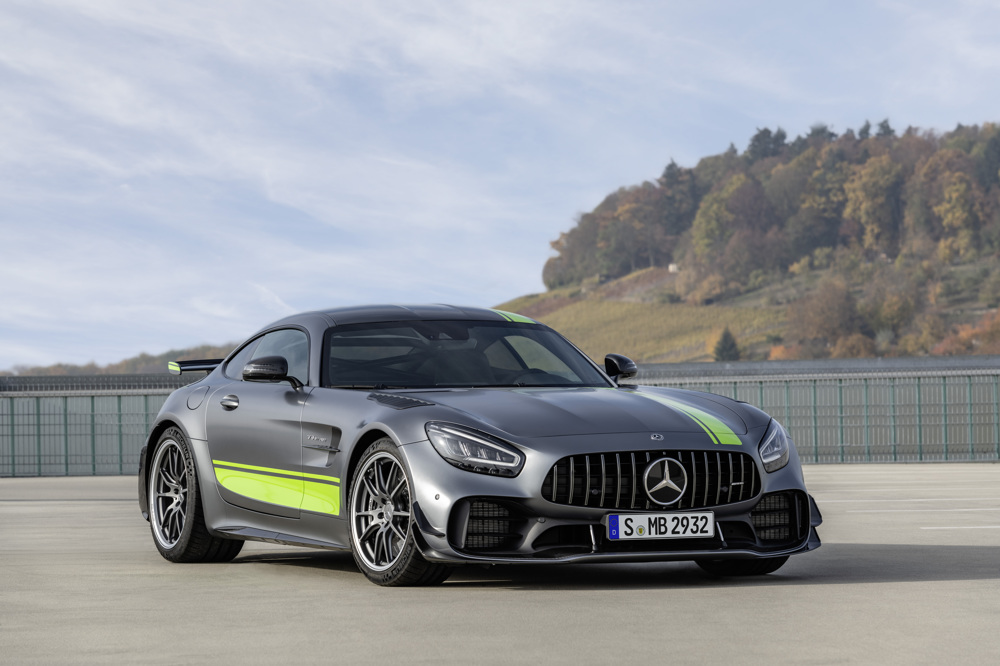 The post V8-Powered Cars You Should Buy Now appeared first on WHEELS.ca.