It’s the reveal of one of the most anticipated EVs yet. Say hello to the Volkswagen ID. Buzz, the electric van that is a tribute to one of the most iconic vehicles ever built and is ready to power an entirely new generation of drivers.

Volkswagen calls the ID. Buzz “the most emotional member” of the ID. electric vehicle family. It takes some of its key styling features and its boxy layout from the original VW Microbus. The Type 2 Volkswagen that drove a generation from 1959 through 1967 and is as popular today as it was back then.

Like the T2, the ID. Buzz is a mostly flat front and boxy shape. It has a VW emblem loud and proud in the nose, and the driver and front passenger are sitting as close to the front bumper as possible. Also like the original, Volkswagen is planning a passenger model and an ID. Buzz Cargo, with a long-wheelbase passenger model in the cards for North America.

The ID. Buzz runs on Volkswagen’s MEB platform, just like the ID. 4 crossover. Despite two wheelbase offerings, and a seven-seat option for the long-wheelbase model, all Buzzes will have the same 4,712 mm overall length. It’s enough for 1,121L of cargo space with the seats up and up to 3,900 for the cargo version with no rear chairs. 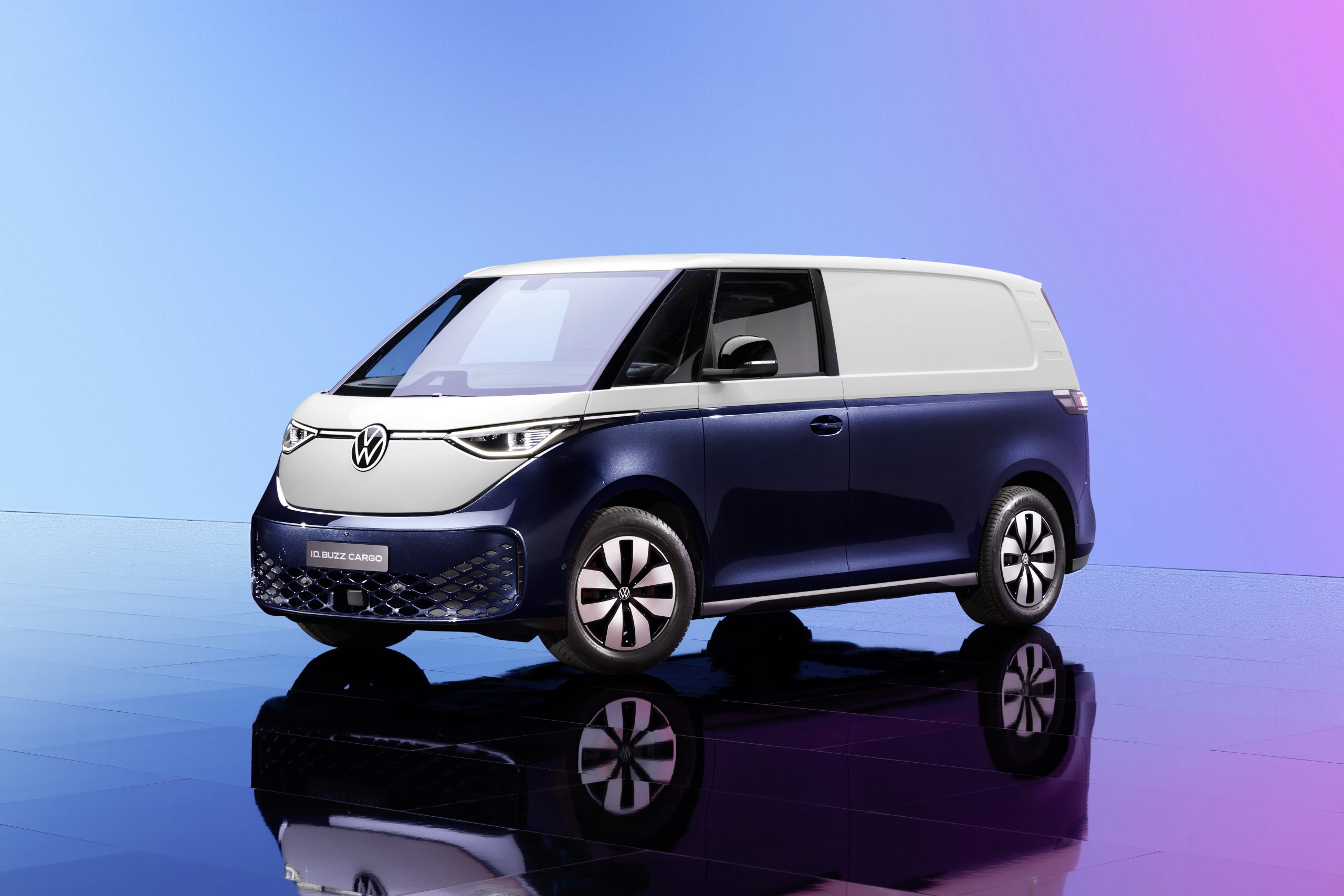 At the European sales launch later this year, just one engine will be offered. 201 hp and 229 lb-ft will be sent to the rear wheels while an 82 kWh (net) battery pack will be standard. More battery versions and more power output levels will follow a year later, so we’re not yet sure what Canadian buyers might find in store.

The ID. Buzz gets loads of LED lights inside and out, including a strip that runs across the nose and a line of LED taillights. These lights will offer a special welcome signature and a projection meant to help guide users to the vehicle. 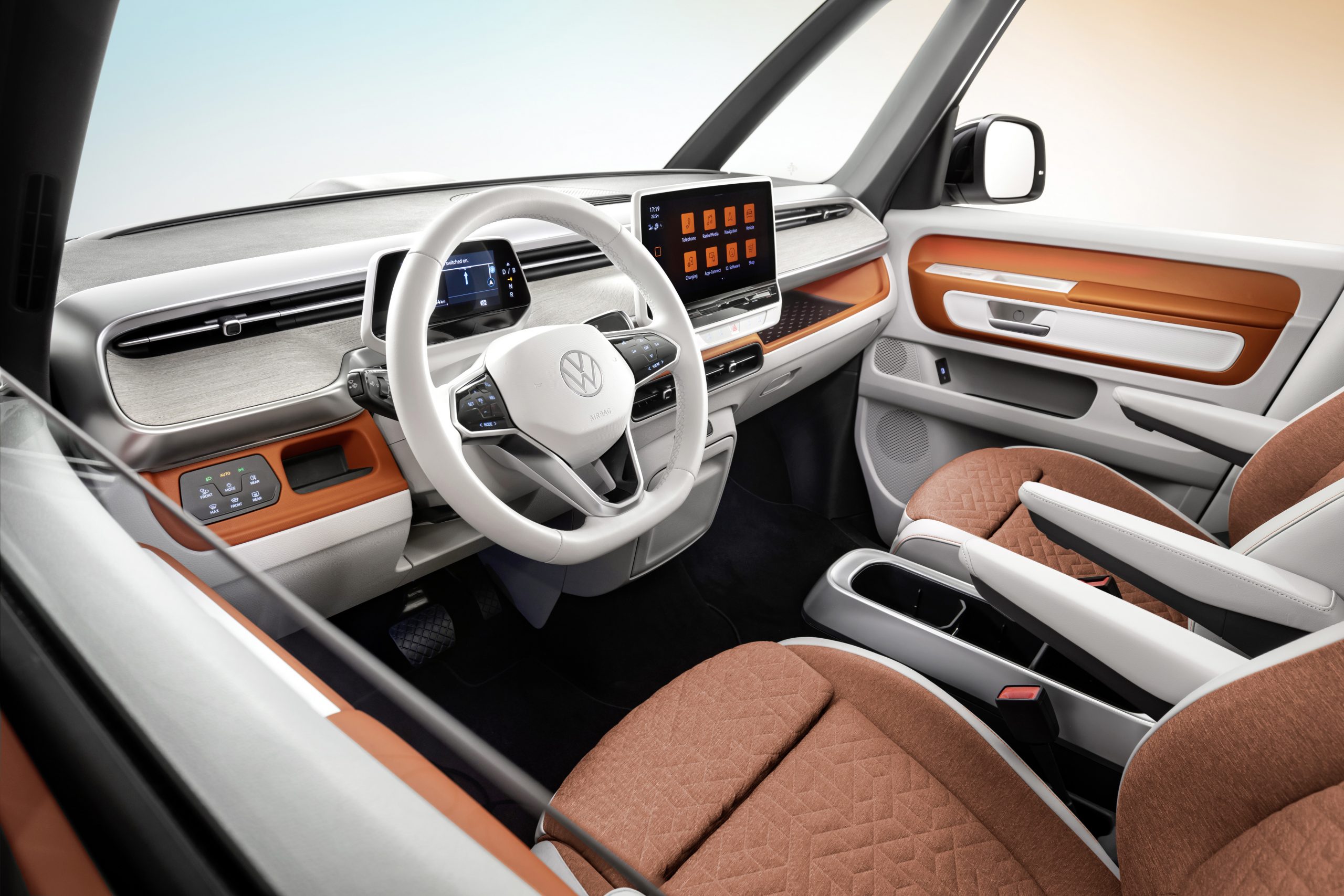 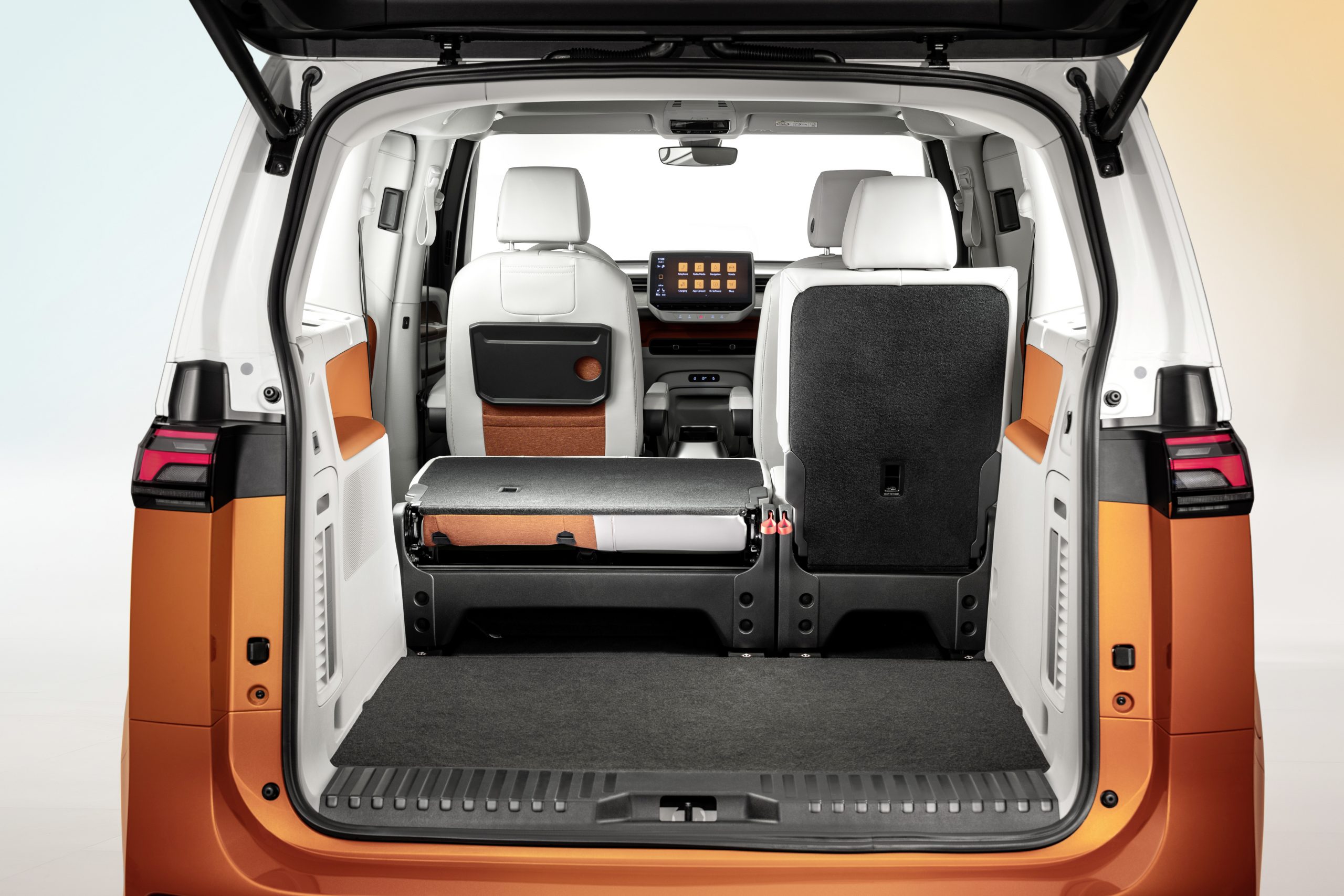 Inside, Volkswagen has given the ID. Buzz a colourful cabin with available two-tone seats. Easter eggs including a smiley face and a built-in window scraper will be just some of the highlights, while Volkswagen says that the cabin itself will use no leather and instead have recycled materials like fabric made with a yarn made from reclaimed and recycled plastics.

Other sustainability measures include organically based paint and batteries that use no cobalt.

A full range of driver assists will be offered including a new version of VW’s Travel Assist. This time, it will allow features like assisted lane changes at highway speed and can handle country roads lacking centre markings. Other tech highlights include a 10.0-inch digital cockpit display as standard and a 10.0-inch infotainment display that will use an interface similar to the touch interface of the new VW ID. 4.

While the Volkswagen ID. Buzz will go on sale in Europe in 2022, we’ll have to wait until 2023 to see the Canadian version and until the next year for it to go on sale. Expect some changes under the skin (like AWD), but for the important components to look like what you see here.