LAS VEGAS, NV – Volvo has made some big announcements at CES 2021, including becoming the first automaker to offer Google Assistant integration as well as adding YouTube to its in-car services. But the big storey is the automaker’s Ride Pilot autonomous drive system, which it is getting ready to start testing in what might be the world’s most important auto market.

Volvo calls Ride Pilot its “first truly unsupervised autonomous driving feature.” The system, using software developed by Volvo and Zenseact will use LiDAR sensors from Luminar to provide the vehicle’s “sight”. The Ride Pilot system is currently being tested across Europe and the U.S., and Volvo says it will start testing on the regulatory-friendly roads of California by the middle of the year.

Once the software has been validated, Volvo says, and regulatory approvals reached, the automaker plans to launch the system to consumers in California first. It will then gradually roll out to other parts of the world. Notably, the automaker says Ride Pilot means “when the car is driving on its own, Volvo Cars takes responsibility for the driving, offering the driver comfort and peace of mind.”

The first vehicle to get the system will be a new EV Volvo is planning to reveal later this year. It will have Luminar’s Iris sensor, part of a suite of more than two dozen sensors, as standard equipment from day one. It’s the software that will come later.

Coming much sooner will be Volvo Google Assistant integration. The service works thanks to the Android operating system used by the cars and will allow users to control their Volvo from any Google Assistant-enabled device. That means locking and unlocking as well as remote climate control, with more to come. Volvo drivers will also be able to control their smart home Google devices, like thermostats, lights, and more, from their vehicle. This function will be rolled out “in the coming months” to all Volvo vehicles with an Android infotainment system.

Lastly, Volvo is bringing YouTube in-vehicle, adding the video site to its offerings in the Google Play store. To start, Volvo suggests using the feature when at a charging stop, or when waiting for takeout, but the feature could also come in quite handy once Ride Pilot is enabled. 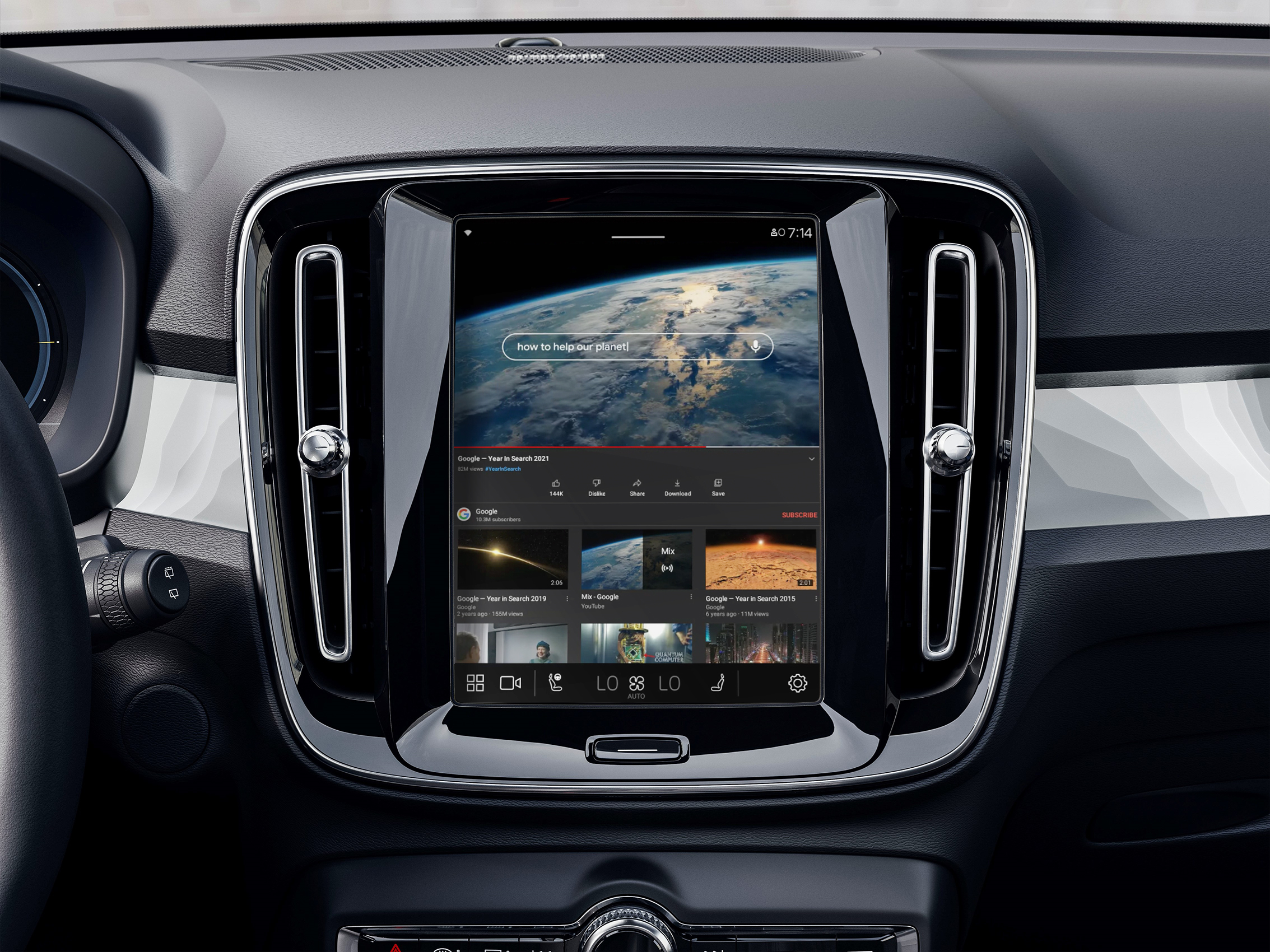 “Allowing our customers to watch videos while charging or when waiting to pick up their children from school is part of our promise to make their lives better and more enjoyable,” says Henrik Green, chief product officer at Volvo Cars. “With YouTube and other major streaming services coming soon, our customers can enjoy their charging break instead of seeing it as just a hassle – making electric car ownership that bit easier.” More apps are coming including Chargepoint and Plugshare as well as parking apps SpotHero and ParkWhiz.