Steve Elson is the first to admit he is the very definition of a fervent collector.

“I think you’re born with the passion,” he said. “I’ve always like old things and I’ve always collected things, ever since I was a kid. My mom used to drag me around to garage sales and antique shops when I was quite little. I collected everything. It’s the passion of it. I still have a little box with the bird skulls and mouse skulls I found as kid. I kept everything.”

The East York resident has been collecting Hot Wheels cars for 20 years and said he has amassing 700 of them. Like with so many other collectors, his interest in Hot Wheels – those die-cast cars first produced by toy company Mattel in 1968 – has roots in his childhood, but Elson only began seriously compiling his selection of miniature cars two decades ago.

“Hot Wheels came out when I was eight years old, the perfect age for toy cars,” Elson said. “I took pretty good care of them, so, when I found them 20 years ago, I went on eBay and I was amazed. These cars were selling for $30, $40 or $50 (U.S.). I probably had eight or 10 original Hot Wheels in good shape, so right then and there I decided I was going to start collecting and get all the ones I never had, as a kid.”

The popularity of collecting Hot Wheels has grown in recent years, and Elson said there are as many kinds of collectors as there are models out there. “My vision for Hot Wheels is pretty narrow. I only collect from 1968 to 1972.”

These cars he collects are the ones with the redline wheels, which have a red strip on the tires and where only produced for about a decade, and those with Spectraflame paint finishes, a process that gave the cars a realistic metallic look.

“I know a guy in California, who only collects blue cars with white interiors. That’s it.”

Elson said the nature of collecting has changed over the years. He cited huge shipping charges and rising auction prices as gamechangers. “I don’t want to get into an auction with a guy and spend $4,000 on a car that I think is worth $1,500, but that’s what’s happening.”

He said people who get into collecting these miniature cars need should have a personal reason to do so rather than just a financial one. “If it’s only about money you’d probably be better off in the stock market. Take a few flyers on the tech stock here and there. Some of the medical stocks are probably going crazy right now.”

Still, there are finds to be had, he said, as collections are unearthed from basements and attics. Even with the shift in the collector’s market, Elson said he thinks the hobby will continue.

“Hot Wheels have the advantage over other collectables because they still make Hot Wheels,” he said. “The kids today that are growing up with Hot Wheels are going to have when they’ve got a career, a family, kids and they need a hobby, and they discover their old cars and here we go. They’re back in.”

He also admits these 2.5- and three-inch miniatures take up less space than his former hobby – which was collecting antique glass bottles.

“Seven hundred bottles take up a lot more space than my 700 Hot Wheels. That was another thing that led me into this,” Elson said.

When Washington, D.C., commercial real estate executive Bruce Pascal isn’t selling property, he indulges his passion, tending to his Hot Wheels collection. With more than 7,000 pieces of memorabilia, including 4,000 die cast cars, his collection is one of the most valuable of its kind in the world and he often shares his most-prized items on his Instagram account, @pinkbeachbomb. Here he talks tells us about three of his favourites. 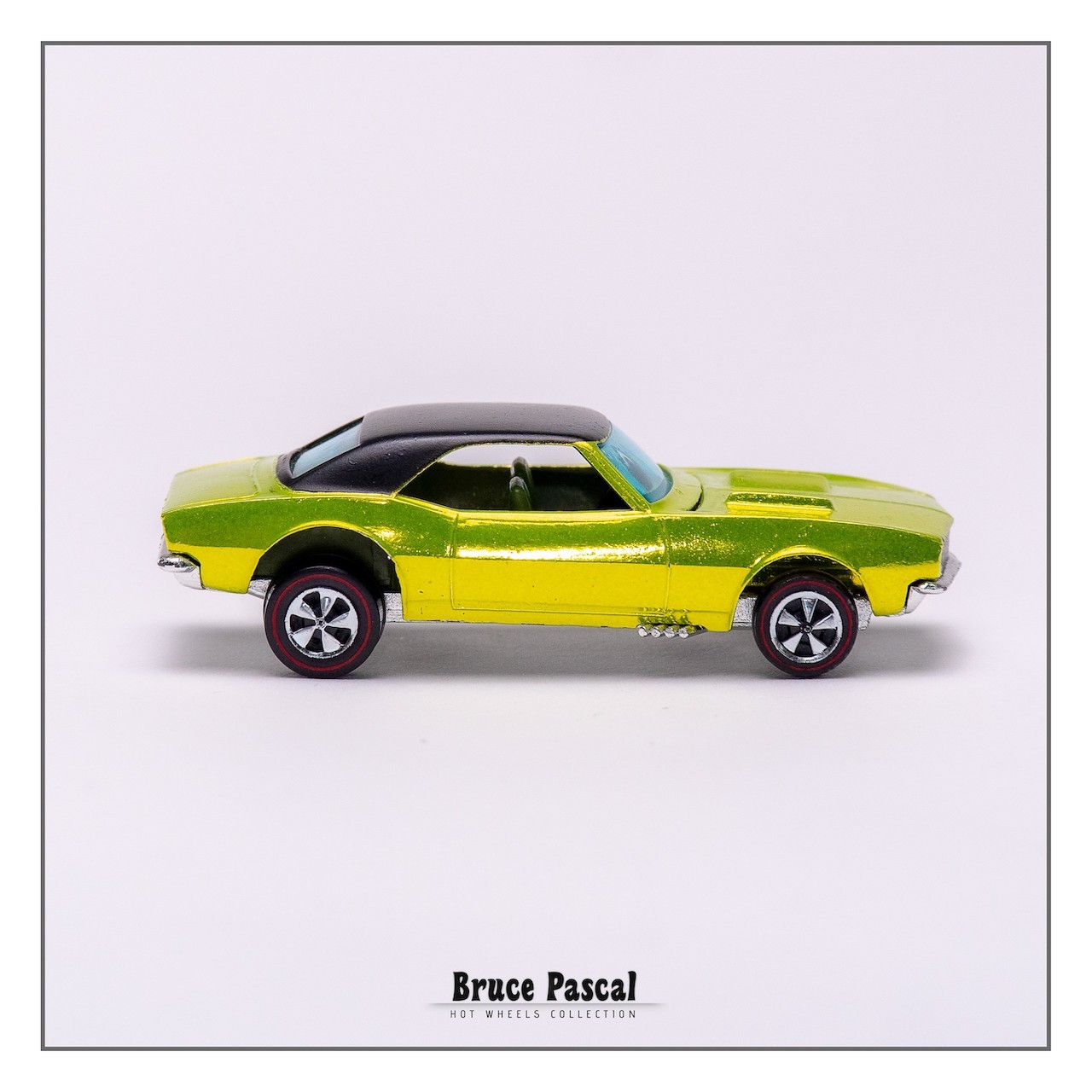 “When Hot Wheels first came out in 1968, Mattel wanted to have a car that sparkled for their TV commercials,” said Pascal. “They told the manager of their Hong Kong plant, ‘Make these cars look like Christmas ornaments.’” To achieve the glittering effect, the body, hood and chassis were Chrome-plated before the sparkling paint was applied. But they took a long time to make, so very few were made, and only 30 are thought to have survived. “They’re stunningly beautiful,” Pascal said. “And they are easily worth $20,000 (U.S.) and more in beautiful mint condition.” 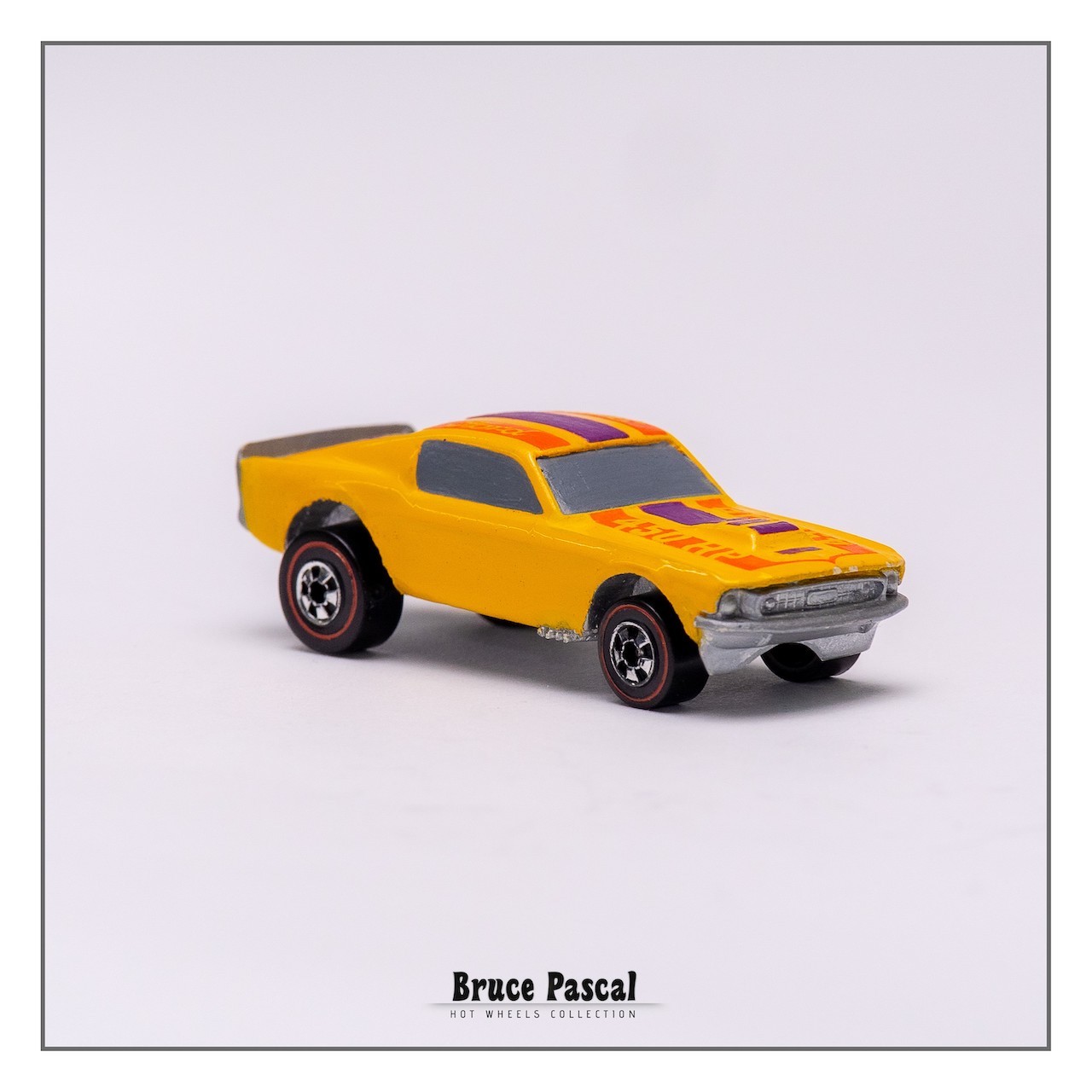 The cars you see in Hot Wheel catalogues from the early days aren’t always exactly the same as the ones you would eventually be able to buy. “Many times, Hot Wheels needed to make a catalogue of what next year’s cars were going to be before the car was able to be put in production,” Pascal said. “Mattel would always make a hand resin copy of every car, hand painted to look like the exact model that would be released to the public.” He said this Mustang is such a particular and popular casting in Hot Wheels lore, like Volkswagen buses – more of that in a second – so for that reason that particular car is probably a $10,000 car. 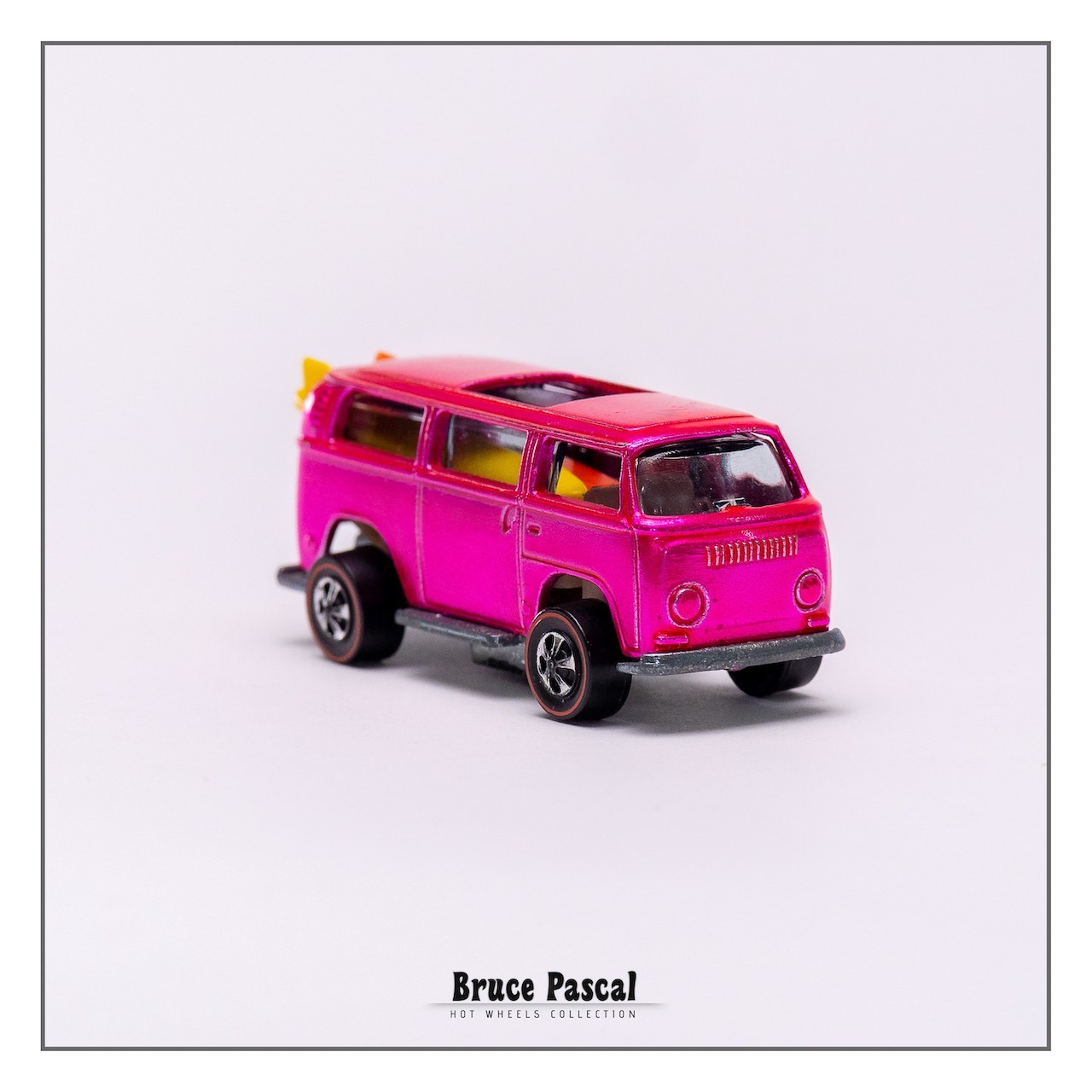 In 1969 a Hot Wheels Volkswagen bus prototype was tested and rejected after it tipped over after being spit out by the power-boosting Super Charger that was part of Mattel’s popular toy racetrack system. A new, improved Volkswagen Beach Bomb design became a huge seller, but what happened to the prototypes? “About 50 of them went into employee’s hands who gave them to their kids or kept them in a drawer.”  All these years later, only two Pink versions are known to exist. “This model is the Holy Grail in the hobby,” said Pascal, who has owned both. He sold one less-than-pristine edition but kept the mint condition Pink Beach Bomb for his collection. “I conservatively estimate its value at $175,000,” he said, “but It would take a million dollars for me to sell it.”

The post Why Hot Wheels are, well, still hot appeared first on WHEELS.ca.